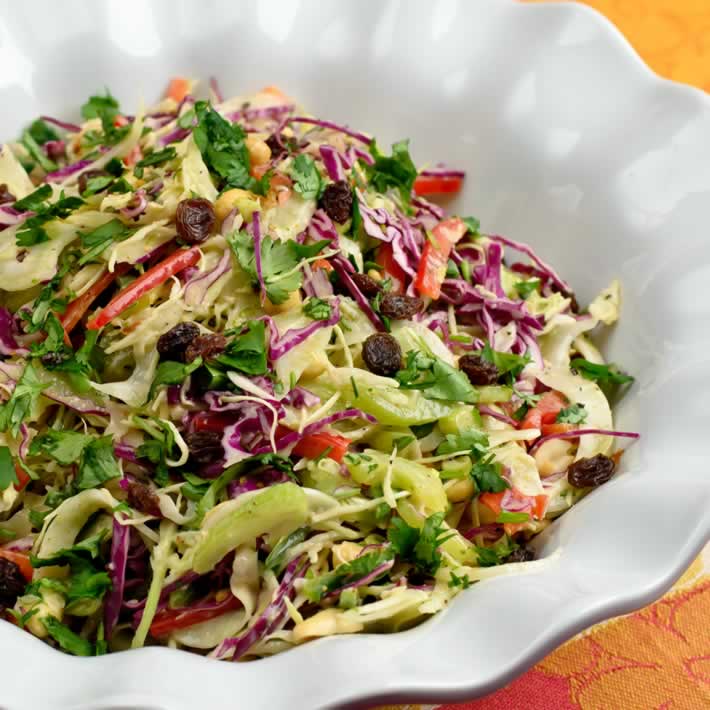 Maybe it was a month of chocolate recipe testing in February that caused my almost maniacal focus on healthy salads in March. Whatever the reason, I just can’t seem to get enough crispy, crunchy salad. 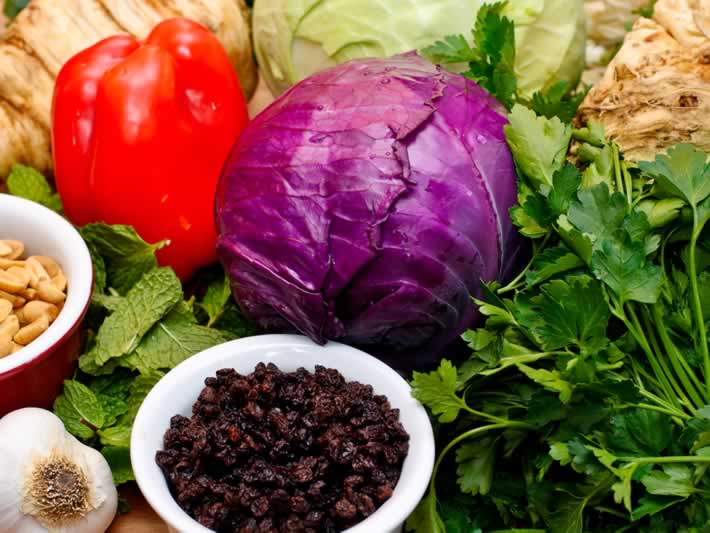 We are eating salads for lunch AND dinner this month, so the challenge has been to make each one uniquely flavorful and satisfying—so satisfying in fact that MauiJim is not clamoring for anything else. 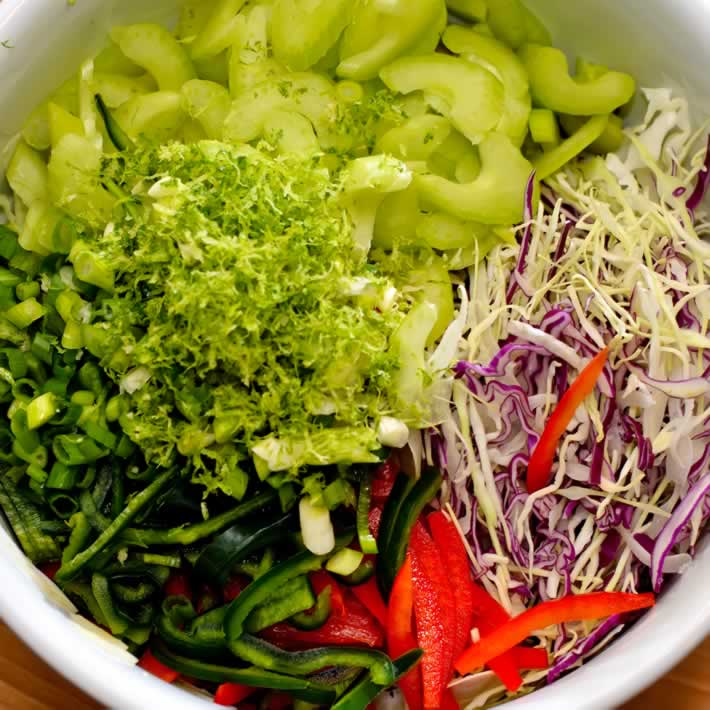 I just had to do a riff on Coleslaw, a salad that is too often a mundane, sloppy concoction, swimming in sweet dressing. 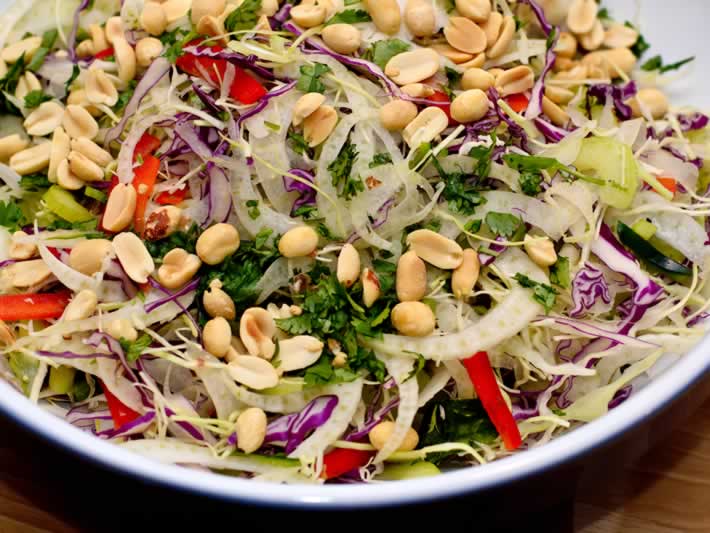 A little research revealed that the term coleslaw arose in the late 19th century. The name evolved from the Dutch named kool sla. Kool means cabbage and sla means salad. The English later changed it to cole slaw and eventually cold slaw. Today, you will often hear it referred to as simply slaw. 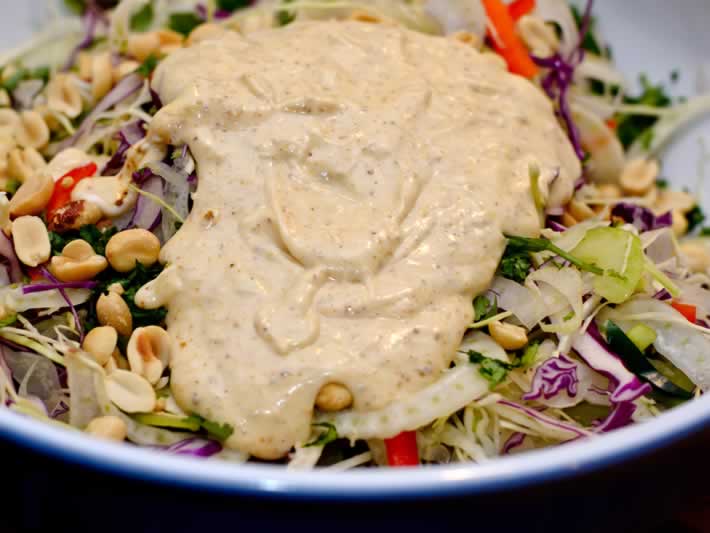 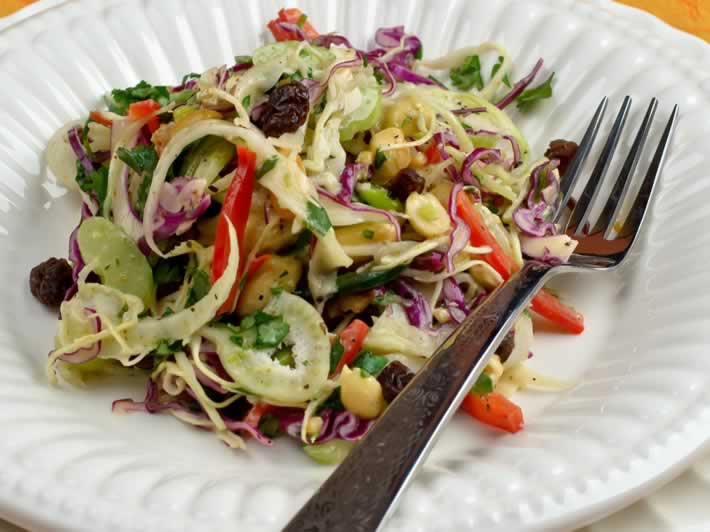 I love this salad. I could eat it happily every day: the crunchy peanuts, the abundance of veggies, the sweet raisins, the mint, the fragrant lime and ginger dressing. It’s wonderful as presented, but if you want to add a protein, grilled prawns make a dynamite accompaniment. And in case you have any leftovers, this slaw is magic as a topping for fish tacos.

I Love Hearing from You!

Please leave a comment. Include your blog URL so CommentLuv will automatically link to your most recent blog post. And join me at LunaCafe on Facebook for daily adventures in the OtherWorldly Kitchen. Let’s get cooking! …Susan