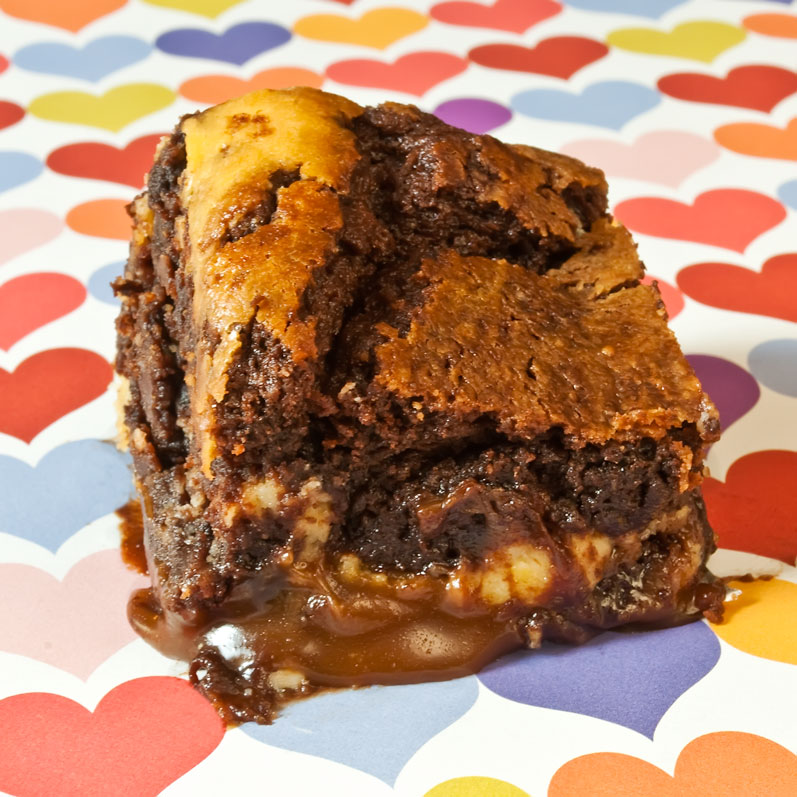 Folks sometimes ask what inspires my recipes. Such a hard question. Anything and everything is my truthful response. I am almost always thinking about food.

This brownie recipe, for instance, was inspired by the following nearly concurrent events: 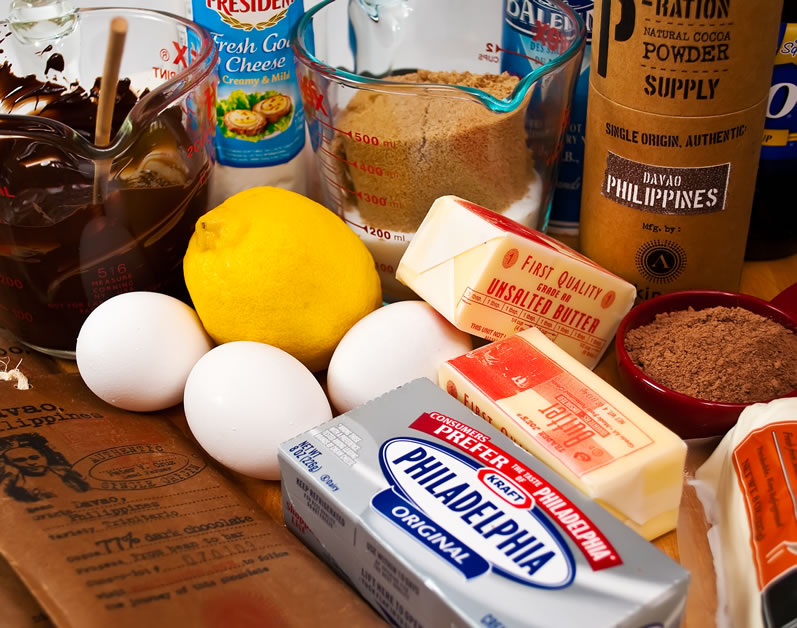 I had been procrastinating for weeks testing the cajita brownie idea, but something jelled with that throw down. Immediately after the show, I dashed into the OtherWorldly Kitchen and whipped up my Ultra Chewy Brownies (will post later this month) but with a few twists that would hopefully enable the batter to hold over 2 cups of caramel and chevre-cream cheese mixture, without becoming a gooey mess. 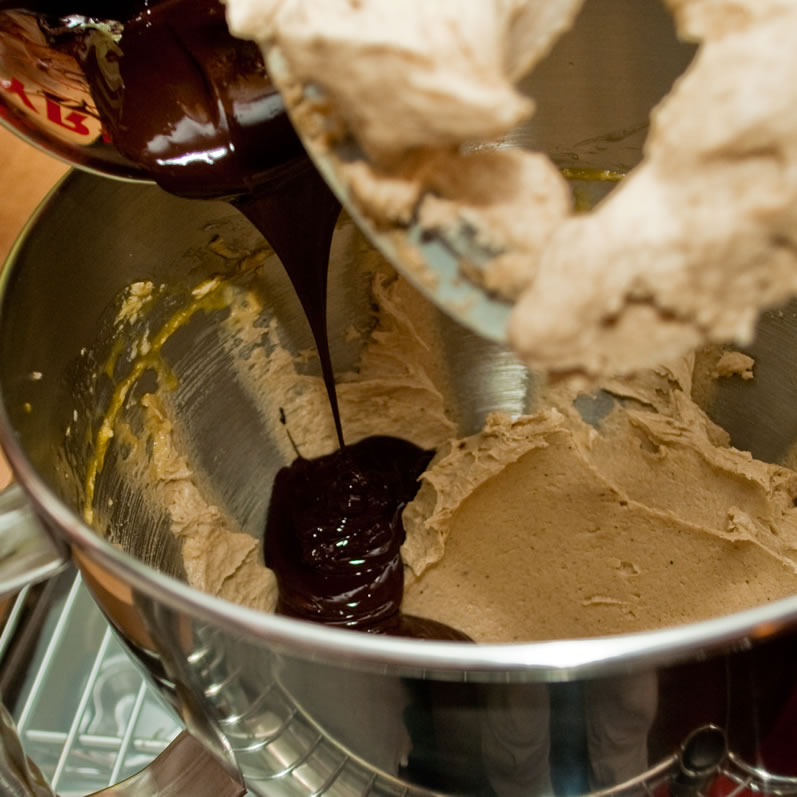 I liked the idea of chevre in the brownie (rather than in the caramel), but I didn’t want it to be too dominant, so I combined it with cream cheese and then added lemon to brighten the flavor.

Instead of making cajita (which takes a full hour and a quart of goat’s milk), I whipped up a creamy caramel, taking the sugar almost to burnt. 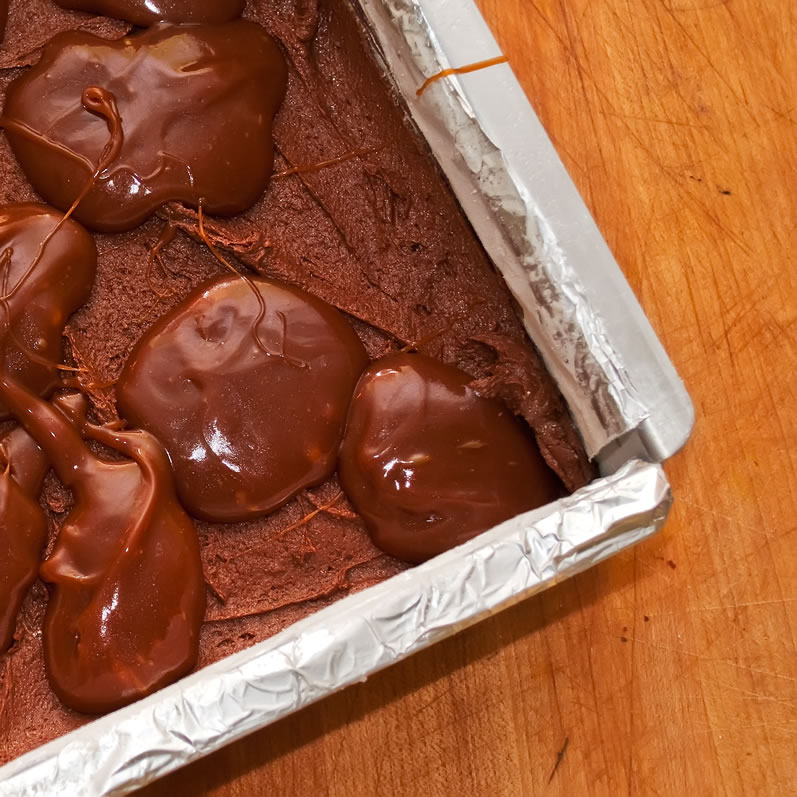 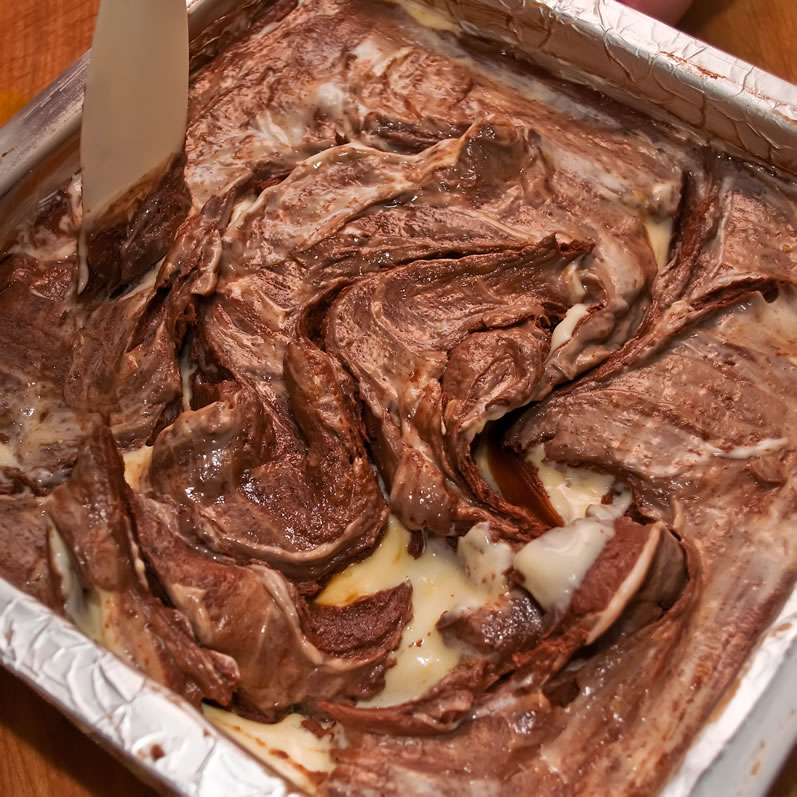 Next time, I will keep the caramel in the middle but spoon the chevre mixture on top of the final layer of brownie batter. Swirling it will be much easier this way and create a pretty contrast on top of the brownies. The caramel doesn’t need to be swirled; it seems to go all over the place on its own.

So there you have it: a wonderful new recipe unfolding out of the everyday occurrences of an ordinary life. As with all artistic endeavors, simply pay attention, connect the dots, and jump into action when inspiration strikes. Something delicious always comes of it. 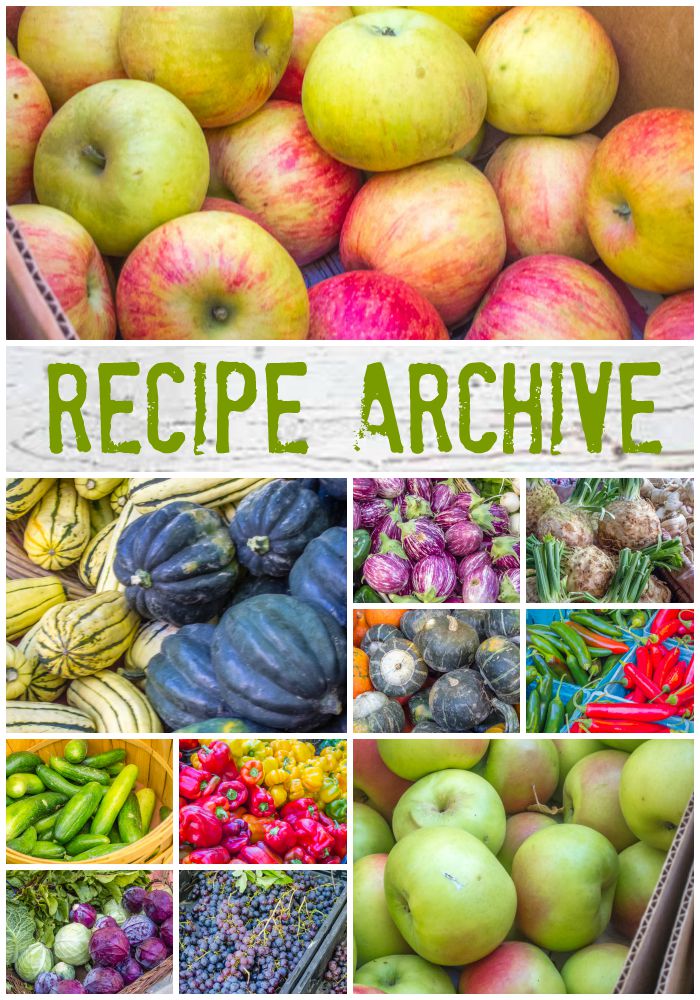 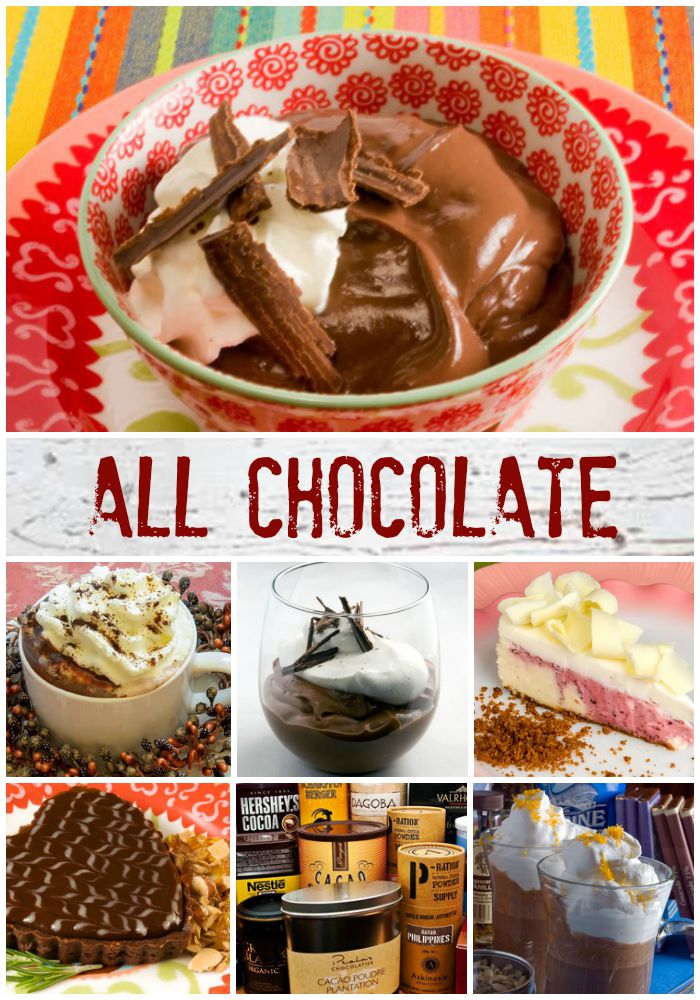 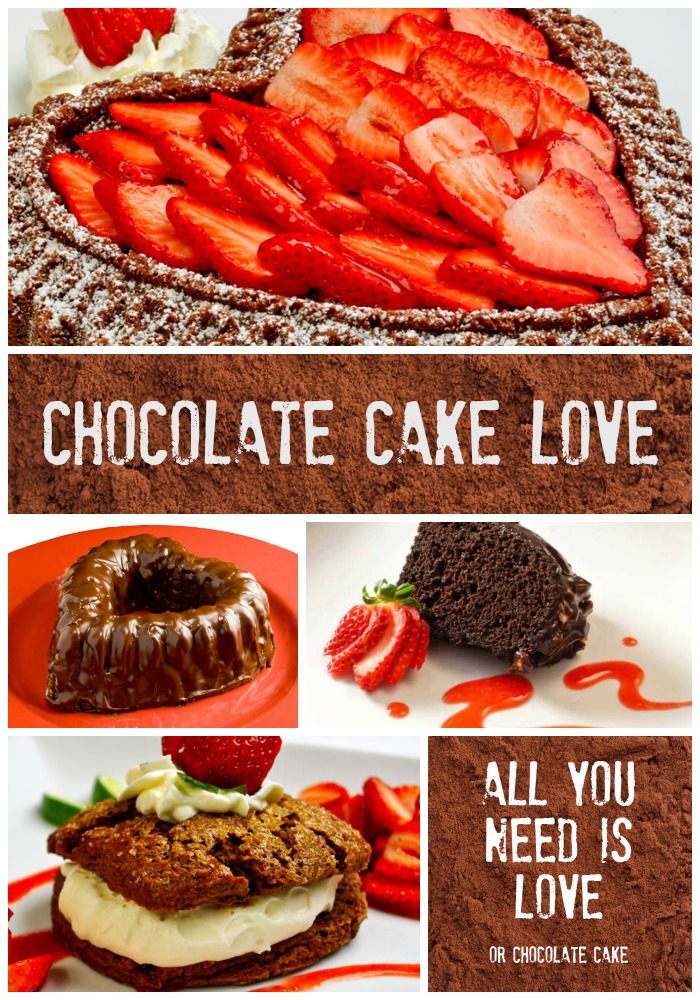 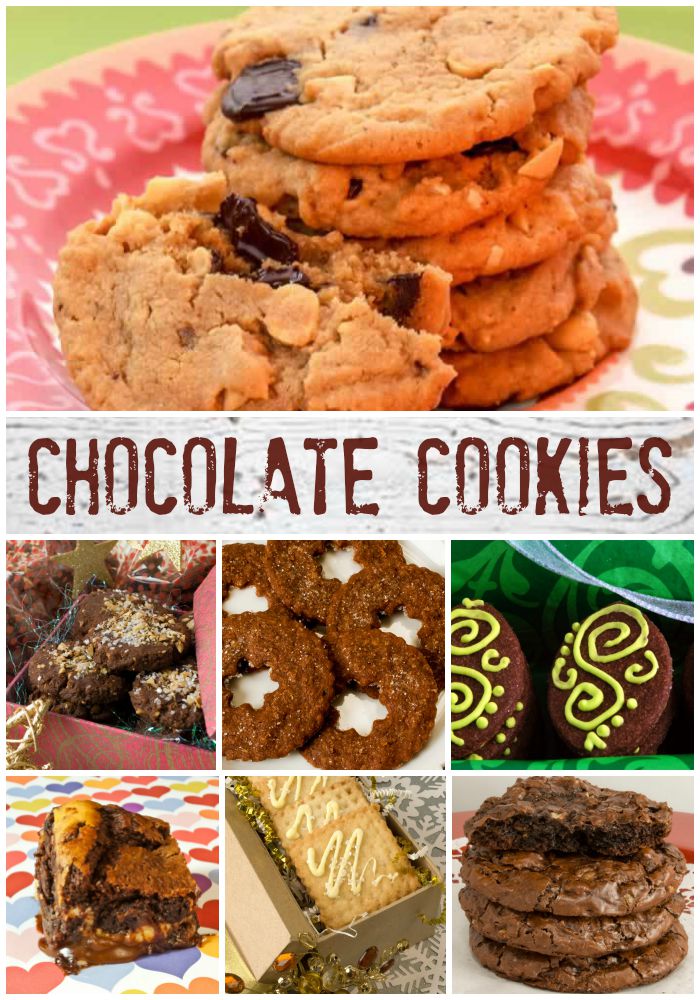