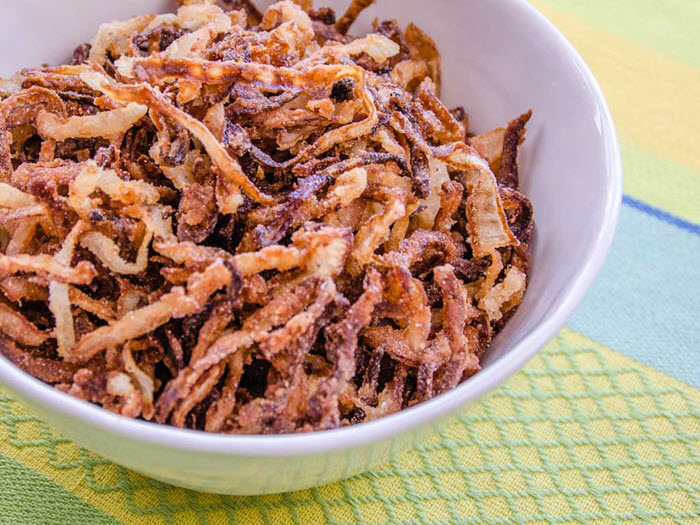 I use these addictive fried onions as a garnish for all kinds of dishes. They are the ultimate embellishment to soups, chiles, burgers, rice pilafs, and even mashed potatoes. 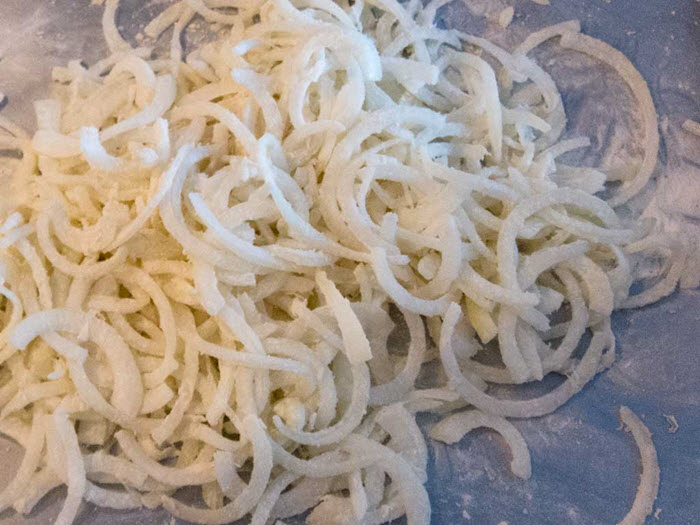 But one person I know (hey, you know who he is), BEGS me to make them for him for no reason at all and then proceeds to eat an entire batch without coming up for air. 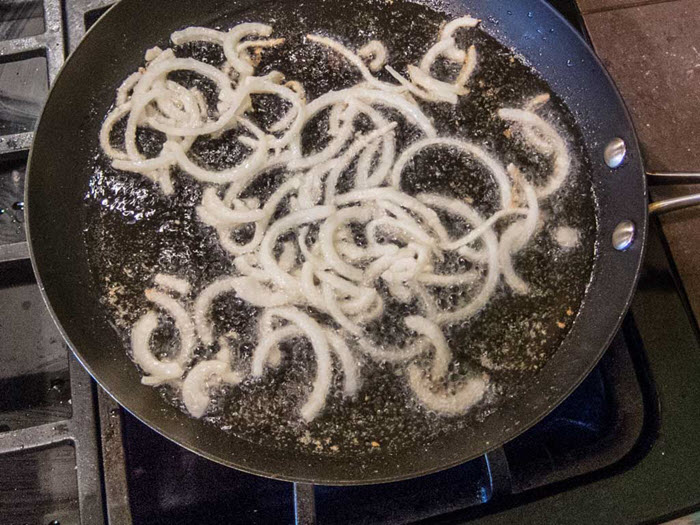 But more importantly, they have more onion flavor than typical onion rings, in which only the coating is browned and the onions inside are oftentimes just barely cooked. 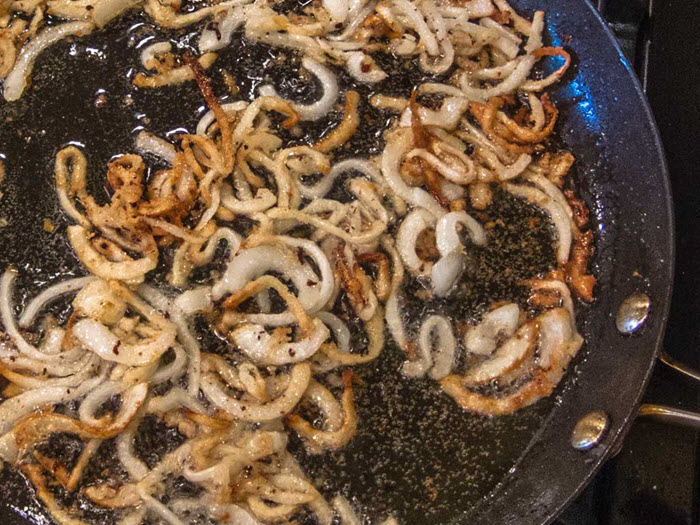 In any case, you definitely want Frizzled Onions in your cook’s arsenal of crowd-pleasing tricks. And if you end up eating an entire batch yourself on occasion (crunch crunch), no one will blame you. 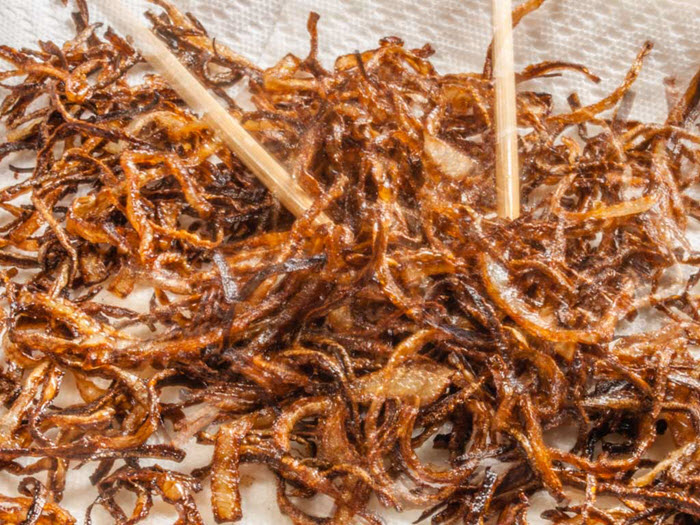 While it isn’t absolutely necessary to coat the onions with flour and rice flour, it makes it easier to obtain a lovely golden brown color without burning the onions and also adds a pleasing crunch.

Ingredient Note   I discovered the magic of rice flour for coating French fries and other fried nibbles long ago while noshing the incredibly light and crisp fries at Anthony’s HomePort on Lake Washington. They are still the best I’ve ever tasted. I asked the server what accounts for the unique texture, and with his answer I ran back to the OtherWorldly Kitchen and amended most of my recipes that called for a flour coating prior to frying. I even reengineered my fried chicken recipe, now titled LunaCafe’s Spicy Fried Chicken, which subsequently won first place in a Twitter challenge.

Ingredient Note   Leeks (white part only) and shallots can also be frizzled.