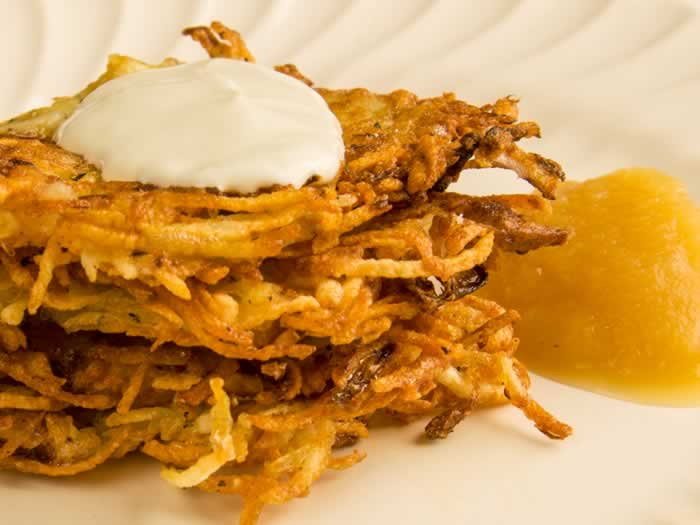 Let’s kick this post off with a confession, shall we? My Mennonite grandmother, Mary Pullman Stahl, doyenne of all things good to eat, never made latkes (pronounced lot-key). In fact, I doubt she knew what they were.

She did, however, make world-class potato pancakes. And yes, they were accompanied by homemade applesauce. And sour cream. Much like traditional latke. 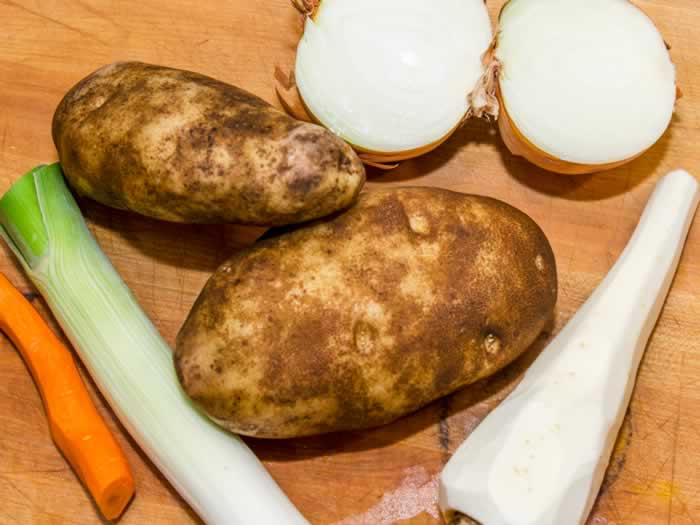 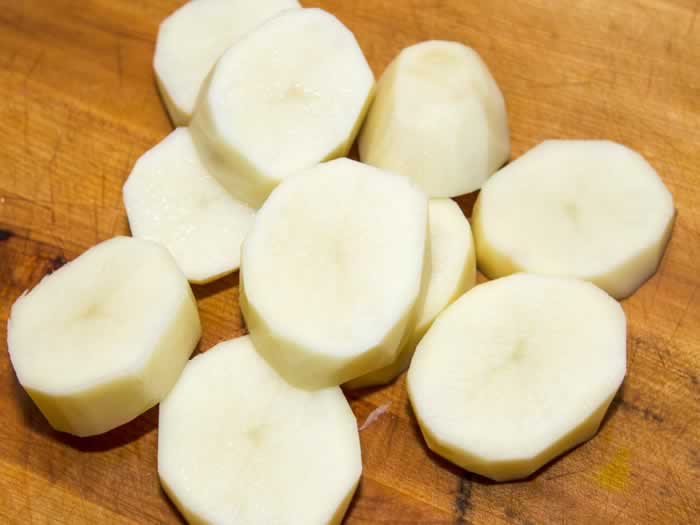 Apparently, I’m not alone in this culinary quest. Chefs across the country seem to have a newfound interest in latke as well. Check out the links below for some inspired examples. 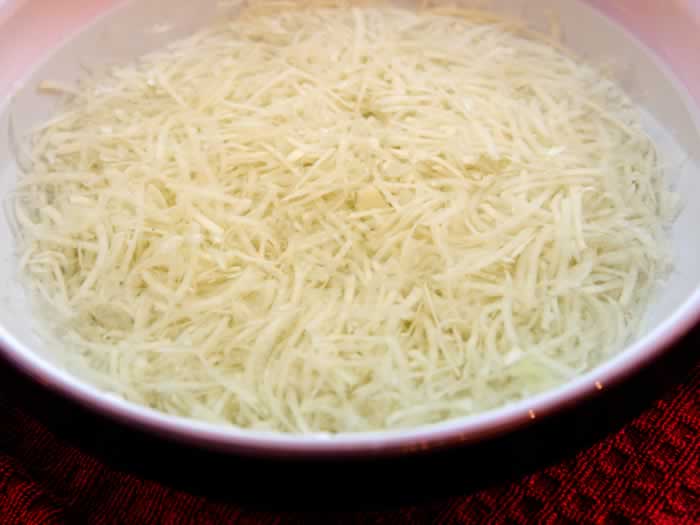 But first, before we can transcend tradition and get our creative mojo on, we need to know how to make the absolute best latke in the world. 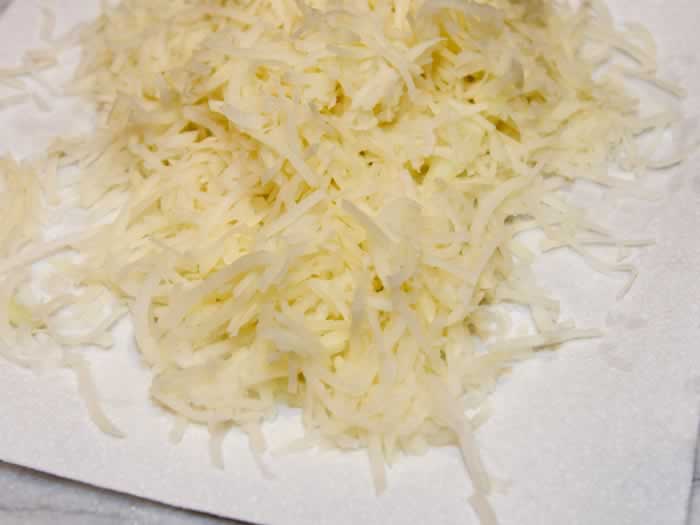 Below, I share a list of tips I discovered over several rounds of latke testing. But first, let me say that #4 through #7 is a departure from every latke recipe I have read. My grandmother didn’t soak the shredded potatoes for her potato pancakes. 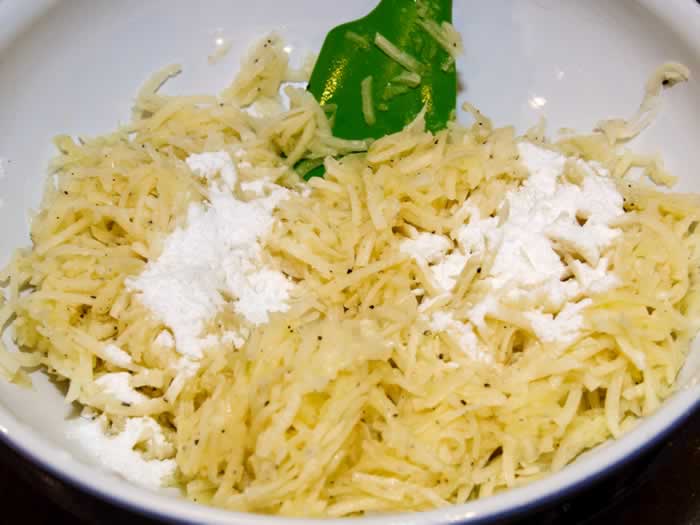 This renegade approach comes from a recipe I taught to culinary students at the Northwest Culinary Academy as part of a class on the humble potato. 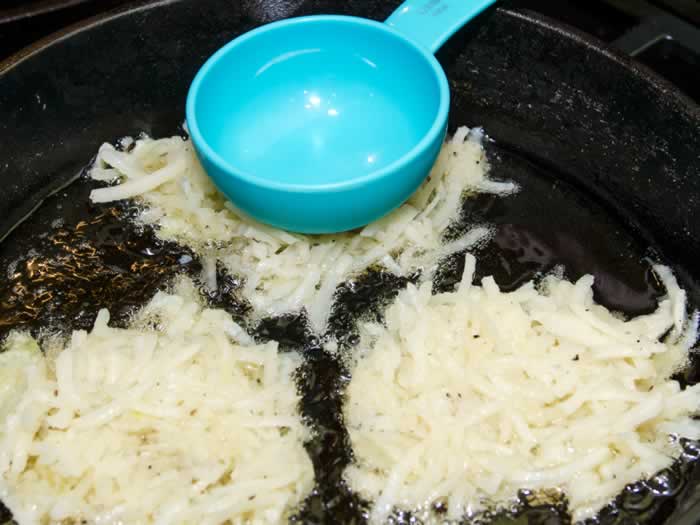 It’s the to-die-for Potato Leek Cake from the inestimable Paula Wolfert and her marvelous cookbook, The Cooking of Southwest France. Ms. Wolfert calls for removing as much starch from the potatoes as possible before frying. 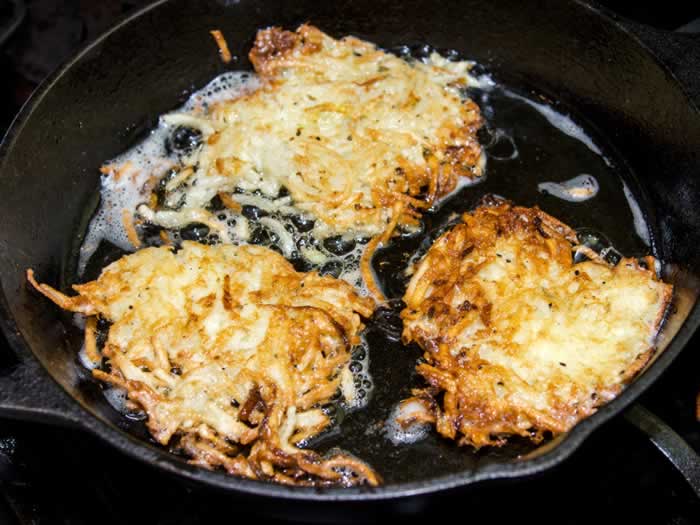 It’s an approach that yields the lightest, crispiest potato pancakes ever, and I highly recommend it. 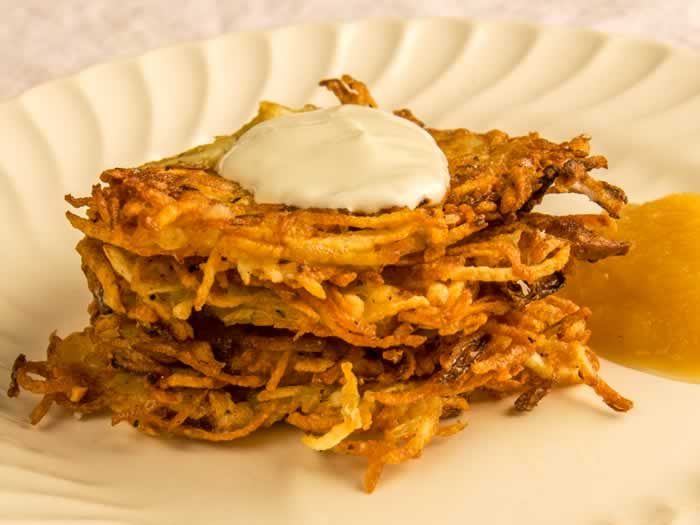 Not My Grandma’s Latke

My Grandma Mary would have loved these latke. Crisp, crunchy, and completely addictive.

Serving Note Latkes are best eaten right out of the skillet, but can be kept warm in a 300ºF oven, if needed. 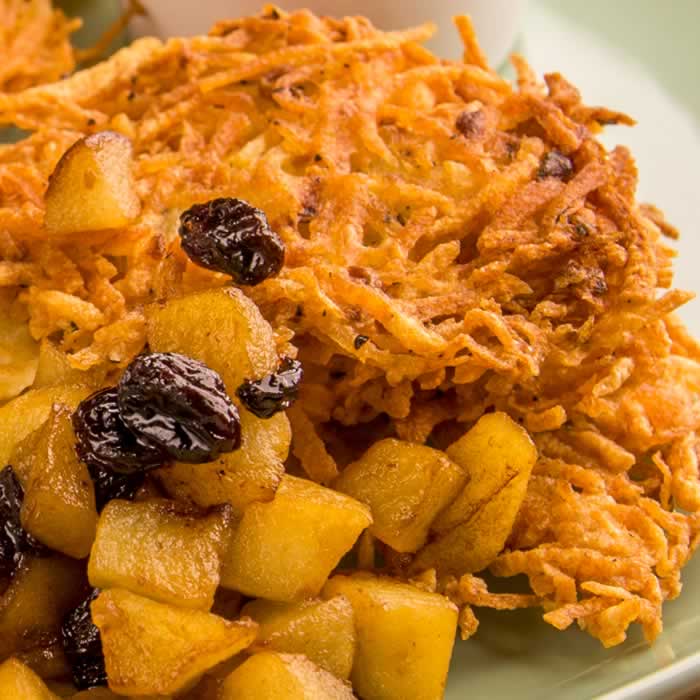 There are so many great ways to vary and present latkes. Take a look at this Pinterest Search. Here are a handful of easy variations you might try the next time potato pancakes are on the menu.