Everything you need to know to make the best oil-poached tuna you’ve ever tasted. 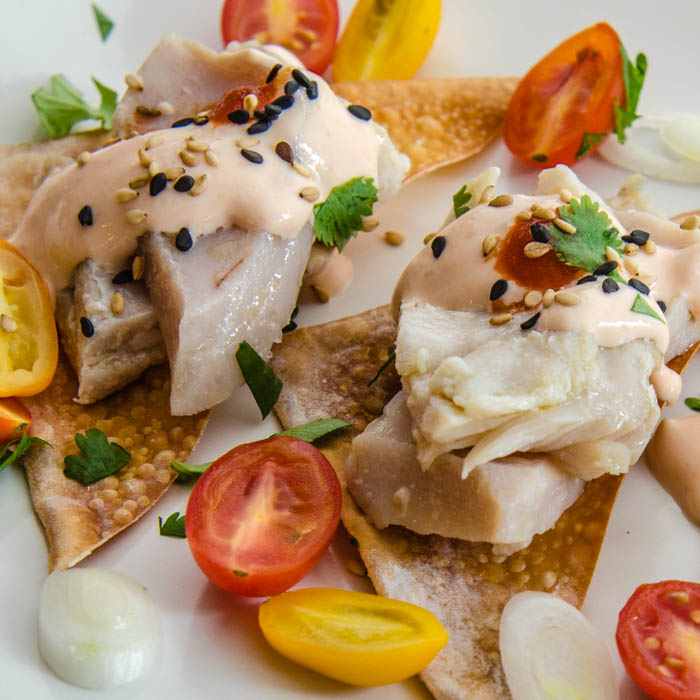 I grew up on oil-canned tuna and can’t imagine that long ago childhood without its ubiquitous tuna salad sandwich–on Wonder bread, oozing with mayo, sweet pickle, and flaked tuna. If I was feeling fancy, I topped it with a slice of American cheese. 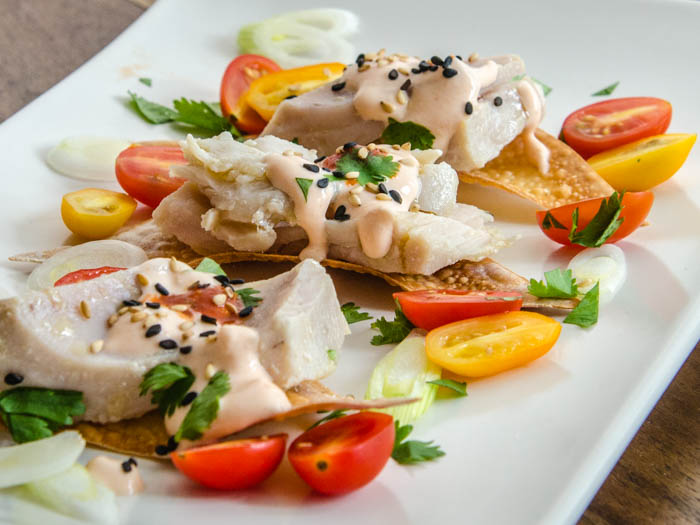 But later in life, my love affair with tuna faltered when grocery stores replaced oil-canned tuna with dry, mealy, water-canned tuna. No thanks.

Of course, seriously good oil-canned tuna still exists–in specialty markets, for a price–but recently it occurred to me to simply make my own. Why not? September is Oregon Albacore Tuna Season after all. 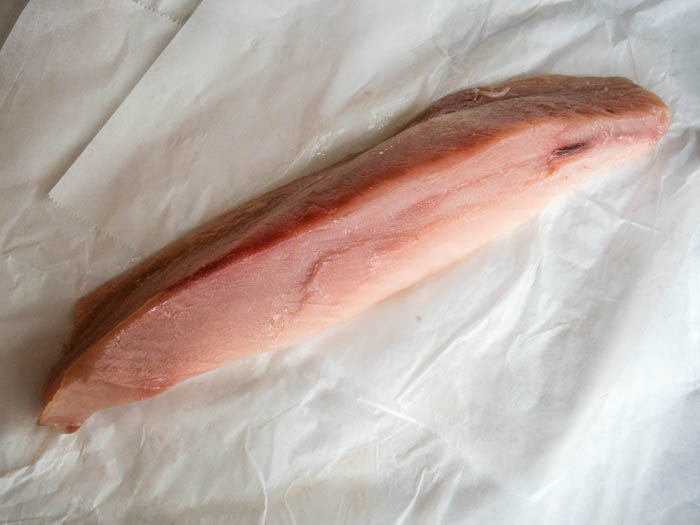 So I strolled to my fave Portland seafood market, Newman’s Fish Market in City Market NW and talked to new owner, Angela Amos, about the ins and outs of cooking fresh tuna.

In Portland restaurants, I most often encounter tuna either raw or almost raw with a quick surface sear only. I wanted big, juicy flakes of tuna to incorporate into salads, pastas, and noshes. Angela suggested poaching in olive oil–a cooking method used widely in France and Italy. 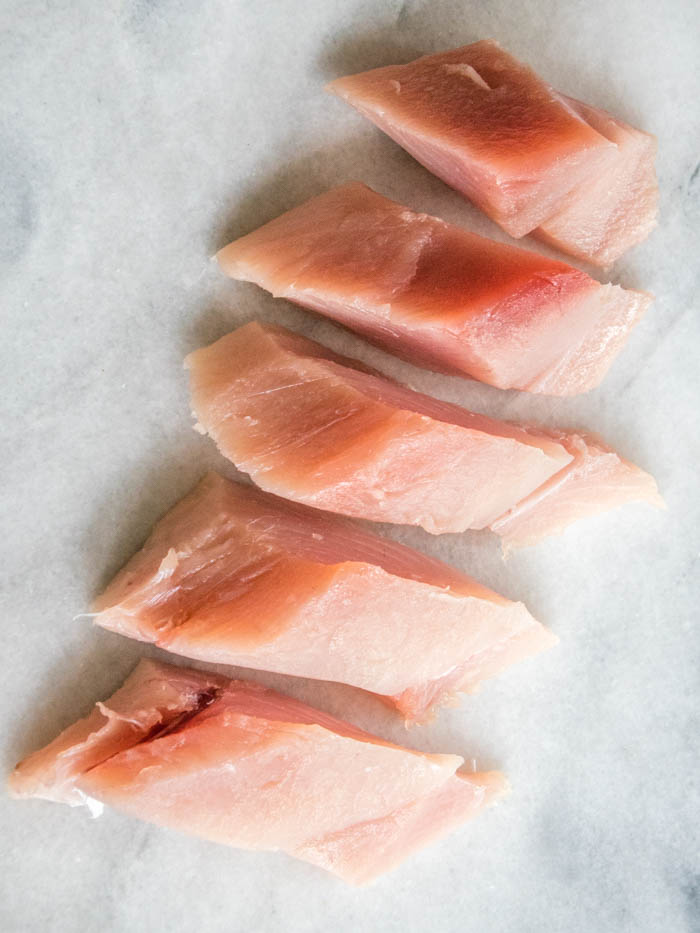 So I bought a couple of tuna loins and hurried back to the OtherWorldly Kitchen to quickly read everything I could find on French Confit (audio pronunciation) and Italian Conserva (audio pronunciation), which both involve low, slow cooking in fat, oil, or sugar syrup—an ancient method of preservation. 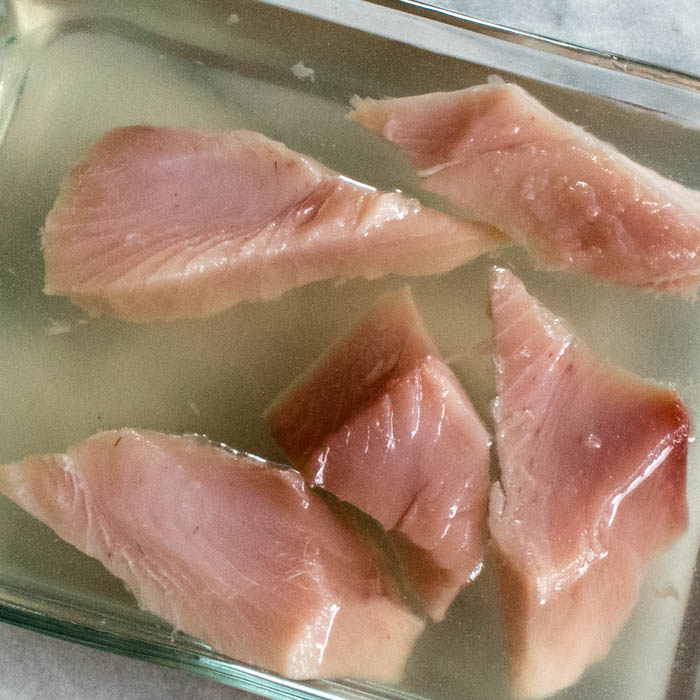 With this type of cooking, the temperature of the poaching medium is between 150ºF-200ºF. Deep fat frying, on the other hand, utilizes temperatures between 325ºF–400ºF. 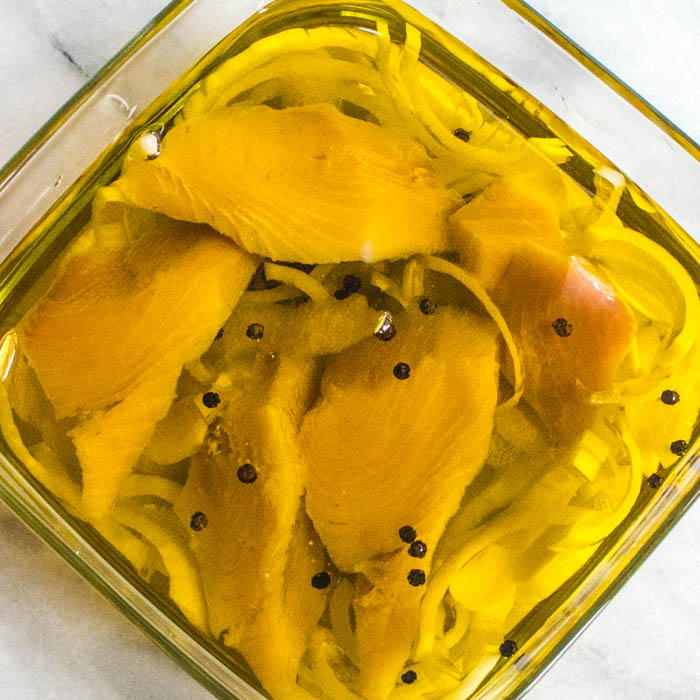 I noticed something worrisome about some of the fresh tuna dishes I saw on the web however. The cooked tuna looked either dry or mushy. Digging deeper, I discovered a couple of chefs extolling the virtues of water-brining the fresh tuna BEFORE poaching it. This brief process helps to ensure firm texture and large flakes of tuna after oil poaching. I tried it, and it works perfectly. 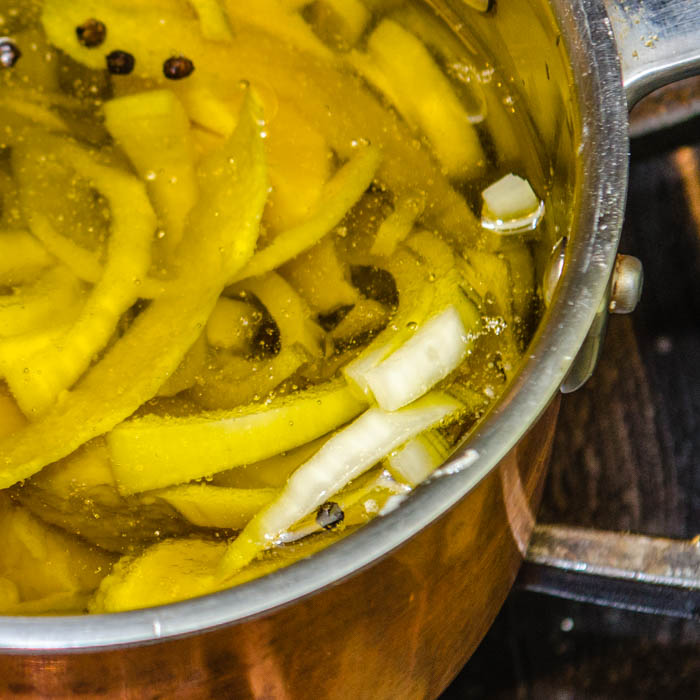 Today, confit is not used so much as a method of preservation as a method to produce the most sublimely textured, most delectably flavored meat or fish possible. 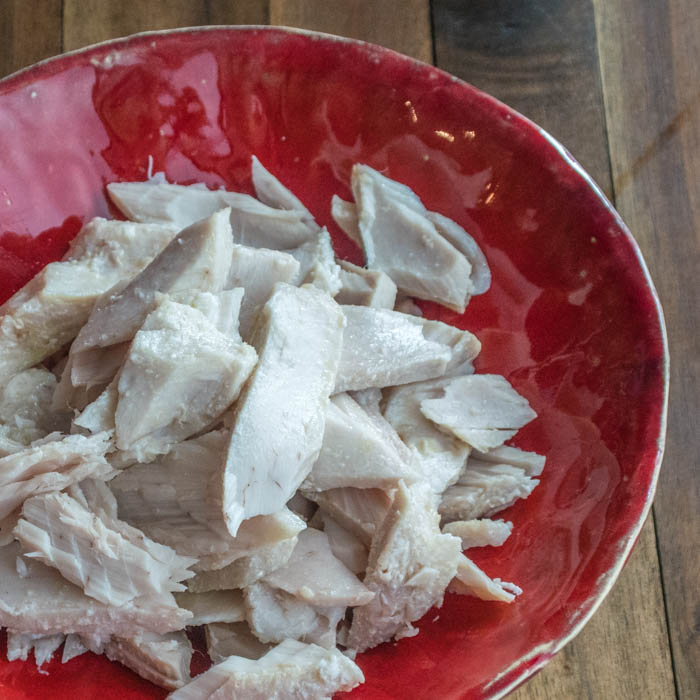 Although some sources claim that meat or fish cooked this way can be safely preserved in the fridge for up to several months or even years, I can’t imagine it lasting more than a week or two. 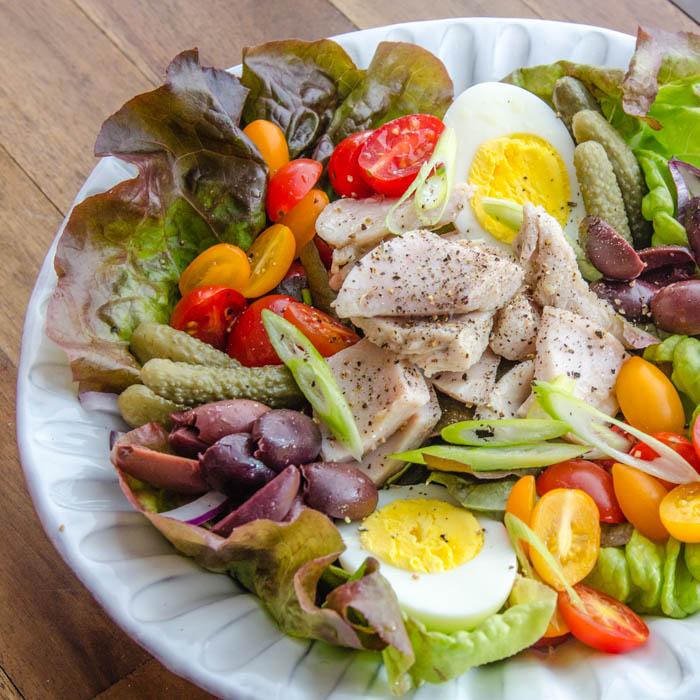 Although this method of cooking fresh tuna involves a bit more effort than opening a can, it’s definitely worth it. Your reward will be beautifully textured, evocatively flavored, super-large flakes of tuna. You may never go back to canned-especially during albacore tuna season.

Technique Note   Don’t be tempted to skip the brining process. It takes only 30 minutes and virtually assures large, firm flakes of tuna, instead of mush.