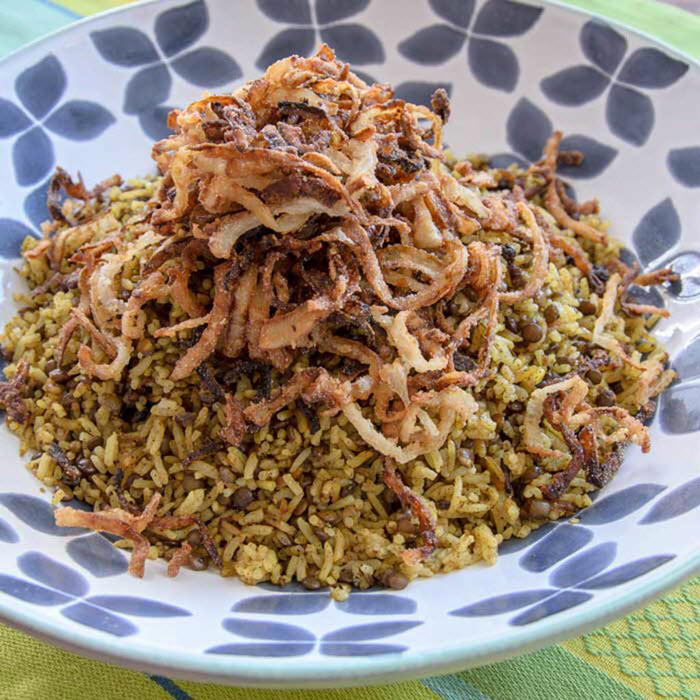 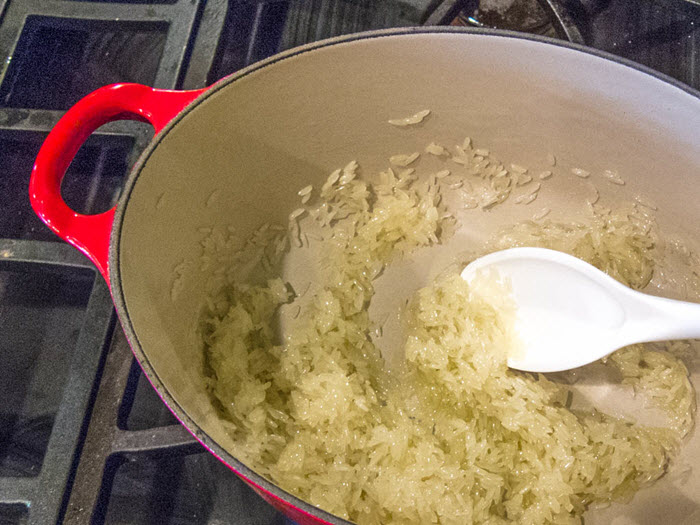 But I may never have discovered this dish if not for the opening of Chef John Gorham’s Mediterranean Exploration Company (MEC) in Portland, Oregon in August 2014. 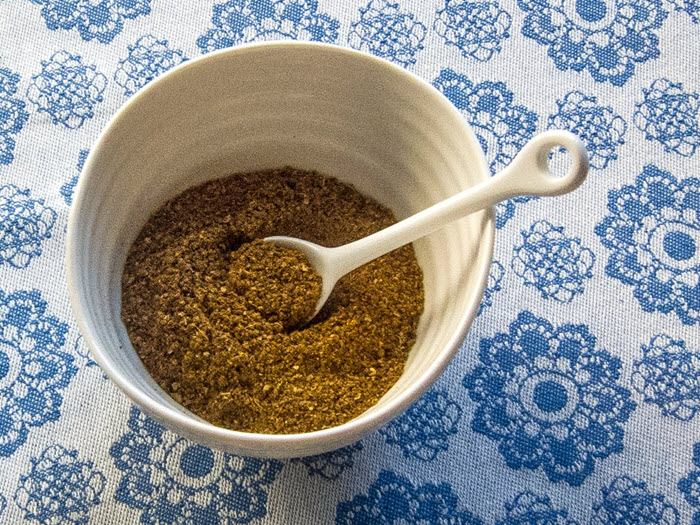 We ordered the Tomato Fritters, Moroccan Brick Chicken, Mejadara, and Rose Water Panna Cotta with Pistachio Caramel. All of the dishes were perfection, but the Mejadara sent me running to my cookbook shelves in search of a recipe. And sure enough, there it was in Jerusalem. 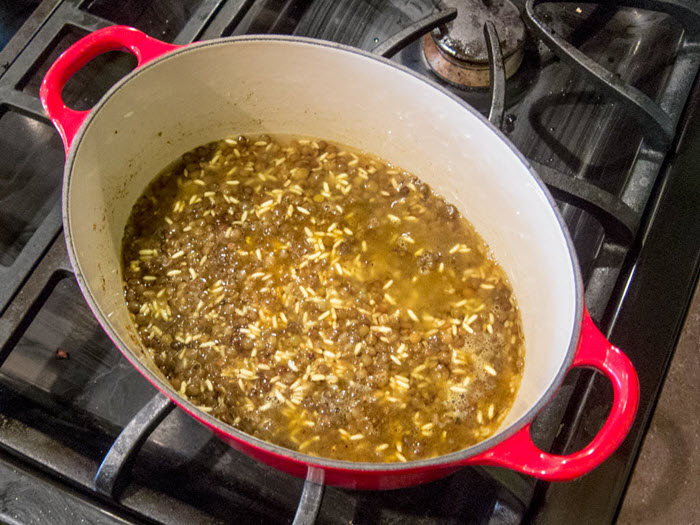 I modified the original recipe to make it easier and faster to prepare, as MauiJim now begs for Mejadra at least once a week. And the flavors and textures in this dish practically scream for currants and toasted nuts, so those are now options. 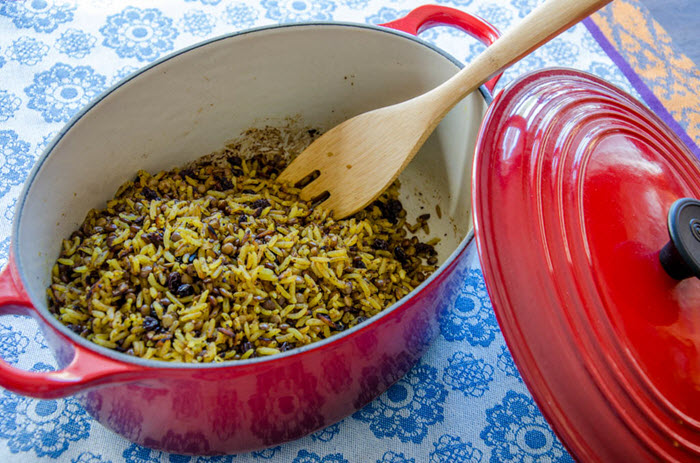 The most time consuming aspect of the preparation is the fried onions, but they aren’t absolutely essential. If you are in a rush, either leave the onions out altogether, or chop an onion and brown it lightly in the olive oil before adding the rice. The dish will still taste heavenly. 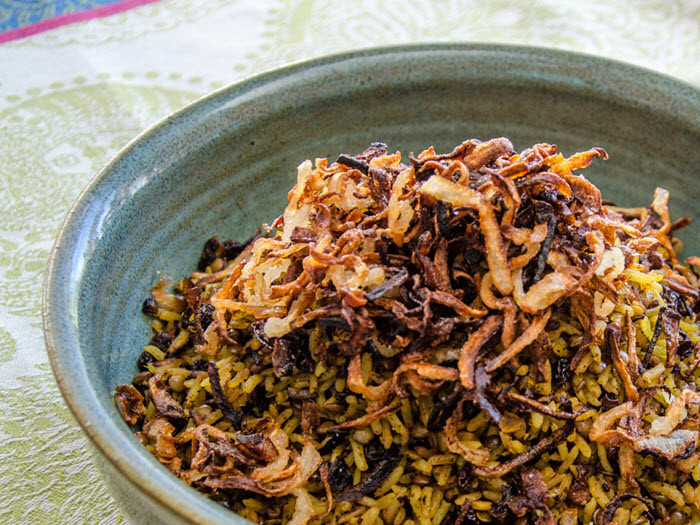 This is one of Yotam Ottolenghi’s favorite dishes. You’ll see why after you taste it. It’s both heavenly and earthy, a dish fit for royalty and peasantry alike. It can be eaten hot or cold, plain, or spooned over Greek yogurt. I like it even without the onions, but they really do take it to celestial heights.

I recrafted the original recipe for ease and speed, as this dish now makes regular appearances on our dinner table.

Technique Note   Rather than simmering the rice on the stove–and taking a cue from the way it’s prepared at MEC–I sometimes steam the rice, spices, cooked lentils, and water in an electric rice steamer. Very easy and frees space on the stove for other dishes. 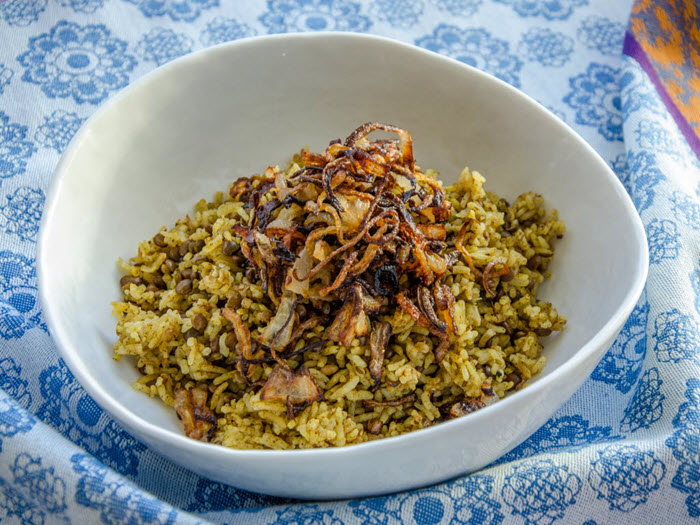 Use these addictive fried onions as a garnish for all kinds of dishes. For Mejadra, they go both into and on top of the rice. 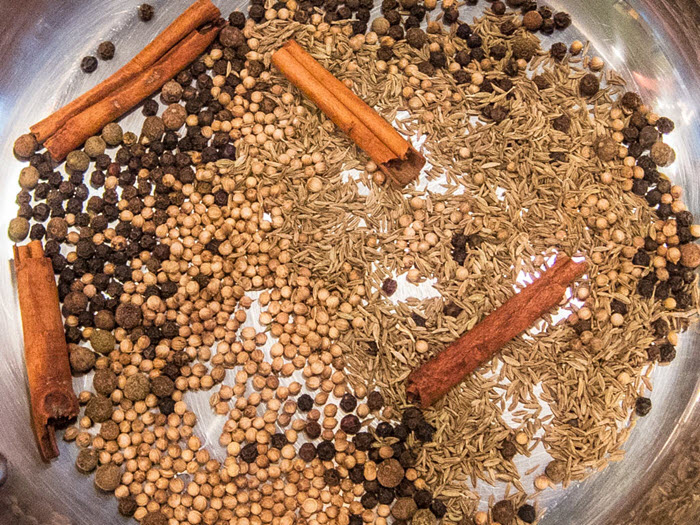 This interesting spice blend is a simplified cross between LunaCafe Baharat and Moroccan Ras el Hanout. It contains all of the spices specified in the original Ottolenghi recipe for Mejadra, but rather than toasting and measuring spices each time you make the dish, my version yields enough for several batches.