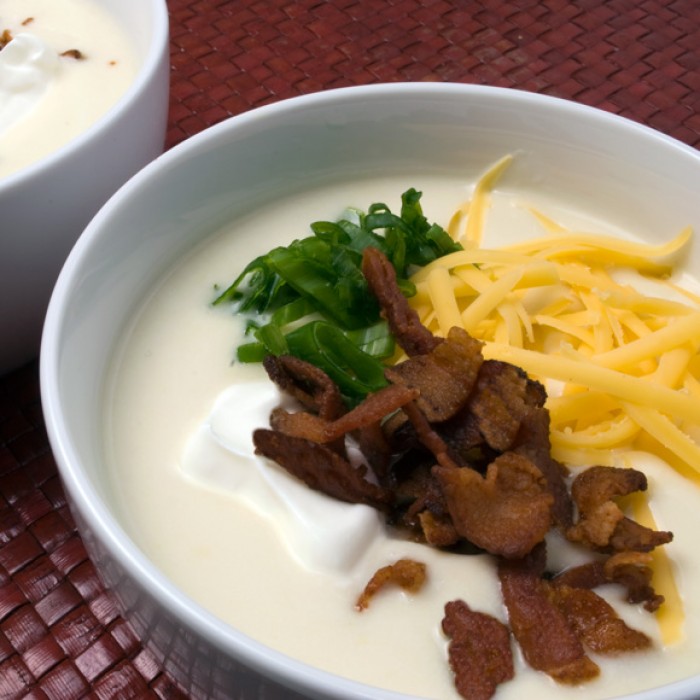 Did you know that the homely little potato, supreme staple among staples, the vegetable that we are most apt to both love and take for granted, was lauded in 2008 by the United Nations with the International Year of the Potato?

As the website says, the purpose of this focus is to raise global awareness of the potato’s key role in agriculture, the economy, and world food security. All worthy goals. Potatoes are a food crop that is widely grown and not subject to global trade issues. Women all over the world grow potatoes to sustain and nourish their families. 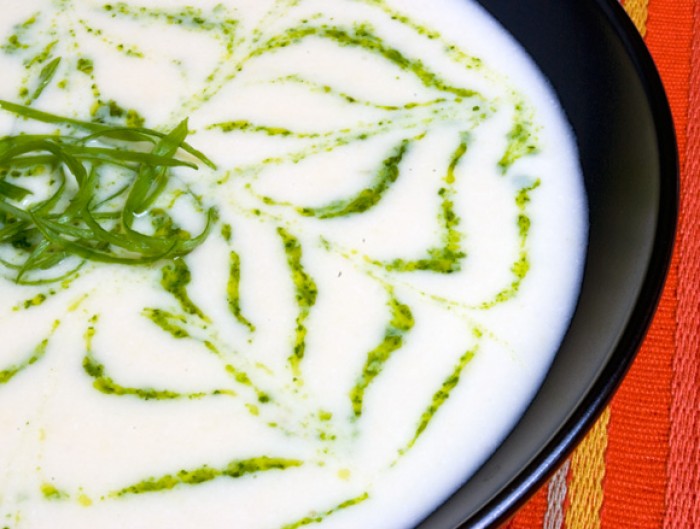 It is widely claimed that a diet of only potatoes and milk can sustain human life indefinitely. That’s good to know, especially as Northwest regional fresh vegetables become scarce during late winter and early spring months. And every good cook should have several great potato dishes with which she can extend the grocery budget.

So to extend the spirit of the International Year of the Potato and to bring to mind and heart the plight of so many undernourished people around the world, I offer this simple and truly delicious soup, which I have been perfecting for years. 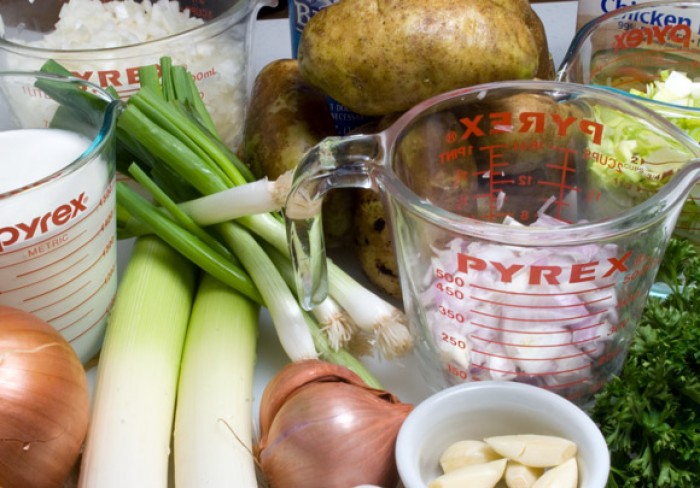 Potato soup, next to a baked or mashed potato, is probably the most basic way a potato can be prepared. Cook a peeled potato in water until tender, puree the lot, and you have potato soup. Not a very tasty soup, to be sure, but palatable enough with a little salt and pepper. You could live on it. But if you add just a few more ingredients, none of them very expensive, you can not only live, but live quite happily, on this humble soup.

There are hundreds of recipes on the web for potato soup. If you do a search on Epicurious for instance, you’lll find 289 versions. This number includes many soups that are really more about some other ingredient. But there are some wonderful ideas nonetheless, and after you master this basic, simple, creamy, smooth, and absolutely delicious Cream of Potato & Five Onion Soup, you’ll be prepared to use it like a “little black dress,” changing it this way and that way with seasonal “accessories.” We’ll explore a few variations here to get you started. 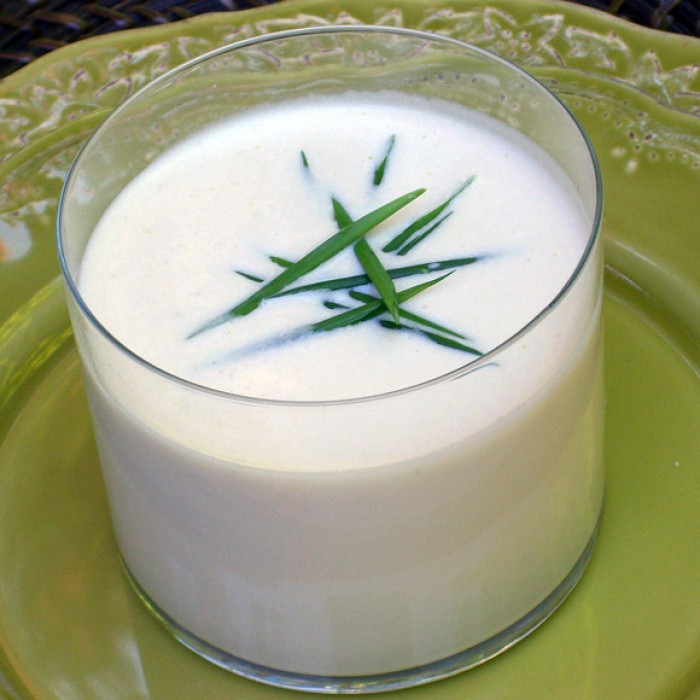 I have tested and retested this soup many times over the years, adjusting the key elements to create a soup with good body and memorable flavor. The onion element, for instance, began as a mere hint of flavor and then expanded, test after test, to a rich depth that fully complements the potato without overwhelming it completely.

I have tested with both water and a variety of homemade stocks, and my vote goes to chicken stock. Homemade is best, but canned will also work. There are many brands of chicken broth available today and most of them have barely more taste than water. Some even have an objectionable taste. Do sample several over time and select your favorite to stock the pantry. Of course, if you prefer a vegetarian rendition, use your favorite vegetable stock. 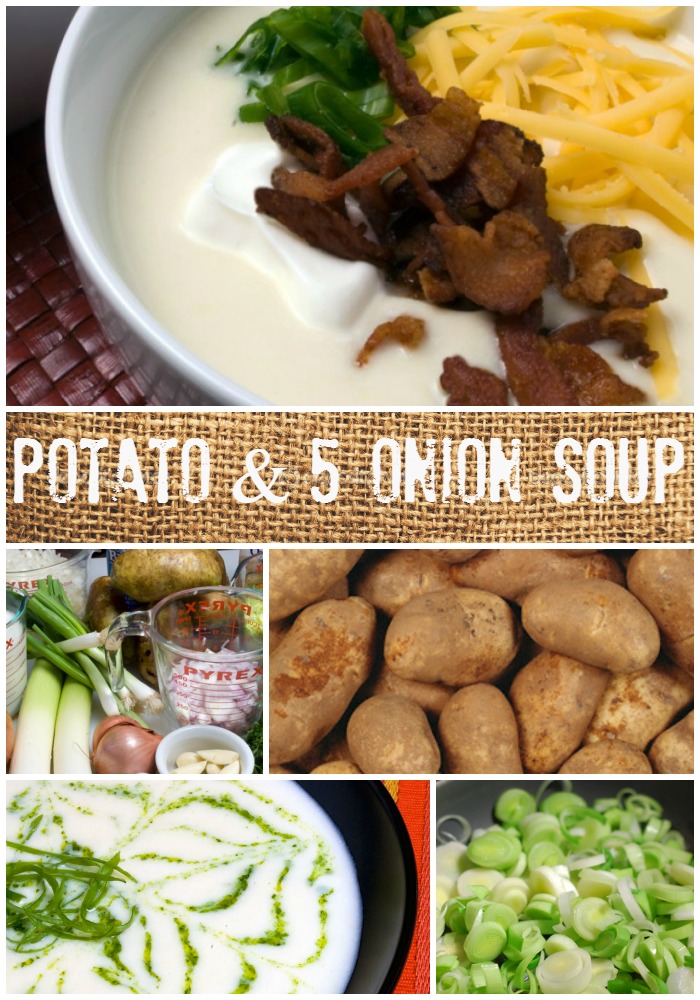 I have never eaten a potato soup that was not comforting and satisfying, even if occasionally bland or uninspired. Five members of the onion family make the difference here. Together, they heighten and add dimension to the flavor of the potatoes. If you are serving this as a first course for a special dinner, I suggest using the optional butter and herb enrichment for the added visual appeal, but otherwise this soup is excellent even without a garnish. Crumbled, cooked bacon is great as a topping too, if you happen to have some on hand. 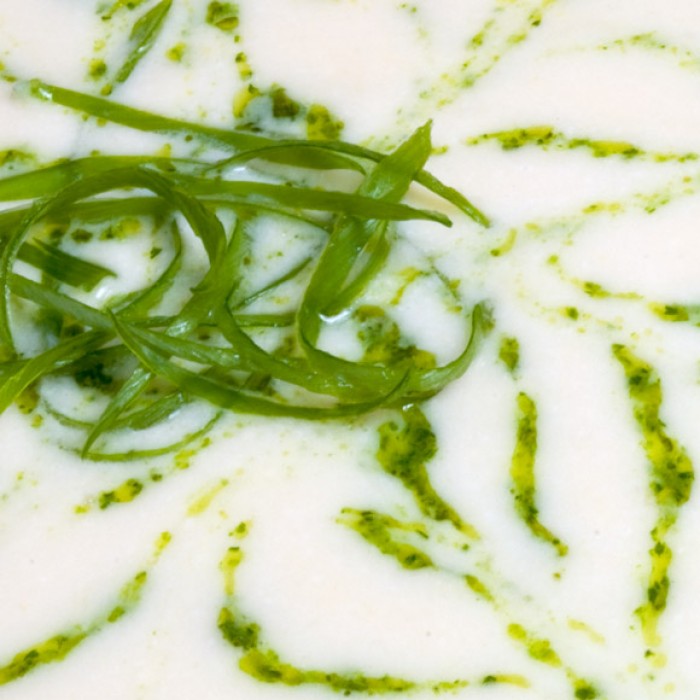 It doesn’t sound like a major change, but adding a sour note to a dish can have dramatic results. I often swirl sour cream or crème fraîche into soups as a garnish, but here they become an integral part of a complex flavor matrix.

This is a baked potato in a bowl. The additional crunchy, savory elements are a perfect foil for this creamy soup.

This chilled variation will take you right into summer. It’s a riff on the French classic soup, Vichyssoise, which I begin to crave when Northwest temperatures move into the 70’s, usually between May and October.