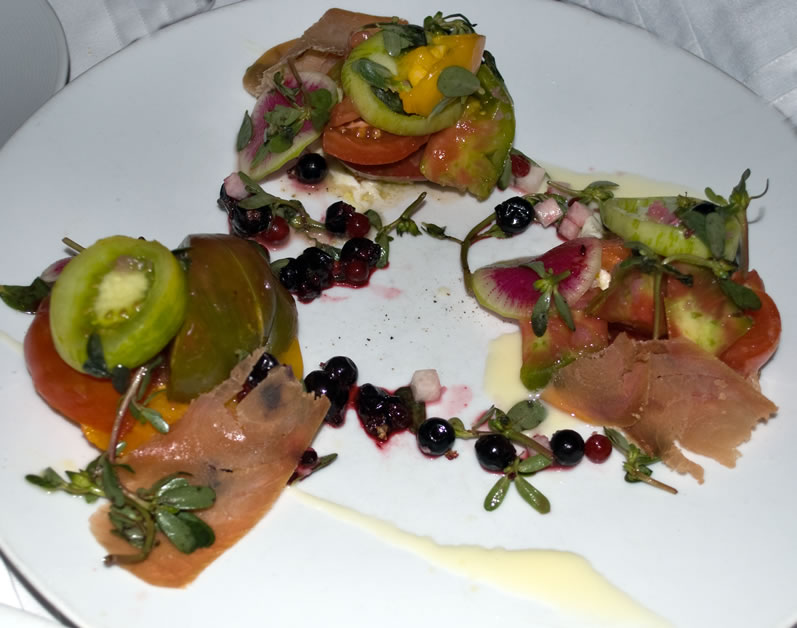 We’re in Boston this week, and the first restaurant we head to when we’re in Boston is Clio.   I’ll share more of the food pics we’ve taken at Clio over the past few visits in an upcoming Boston Fresh post, but for now, let’s focus on the experience we had in the restaurant last night. Oh. My. God.

Clio is a chic, intimate, white-clothed oasis located in the elegant Eliot Hotel. We stopped in for appetizers only, as we had two additional restaurants on the evening’s itinerary. As we were eating and shooting at a small table in the bar, the cool looking, youngish guy in the lively group sitting next to us introduced himself as none other than Ken Oringer, the famous chef-owner of Clio, Uni, La Verdad, KO Prime, Toro and the soon to be launched Coppa. 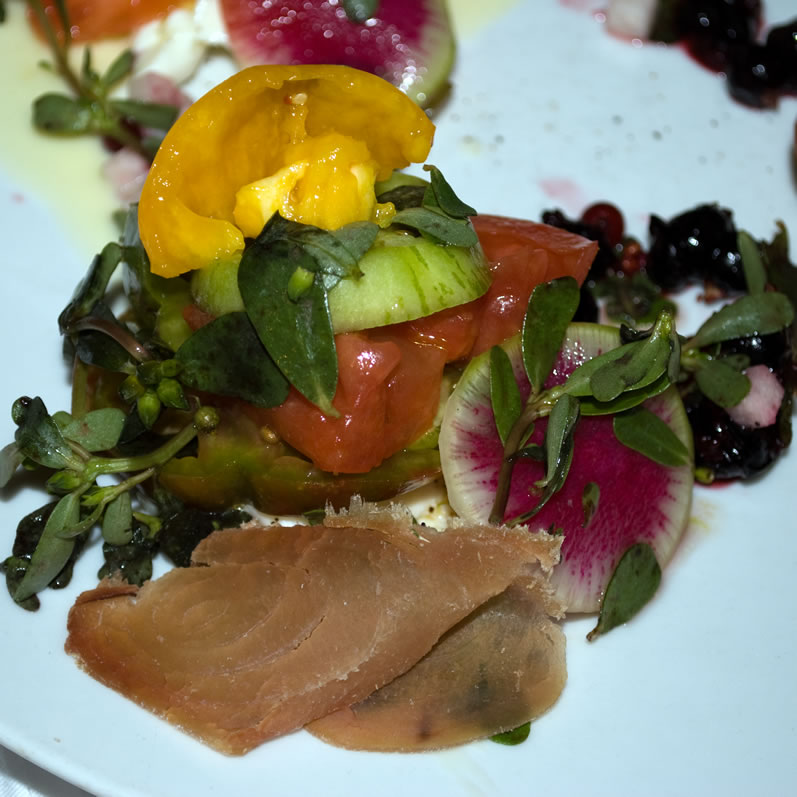 You might remember Ken on Iron Chef America, (2008, season 6, episode 8, secret ingredient: coffee) as he battled chef Cat Cora for the title and won. Or as the James Beard Northeast Chef of the Year 2001 (after receiving the nomination for three years straight). It was a surprising bit of serendipity to actually be sitting in the bar at Clio talking with its inspired creator. If there’s a more down-to-earth, wildly adventurous chef in Boston, I haven’t met him or her yet.

The two appetizers we sampled were both stellar. I was especially enamored with Salad of Local Heirloom Tomatoes, Red Currants and Pink Watermelon Radish with Purslane, Mojama & Burrata Cheese. The presentation was spectacular and the multiple possible flavor combinations were an unexpected bonus. Although not listed in the menu description, the salad also contained Maine wild blueberries. BTW, mojama is salt-cured, then sun-dried tuna loin that is typically shaved very thin for serving. It added an intriguing savory bite to the salad.  Burrata is an Italian fresh cheese that combines mozzarella and cream for an especially soft texture. This salad successfully pushes tomato salad boundaries, while at the same time providing a reference to the classic tomato and mozzarella combination. A lovely dish that I would order again and again if I lived in Boston.

After eating two thoughtfully conceived and flawlessly executed desserts, I also talked with Clio’s pastry chef extraordinaire, Renae Herzog, a warm, unassuming, dedicated culinary artist.  I am a bit leery when ordering dishes that fall into the “molecular gastronomy” bucket. They often leave me feeling strangely disconcerted. Like a  kiss that doesn’t connect. Like an arrow that misses it’s mark. 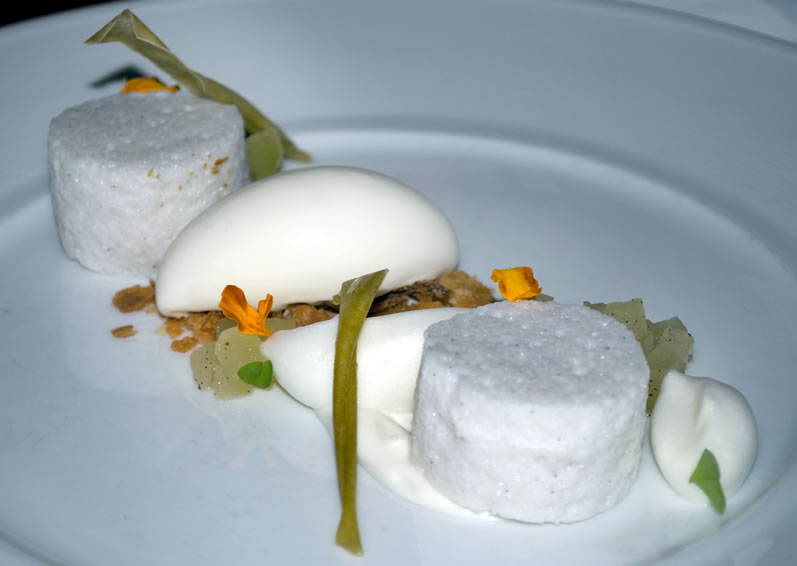 Although I applaud the “bleeding edge” in every endeavor and love to push culinary boundaries myself, it’s important to remember that food has an emotional component that relies strongly on memory associations. Without those associations, my mind is overly engaged while my heart remains unnourished. For me, food can never be cerebral only.

And that’s what is so amazing about what chef Herzog achieves with her desserts. You experience something new AND the connection to the emotional past is not lost in that experience. What a fine and rare balancing act this is. If you are a student of the pastry arts, do yourself a favor: Go to Clio and order every dessert on the menu. Take your time savoring each presentation. And take notes. 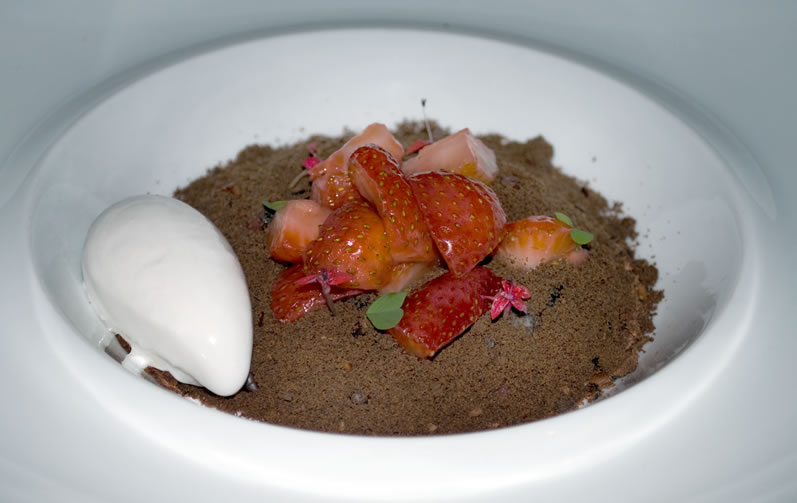