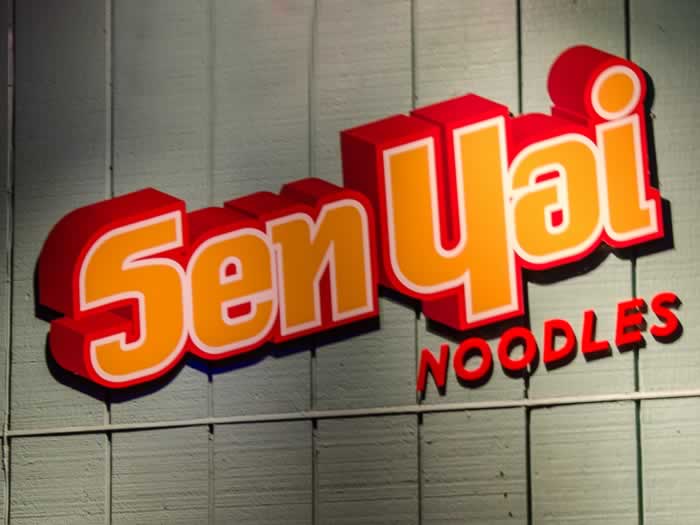 It’s All Asia All Month at LunaCafe. During January, I cook and post Asian-inspired dishes. Only Asian-inspired dishes. I scurry through Portland’s great Asian markets (see below), buying bottles, packages, and bundles of ingredients with unpronounceable names. In fits of enthusiasm, I buy heaps of Asian cookbooks, kitchen equipment, and photo props. Asian condiments move to front-and-center in the kitchen. The wok never leaves the stovetop. The entire studio takes on the pervasive aroma of fish sauce and garlic. In other words, it’s a SUPER FUN month, packed with culinary adventure.

January is also the month that MauiJim and I try to catch up on all the new and new-to-us Asian focused restaurants in Portland. This year, we made it to Departure, Jade, Chen’s Good Taste, Mekong Bistro, Smallwares, and Sen Yai—each one memorable and taste-worthy in its own way.

First up: Sen Yai (big noodle), the newest addition to Andy Ricker’s growing empire of Thai eateries. (You know Andy Ricker, right? He’s the James Beard award-winning chef/owner of the justly famous Portland eatery, Pok Pok.) It’s all about authentic Thai noodles—intriguing, comforting, street-vendor inspired, chewy, spicy noodles, with or without soup broth. Thai noodle dishes are called Kuaytiaw, and in Thailand they are eaten around the clock, even for breakfast. 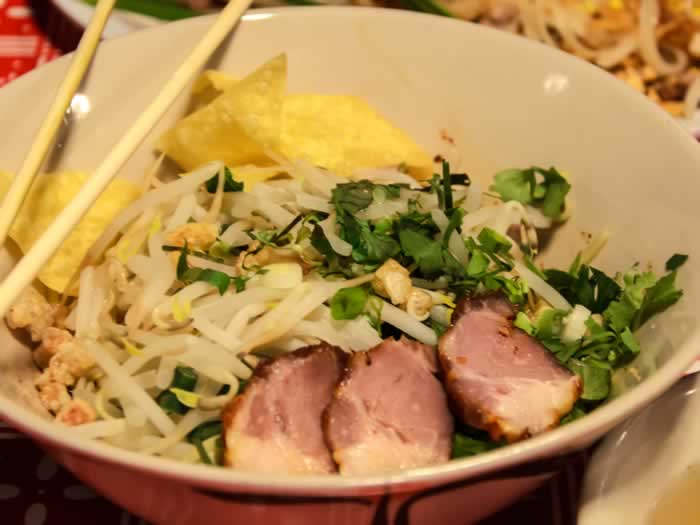 Sen Yai is a couple of blocks east of Pok Pok on Division Street, which is rapidly becoming Portland’s Restaurant Row. It’s a brilliantly strategic location, because Pok Pok typically has waits of up to an hour or more, leaving hungry hopefuls stranded on the sidewalk or nursing a drink across the street at sister bar, Whiskey Soda Lounge. With Sen Yai, there is now another option. 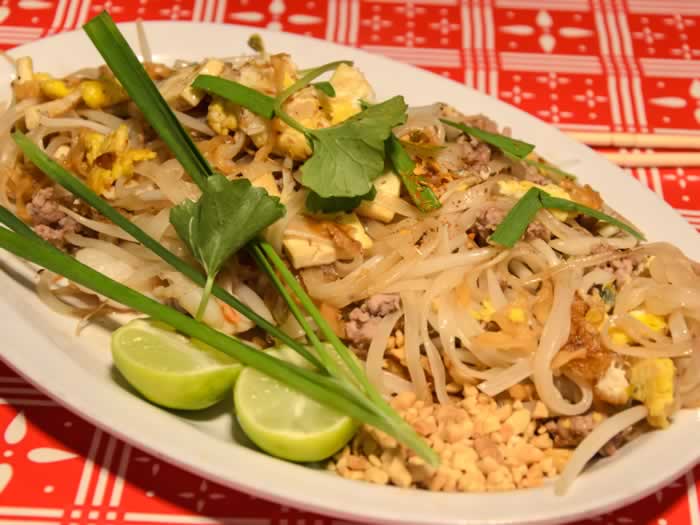 Sen Yai doesn’t look like much from the street, especially on a cold, rainy night. But step inside and impressions change. Compared to the steely, industrial chic that graces so many Portland restaurants these days, Sen Yai is a drop down the proverbial rabbit hole–into Thai wonderland. You are enveloped in turquoise. The tables are draped with insistently cheerful red and white tablecloths. The restaurant is noisy and packed. After a few minutes of adjustment, you get into the spirit of the place. It’s a hangout—with a quirky personality, panache, and seriously good food. What’s not to like? 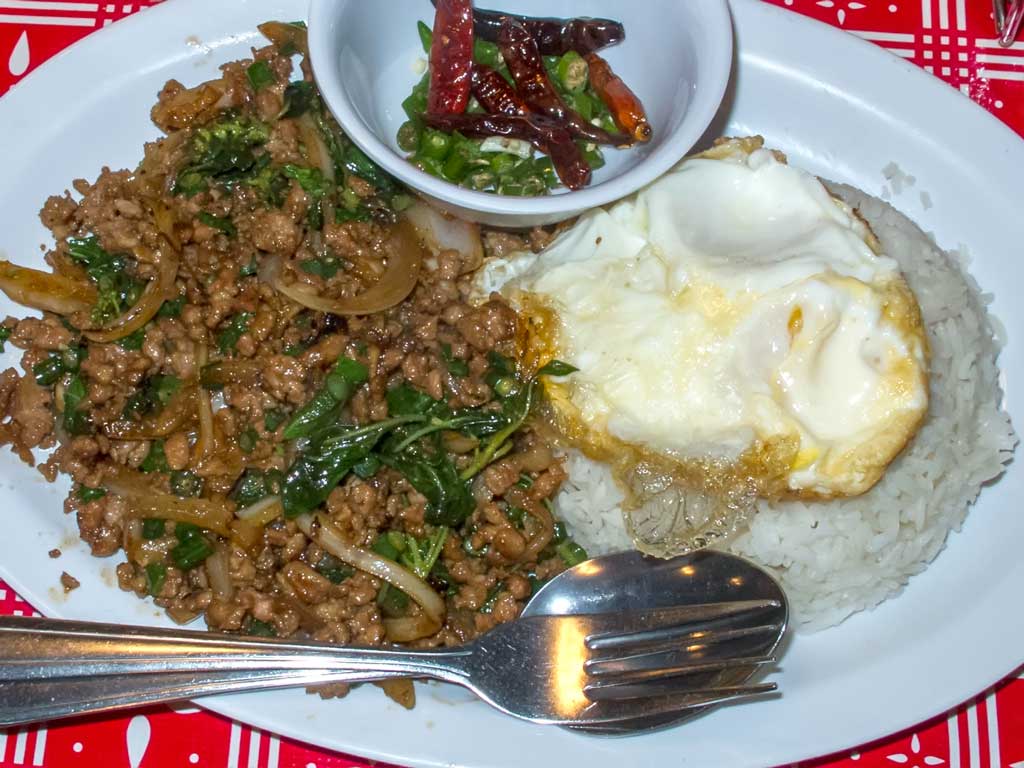 As you look closer, you see nestled condiments on the tables. You learn that these are called Khruang Phrung. They are the four flavors of condiments typically found in Thai noodle shops: Phrik Phon (dried ground chiles), Phrik Naam Plaa (Thai chiles in fish sauce), Phrik Naam Som (mild green chiles in vinegar), and Naam Taan (sugar). In essence, you custom season each dish to your own taste.

The hard part is figuring out what to order. The menu is descriptive and intriguing. I wanted everything. But we barely scratched the surface in two visits. The best plan is to come with a group of friends, so you can order several dishes and share them. With just the two of us, it’s going to take five or more visits to work our way through the menu. But who’s complaining? 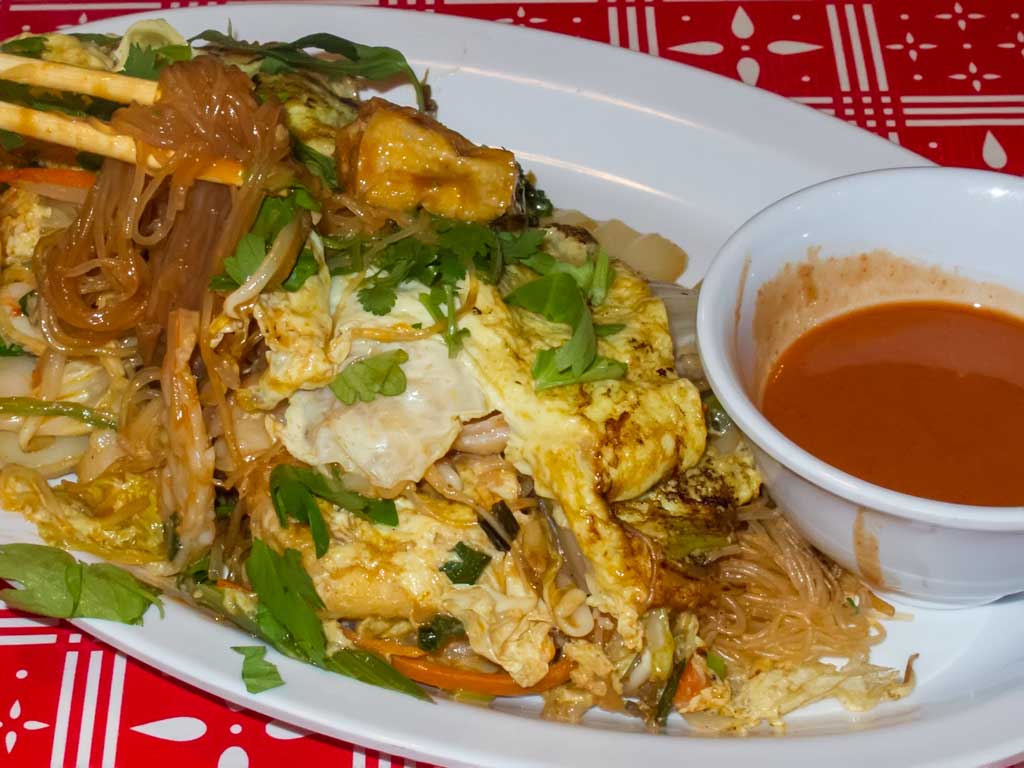 Asian Markets in or near Portland, Oregon