Everything you need to know about fresh strawberries, including season, selection, storage, preparation, cooking, great partners, and recipes.

If you ask ten people at random to name their favorite berry, eight of them will say, “strawberries of course.” And who’s to argue? 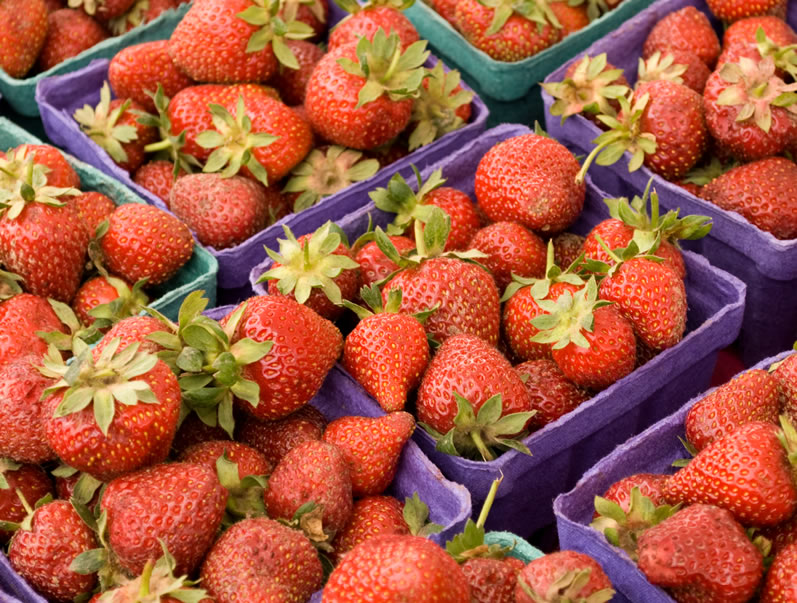 In the height of Northwest strawberry season, it’s hard to imagine anything tasting better than these juicy, incredibly sweet, powerfully flavorful berries. They are simply perfection.

Strawberries seem to benefit most from the climate of the Northwest. Our local varieties are chosen not so much for their ability to ship well but for their flavor. They are usually not as large or as glamorous looking as California strawberries, but their intense red color is a near guarantee that they were picked fully ripe and will taste as nature intended. 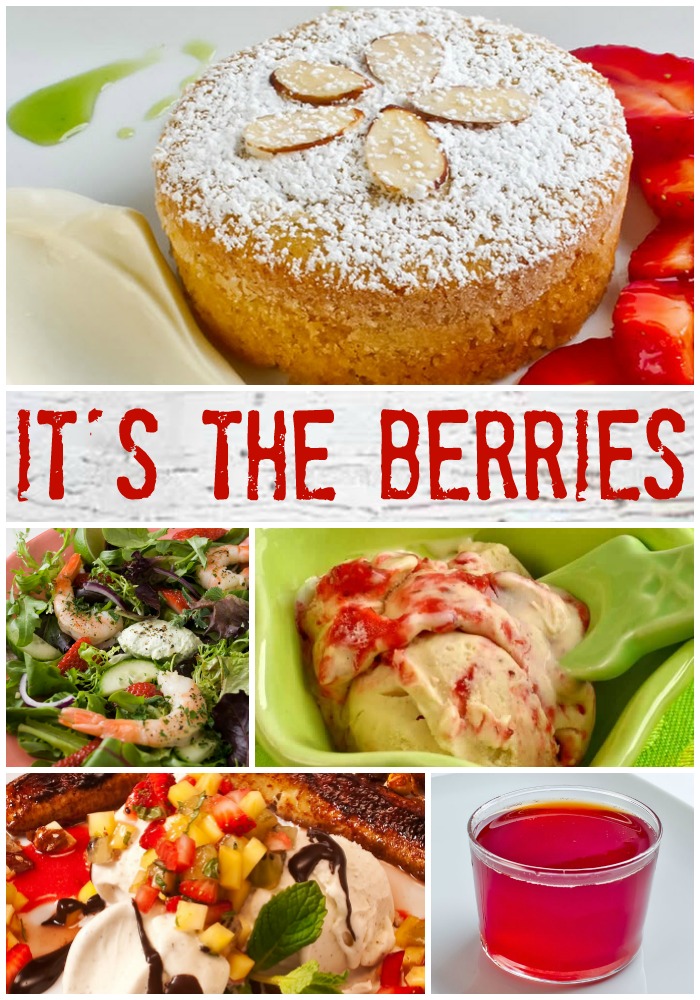 Commercial strawberry growers have timed their field selections to ripen at about the same time that kids are released from school, thus insuring themselves an adequate supply of pickers. So the commercial season begins around June 1st, depending on the weather, and ends around July 15th. However, the season for independent growers (available at local farmers markets) extends from April for cold-frame strawberries though September for late-bearing field strawberries.

Northwest strawberry varieties are more perishable that those shipped in from out of state. They are fully juicy and will turn to mush if handled roughly. Look for bright red berries with no signs of oozing. Conversely, avoid shriveled berries or any with dry, browning stems. The fragrance of ripe berries should be discernible. Pick them yourself if at all possible or buy from a local grower. Above all, make sure that you are purchasing Northwest berries. Grocery stores sometimes carry non-local berries even after local berries are available.

Refrigerate strawberries, covered with plastic wrap, as soon as you get them home. Do not wash or hull them until shortly before you intend to eat them. If they are very fresh, they will keep for two to five days.

Rinse strawberries under cold running water, and then remove the stem and hull in one operation. The easiest way I know to do this is to use a curved grapefruit knife; insert the knife along the edge of the stem, then change the angle somewhat and lift it out along with the stem and hull.

There’s strawberry jam and strawberry sauce, and even strawberry soup, but if you really want to eat strawberries at their best, eat them raw. 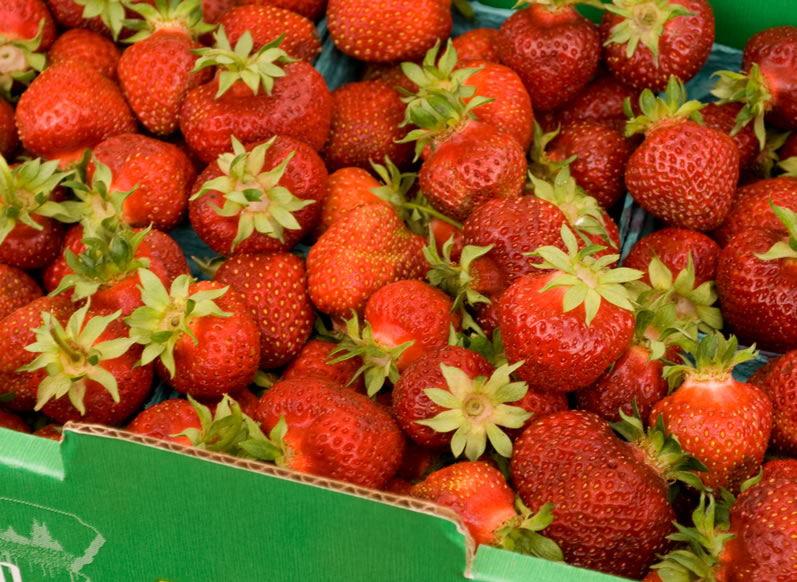