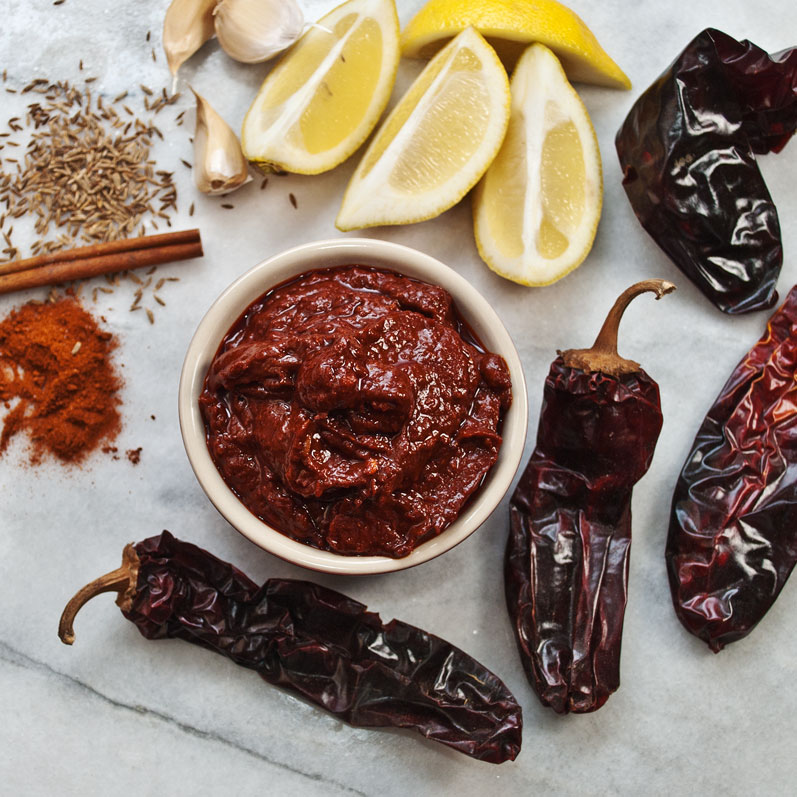 Have you ever found yourself standing in front of the exotic condiments section of an upscale grocery store pondering whether to shell out $8 for a tiny jar of glistening something-or-other? The jars have names such as Sriracha, Chimichurri, and Harissa. You covet them ALL.

That’s exactly what happened to me recently at City Market in Northwest Portland. I walked out of the store with a tiny, expensive jar of Mustapha’s Moroccan Harissa and although it turned out to be quite delicious, barely an hour had gone by before I began to make my own. I had visions of Red Kuri Squash & Orange Soup with Cinnamon Harissa, and in order to follow that vision, I needed Harissa with more body and warmer spicing than the store-bought version.

If you do a a bit of research to see how Harissa is traditionally made, you will find little agreement on the composition of the sauce beyond the basic elements of chiles (usually red and either fresh or rehydrated) and olive oil. Beyond those two ingredients, however, you can choose from a wide variety of embellishments, such as allspice, caraway, cinnamon, coriander, cumin, mint, nutmeg, paprika, fresh lemon, preserved lemon, fresh tomato, sun dried tomato, red bell pepper, or just about anything else you like. Your completed sauce should be crayon to brick red and fiery, with well balanced flavors. It can be chunky or smooth, a sauce or a paste, as you wish.

Check back soon for the next post which is, you guessed it, Warm Spiced Red Kuri Squash & Orange Soup with Cinnamon Harissa. 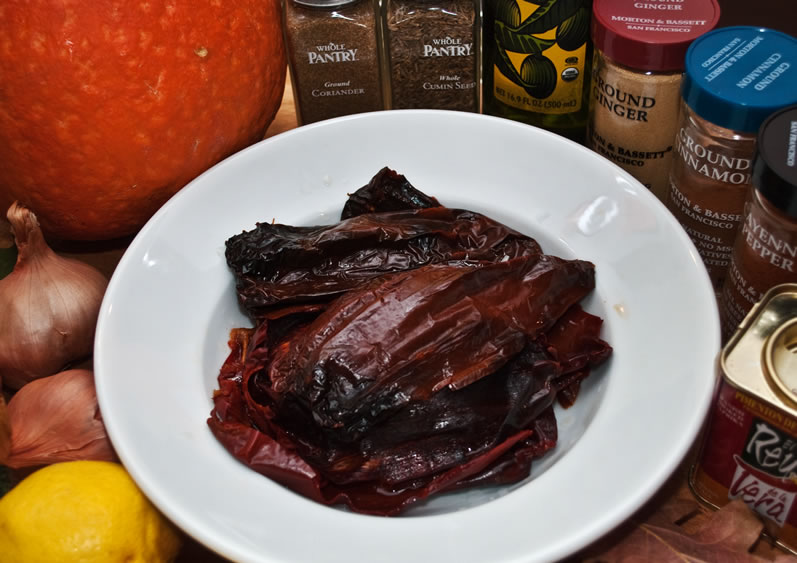 This fiery red chile sauce is North Africa’s answer to catsup, especially in Tunisia where it is used pervasively. Use it as is, swirled into soups and stews, slathered onto burgers or sandwiches, or rubbed onto meats before grilling. You can buy Harissa in jars in Middle Eastern markets, but homemade gives you more flavor and texture latitude.

6 large dried ancho or guajillo chiles (or 3 of each)