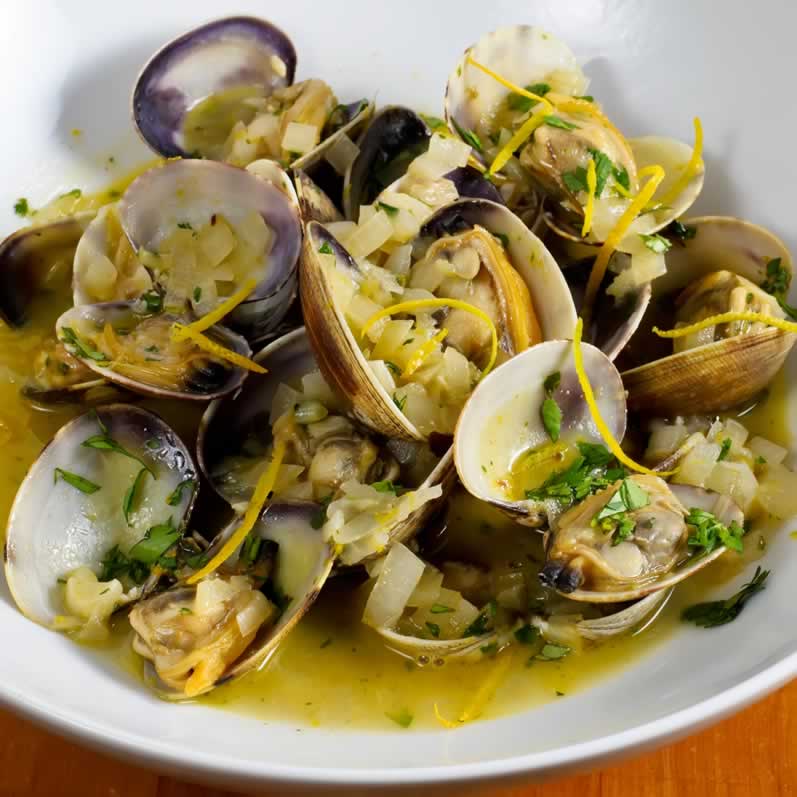 There is nothing I love more in the summer than exploring the hundreds of farmers markets that blanket the Northwest. They pop up everywhere, along roadsides, in parking lots, in front yards, in small towns, and in big cities. 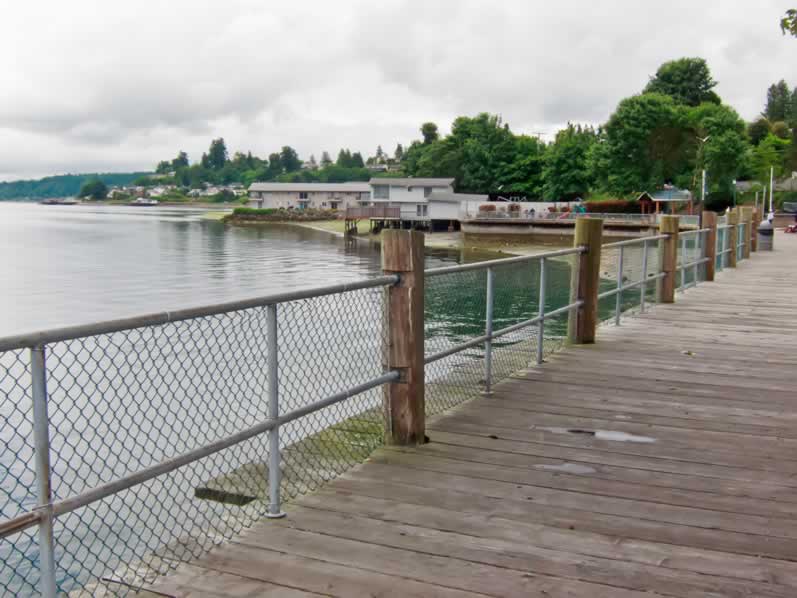 But even the humblest markets can yield unexpected treasures and perhaps something you will find nowhere else. When we drove into the Port Orchard Farmers Market on the Olympic Peninsula this past weekend, it was beginning to rain and decidedly dreary. There weren’t many vendors on hand. 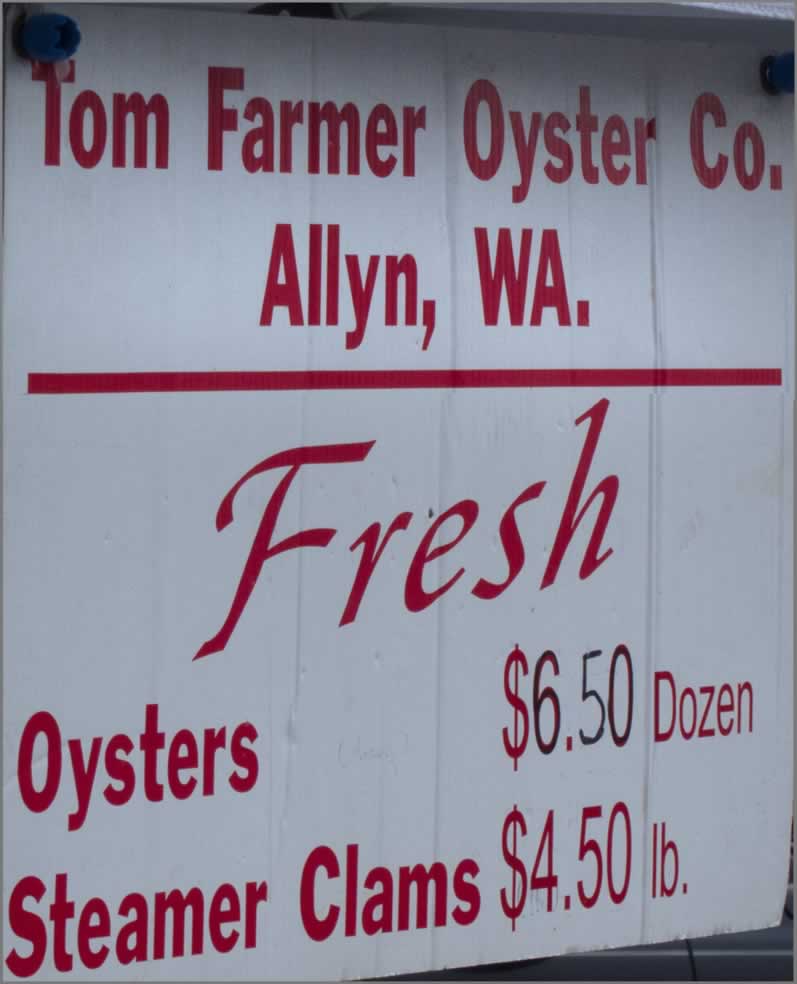 Not exactly promising, and I noticed MauiJim let his camera dangle loosely around his neck, whereas he usually has it glued to his face. He had resigned himself to the apparent lack of possibility. 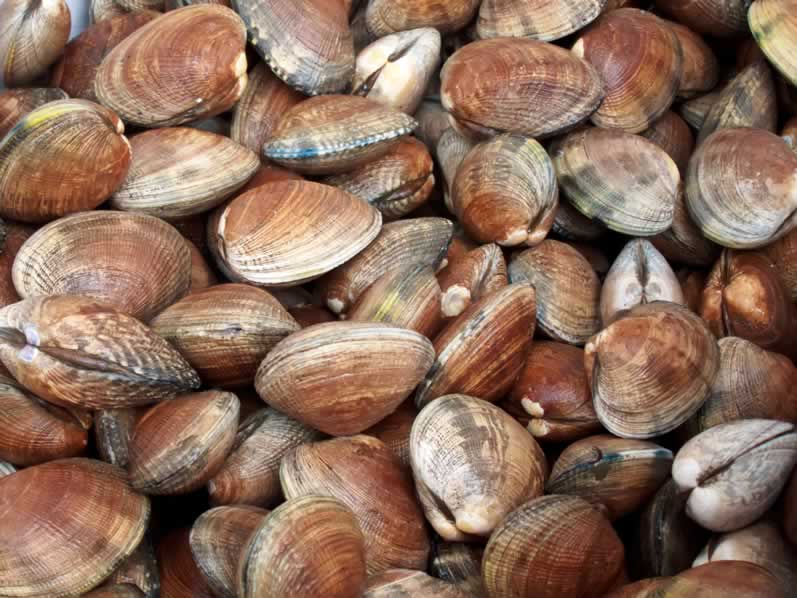 But I don’t give up that easily. It may not have been a photographer’s dreamscape but there were treasures for the determined. 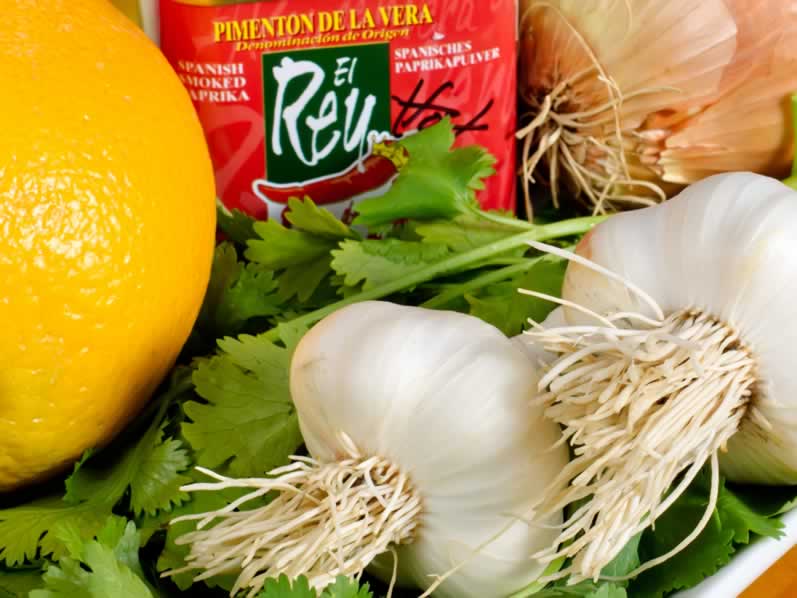 By the time we hopped back into the car an hour later, cold and exhilarated, we had discovered some fantastic ice cream and bought a pound of “hybrid” cherries (a cross between Rainer and Bing), two pink hydrangeas, six coral coreopsis, fresh sage and cilantro, garlic on the stem, and four pounds of manila clams. Not bad for a little market on the distant shores of Puget Sound. 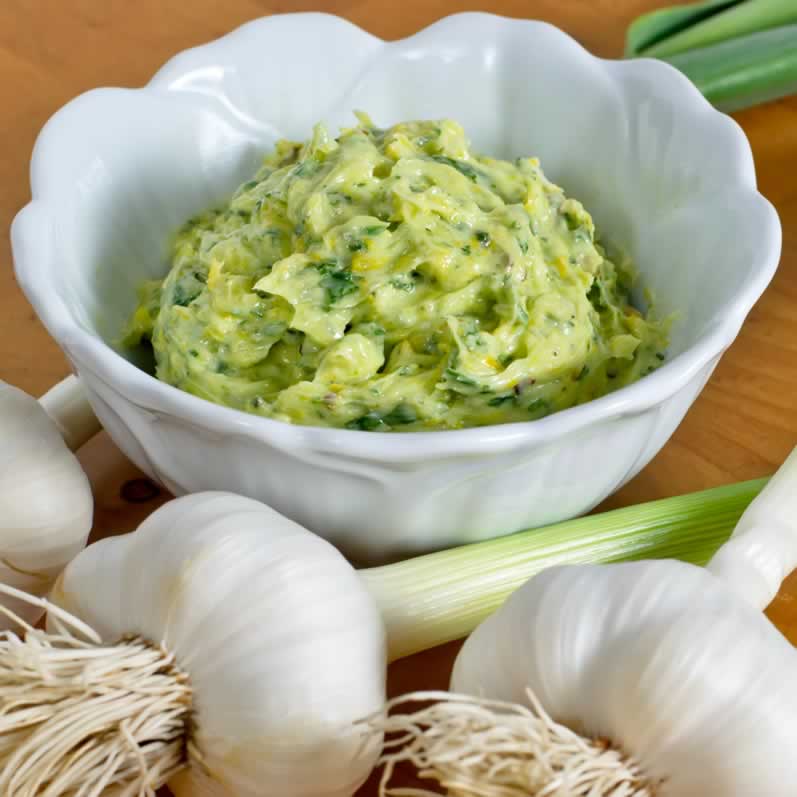 Then meandering along the scenic roads back to the tiny village of Allyn, where we are happily ensconced for the summer, I pondered what to do with those gorgeous clams. I had garlic and cilantro in hand and remembered that there were a few oranges in the frig. I thought about throwing together my Homemade Mexican Chorizo to give the clams a smoky flavor but nixed that because I have not yet shared the recipe with you. Smoked Spanish paprika would lend a hint of smoke instead.

We were hungry, so luckily the dish went together quickly, the majority of time spent soaking the clams. These may well be the best steamed clams I have ever eaten. We devoured the entire four pounds between the two of us. And thanks to a loaf of hot, crusty French bread, all of the sauce was consumed as well. 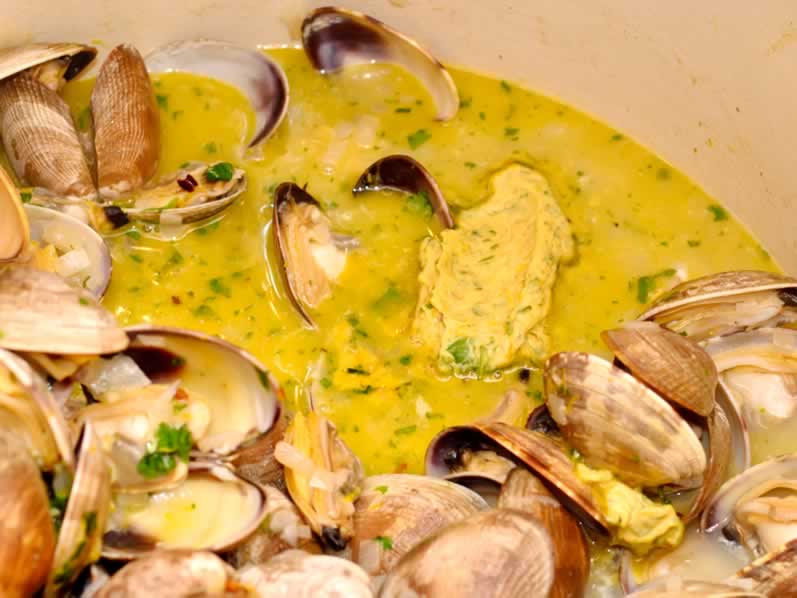 A tip of the hat to shellfish vendor, Tom Farmer, of Tom Farmer Oyster Company for scoffing at our request for 1 pound of clams. He said, “Are you kidding? These are amazing. You need at least 4 pounds.” Which, of course, we did. 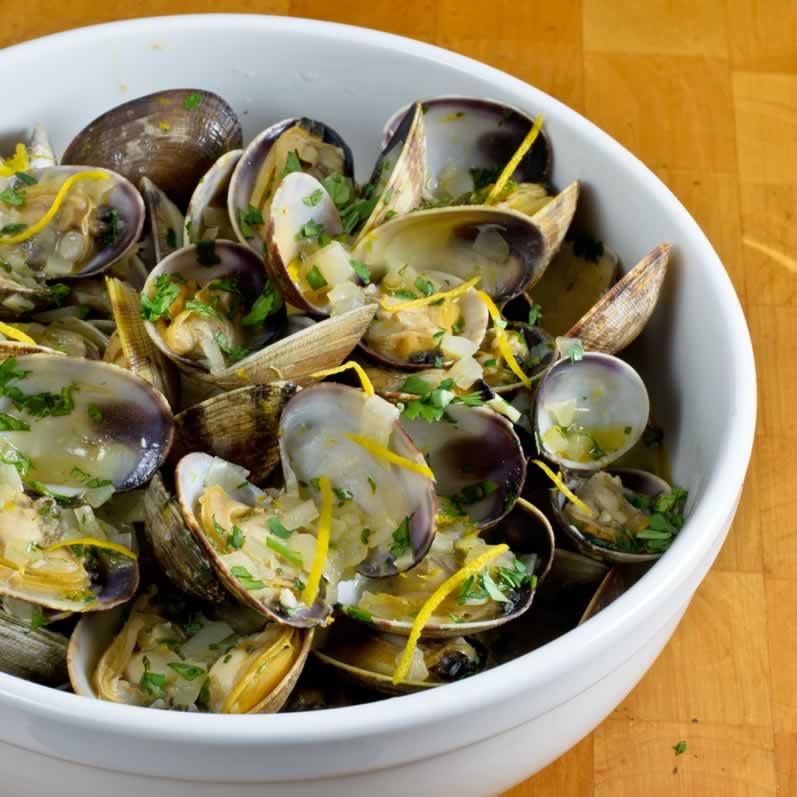 I know most inland folks probably never get beyond the occasional treat of clams steamed with wine and garlic, and served with melted butter. When the clams are incredibly fresh and treated with care (steamed briefly and served immediately), that is truly one of the best dishes on earth.

But in the Northwest, we are blessed with an abundance of succulent, plump clams nearly year-round. So eventually, the thought occurs to the adventurous cook that there must be other great ways to prepare them. This delectable dish is the result of just such a thought.

NOTE   If you suspect that your clams may be sandy, after soaking, steam a couple of them separately to check this before proceeding with the recipe. Once in a blue moon, I run into a sandy batch of clams that require separate steaming. If this happens to you, simply rinse the steamed clams to remove the sand and then proceed with the recipe. You will of course lose the clam juice, but that is preferred to a sauce full of sand.

NOTE   Clams become tough when overcooked. Be sure to remove them from the heat as soon as most of them are open. You can also remove those clams that are open and give the remaining clams a few more minutes to see if they will open too.

I Love Hearing from You!

Please leave a comment. Include your blog URL so CommentLuv will automatically link to your most recent blog post. And join me at LunaCafe on Facebook for daily adventures in the OtherWorldly Kitchen. Let’s get cooking! …Susan