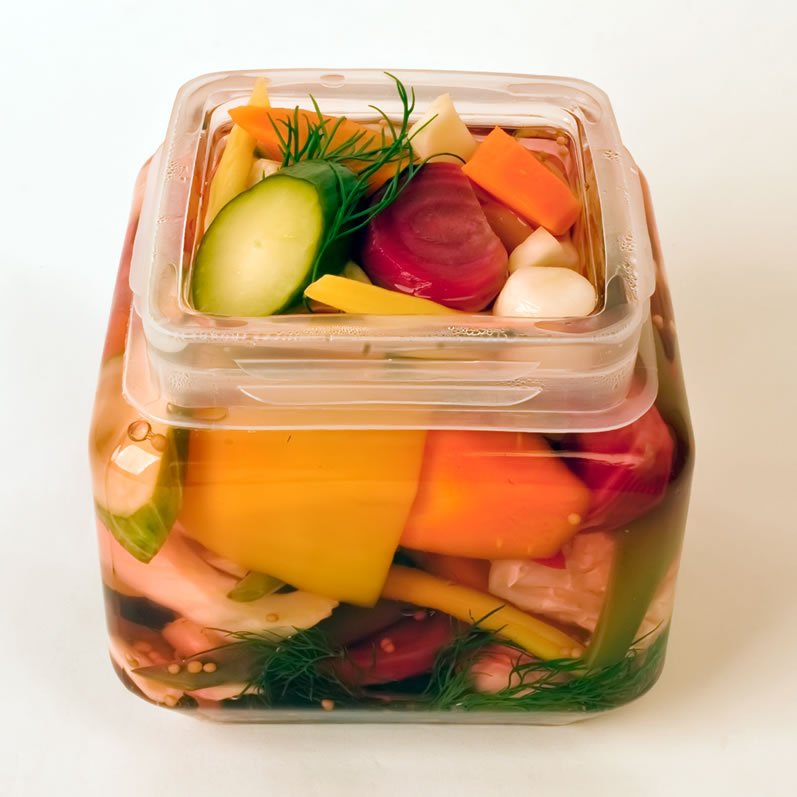 What a wonderful Saturday in cool, overcast Seattle. (It’s actually great to have a brief break from the summer heat.) We started early with a 4-mile walk along the east side of Lake Washington and then shot over the 520 bridge to scope out the fresh produce at the University District Farmers Market. By 10:00 A.M., the market was swarming with purposeful shoppers.

What struck me this week were all the “baby” veggies. One vendor had her large variety of summer squash tagged as “infant” zucchini and “youngster” patty pans. Another vendor had turnips the size of a marble. The carrots were so young and tender they were practically screaming, “Eat me now.” There were even baby shallots, as small and tender as green onions. 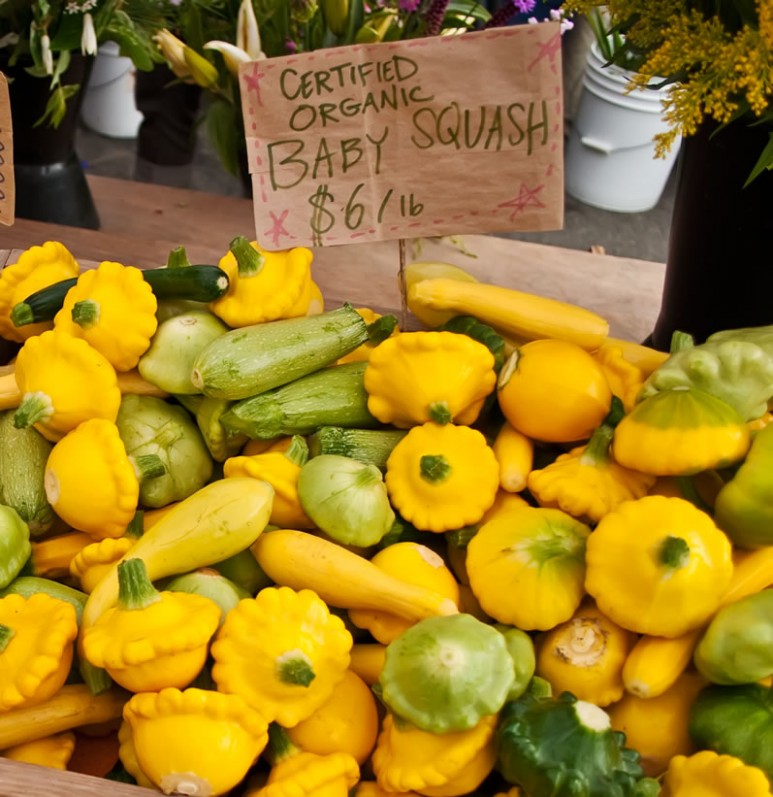 Needless to say, I got carried away. Can you blame me? With nothing in mind to purchase, other than fava beans, I somehow ended up with baby carrots, baby turnips, young garlic, baby chiogga beets, green beans, purple beans, yellow wax beans, fresh dill, cauliflower, broccoli, basil, and an armload of gorgeous fuchsia asters. And the fava beans as well.

Then MauiJim asked the one question I have repeatedly asked him NOT to ask. You know, the “What are you going to make with all that?” question.

An Italian soup came to mind. Something very fresh and immediate in which each vegetable takes center stage in turn. Then something shifted and I heard myself say, “Stop at the store on the way home. I need a gallon of vinegar.” The image that had just jumped into my mind was of a large glass jar filled with my entire veggie stash, covered with a sweet/sour/mustard/garlic/dill brine. Pickles! But not just any pickles, Italian pickles. 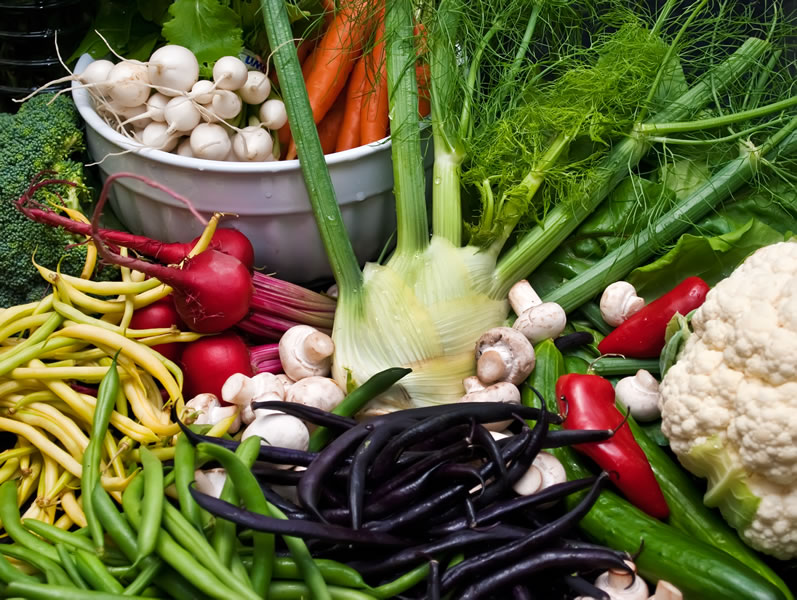 In short, Giardiniera  (jar dih nair ah), which means “gardener” in Italian. (Check out the audio pronunciation.) Never mind that I had never made this Italian pickled vegetable medley before.

Once we got back to the OtherWorldly Kitchen, research on the web began. Recipes for Giardiniera are all over the place. Most of those I surveyed specify a simple vinegar, sugar, salt, and water brine but some add oil as well (especially the famous Chicago Giardiniera). Most say to boil the vinegar and spices for a few minutes before pouring it over the raw veggies. So far, so good.

But some say to cool it before pouring over the veggies, or pour it boiling hot over the veggies, or cook the veggies in the boiling brine for up to 15 minutes.  I also found a recipe that called for cooking each veggie separately in boiling water for 1-4 minutes to tender-crisp, draining, drying with kitchen towels, and THEN adding the lot to still warm brine. That’s quite a bit of variance and each technique will affect the crunchiness (or lack therof) of the veggies. 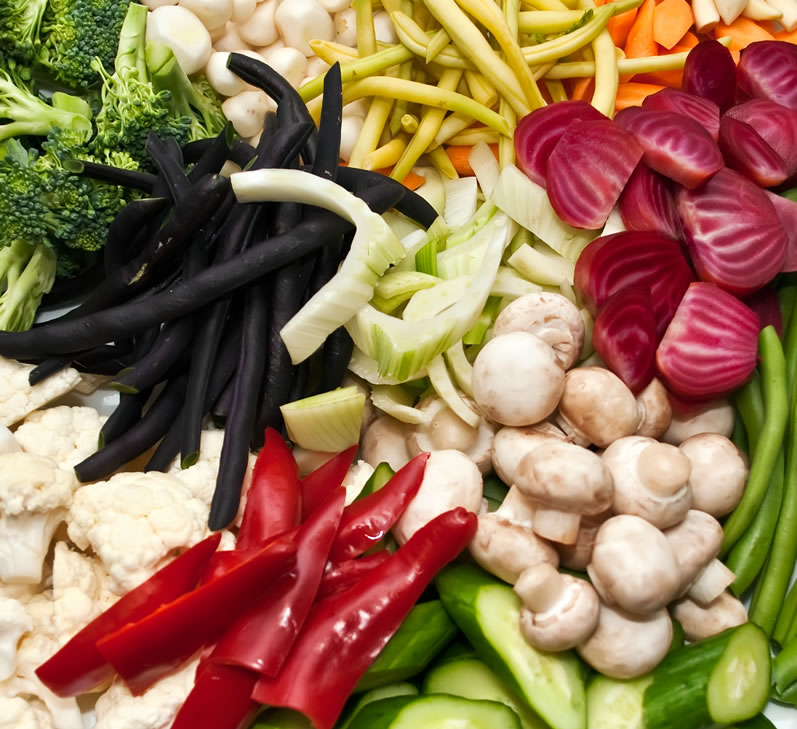 For my first test, I decided to use as simple a process as possible and sequentially blanched each of the firmer veggies in the boiling brine for 1-2 minutes only. However, even a short blanching period proved to be excessive. I can now confidently recommend simply pouring the boiling brine over the raw veggies layered in heatproof jars. There is enough residual heat to lightly blanch almost any veggie you might choose. Pickles should be crunchy, not flabby.

I discovered a couple of other things as well. Namely that broccoli does not make a great pickle. It turns a dreadful color in the brine, as do purple beans. I’m also removing roasted, peeled beets from my original list of possible veggie choices. While it makes a lovely pickle on its own, it colors the brine pink, when what you really want here is crystal clear. 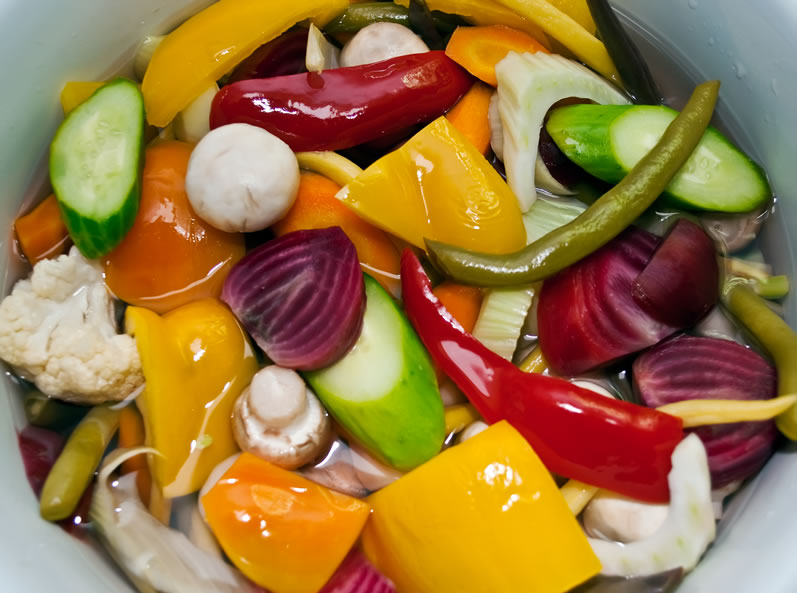 You will want to have this wonderful fresh pickle in your frig at all times. It’s a sparkling addition to almost any sandwich and a great antipasto as well.

This makes a rather large amount of pickled veggies, but they will keep (and actually get better and better) for 1-3 months in the frig. (You can of course half the recipe if you wish.)

This brine is only mildly sweet. Do feel free to adjust the sugar and salt level to your own preferences. I have seen numerous Giardiniera recipes that specify twice this much sugar.

Veggies
4 quarts of some combination of the following (trimmed, and sliced, diced, or chunked into nibble-size pieces as desired):

Plus one or more of the following, if desired: