This is the wonderful, creamy clam chowder I grew up with in Seattle. Thickened only with heavy cream, then topped with sweet butter, this clam chowder is the real thing, satisfying beyond description. 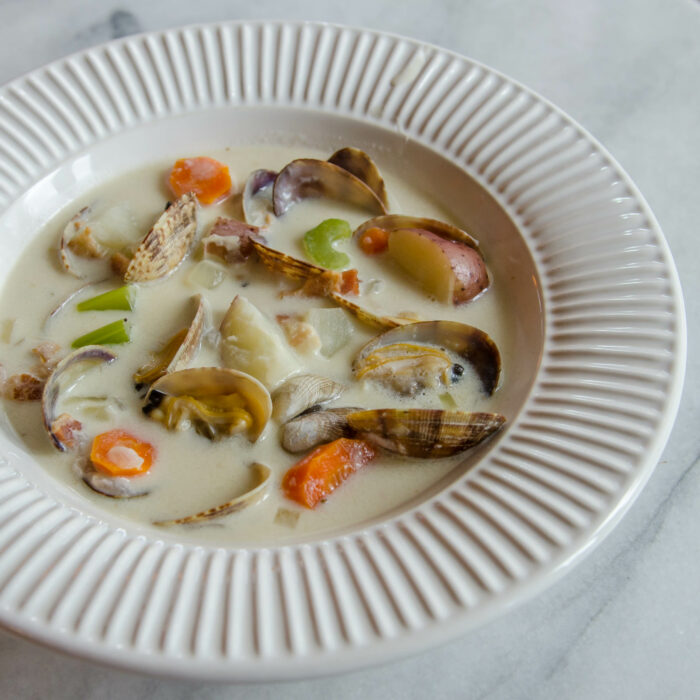 I grew up in the Pacific Northwest, surrounded by the briny air of Puget Sound and just a couple of hours from the Washington Coast. So I can’t remember a time without fresh clams. We bought them fresh at Pike Place Market.

And then a couple of times each year during razor clam season, the entire family would pile into the car before dawn and head to Ocean Shores on the Washington Coast. 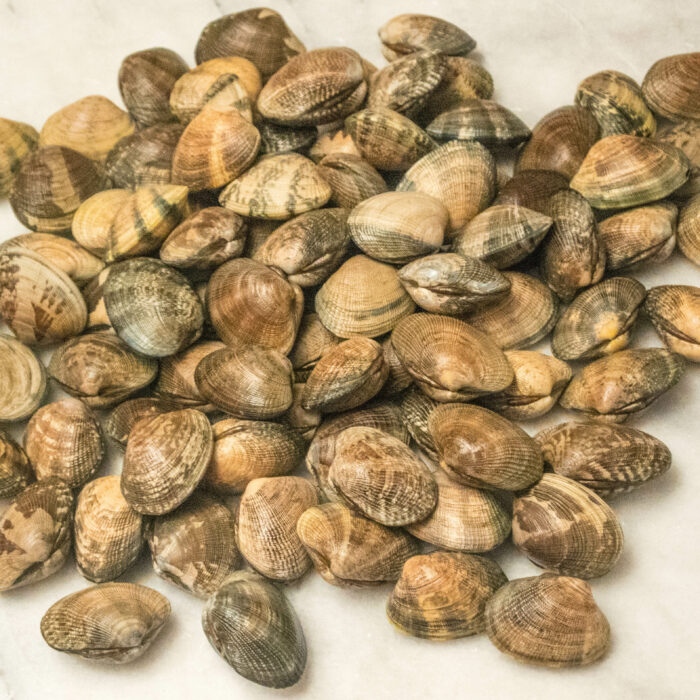 By mid-morning, we were all wet and hypothermic, but we had pails of large razor clams as fair reward. 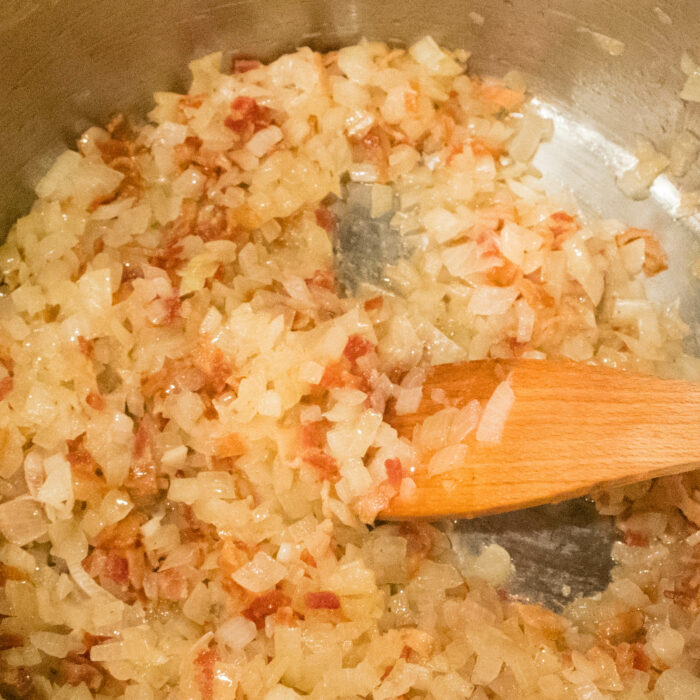 We swapped wet clothes for dry and made it home in time for Dad to whip up his famous clam chowder for dinner. Unthickened, loaded with cream, topped with swirls of butter, and tasting intensely of fresh clams, it was sublime. I can still taste it in memory all these years later.

These days, I get fresh clams the easy way—at Newman’s Fish Market in Portland. 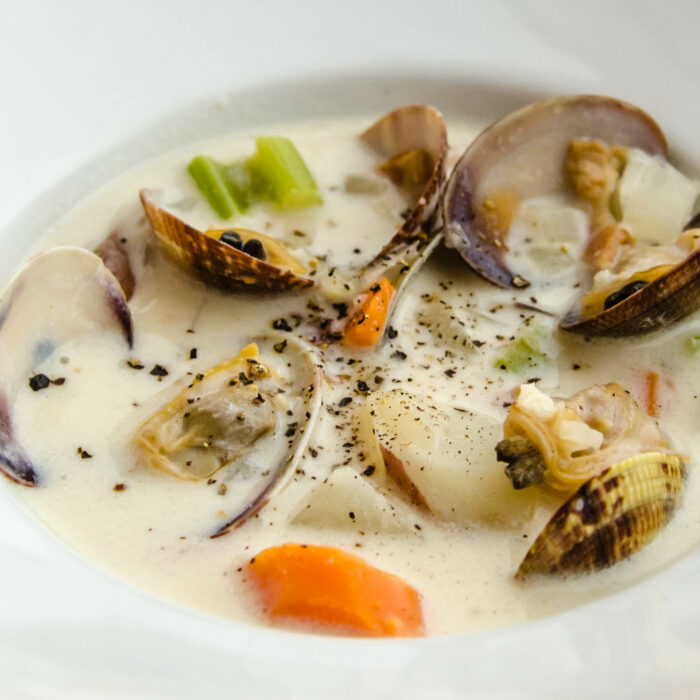 Flour or No Flour

For years, I was a judge for the annual Seattle Chowder Cook-Off at beautiful Gas Works Park on Lake Union.

I know it sounds like a dream gig, but truthfully, it was problematic.

Cup after cup of chowder came at the judges at 5 minute intervals, almost all of them lukewarm (no fault of the chefs) and pasty thick (flour sauces thicken as they cool, so this too was not totally under the chefs’ control).

Nevertheless, nearly every chowder was disappointing: a result of overly thickened base, discordant herbs, and rubbery canned clams.

So I’m biased, and there are always exceptions, but my rule on clam chowder is NO THICKENER of any kind. No flour. No potato starch. No mashed potato. No anything.

If this approach seems too severe, then at least ensure that the thickener is nearly imperceptible. Use only a small proportion of flour (½ tablespoon per cup of liquid) and cook the roux of fat and flour thoroughly (5 minutes without browning) before adding the liquid. This will result in a silky, barely thickened chowder base.

This is the wonderful, creamy clam chowder I grew up with in Seattle. Thickened only with heavy cream, then topped with sweet butter, this clam chowder is the real thing, satisfying beyond description.

Technique Note   I steam the clams separately from the chowder, because occasionally, a batch of Northwest clams is loaded with mud, even after soaking. It’s a simple precaution that prevents a ruined chowder.

Technique Note   If you prefer a lightly thickened chowder, at Step 4, add 3 tablespoons all-purpose flour to the bacon fat, and cook, stirring constantly, without browning, for 3-5 minutes. At Step 5, whisk while adding clam nectar, to keep flour from clumping.

6 cups clam nectar (from above)

3 cups steamed clams, whole or chopped, with or without shells (from above)