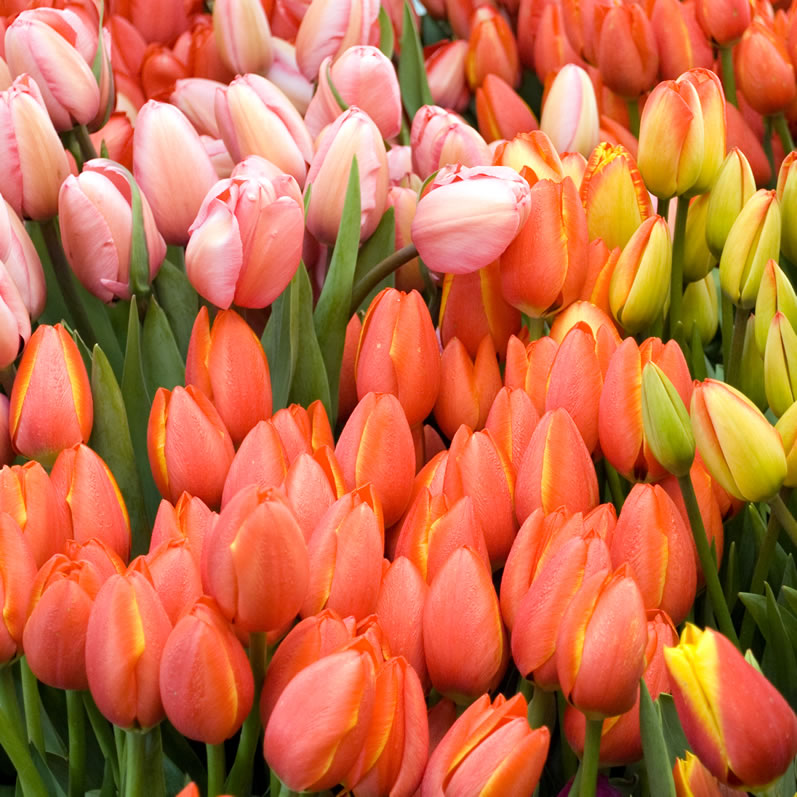 Every year, I rush to Seattle’s Pike Place Market (PPM) in March, expecting to be greeted by a jubilant array of local vegetables, tulips, and daffodils. The tulips and daffodils are always there, and this year is no exception. They are over-the-top magnificent. The local vegetables though are never anywhere to be seen. I know this will be the case, but I can never quite believe it. 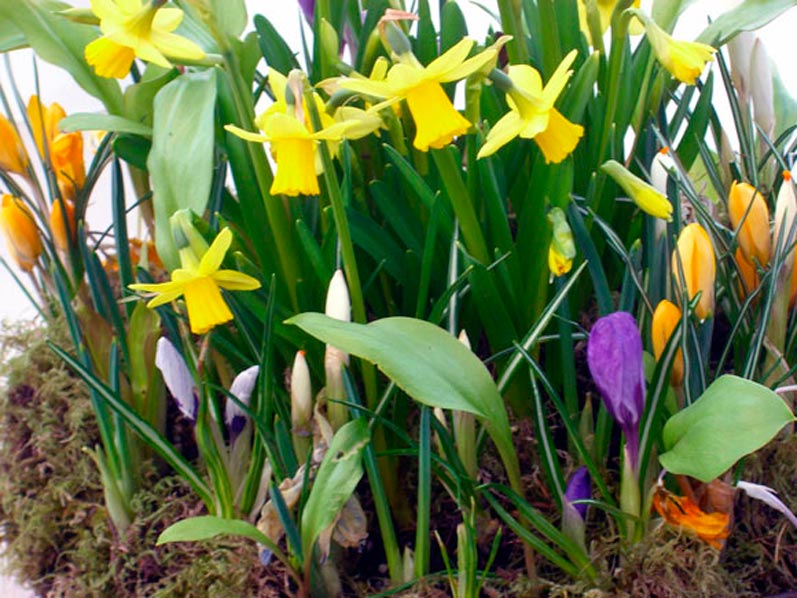 Well, think about it. Up until a few weeks ago, the ground was still frozen. The long anticipated sunshine went on hiatus to some other part of the country for the entire month of March, which was bitterly cold. Then, as a kicker, there were many days of heavy rain onto the already soaked ground and that precipitated widespread flooding. Early spring crops don’t fare well under these conditions and many growers sadly lost their first plantings. 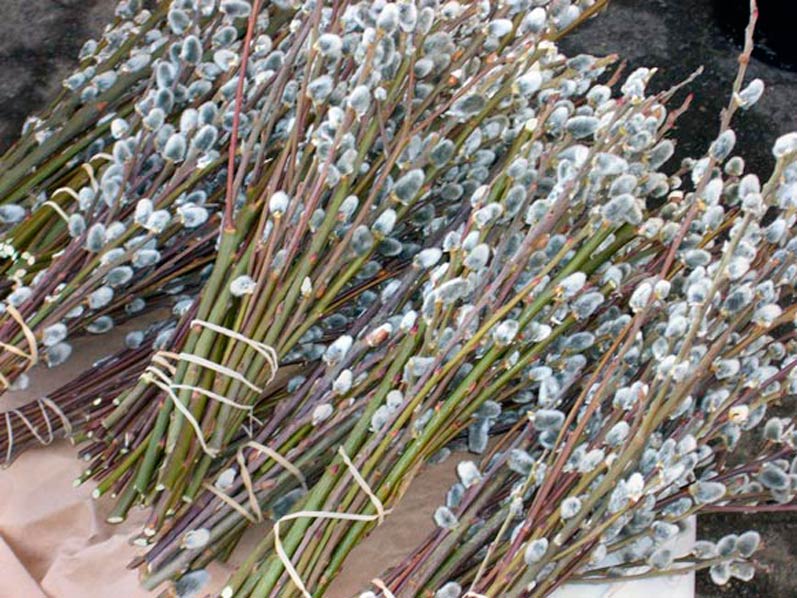 In addition, Pike Place Market (although still a favorite haunt of mine) is sadly no longer a true local farmers market (except from June through September on Summer Farm Days and the selection then is not what you will see in other top-rated Northwest farmers markets). 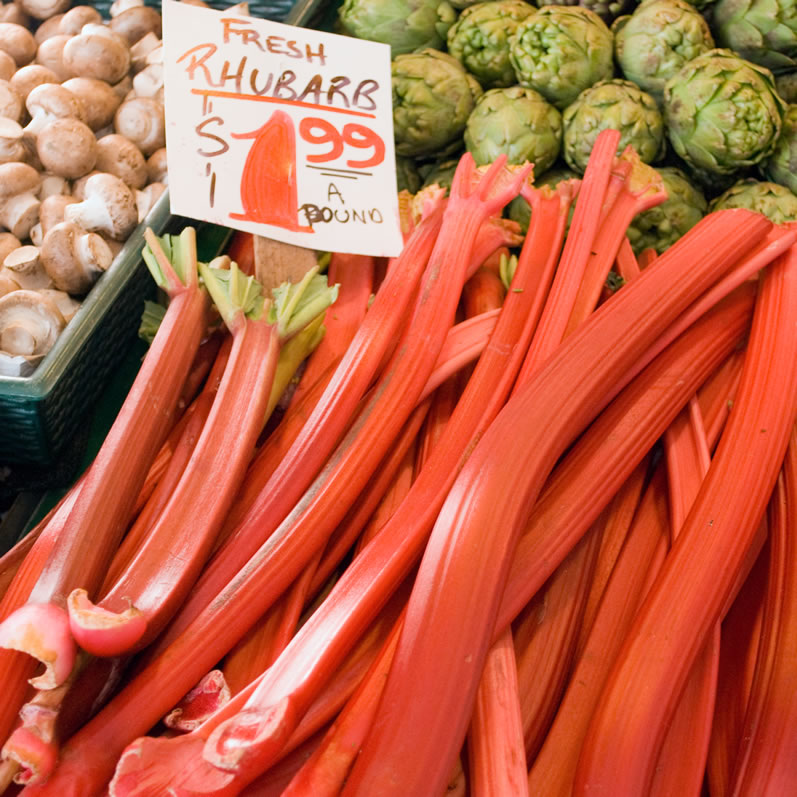 Produce comes into the market from all over the world and it is sometimes difficult to tell whether a particular item is local or imported from elsewhere. In March and April, you get no real sense of local crop availability, except for the glorious flowers. The only vegetative sign at PPM that spring has sprung in Northwest fields and gardens are the crimson displays of hothouse rhubarb, which are welcome harbingers of the bounty to come. (For an early taste of rhubarb, the Zeppole with Housemade Rhubarb Jam & Vanilla Creme Anglaise served at Branzino in Seattle is a lovely dessert.)

But, perhaps PPM’s seafood bounty makes up for the shortcomings in the spring produce department. 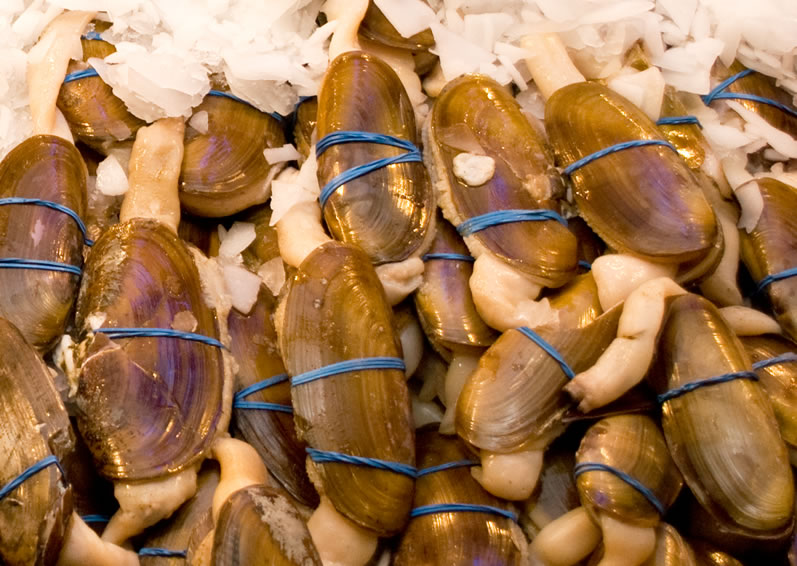 These razor clams are gorgeous. In my cookbook, Pacific Northwest Palate: Four Seasons of Great Cooking, there is a recipe for Baby Clam and Spinach Soup with Pepper Bacon that could easily be adapted for razor clams. Or use these in your favorite clam chowder. 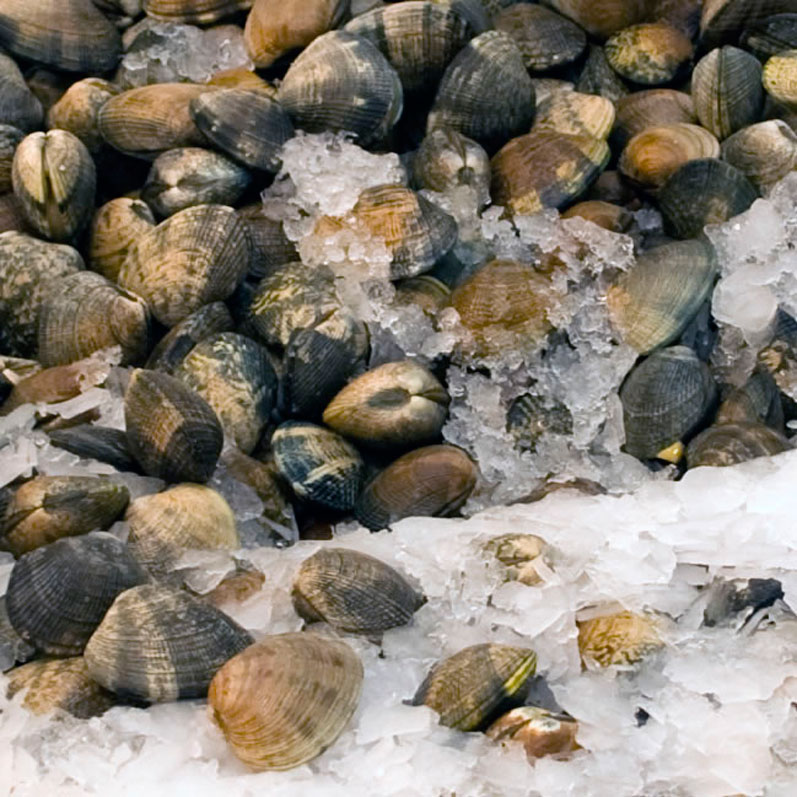 The manila clams look incredible right now; so small and perfect. The same goes for the Washington blue mussels from Penn Cove. I have rough sketched a recipe for Clams and Mussels in Spicy Black Bean Sauce, and there is no better time than now to try it out. Perhaps I can throw in a handful of the wonderful greens that are also available right now. Plus the lovely spring garlic. Wow, I can actually smell this! 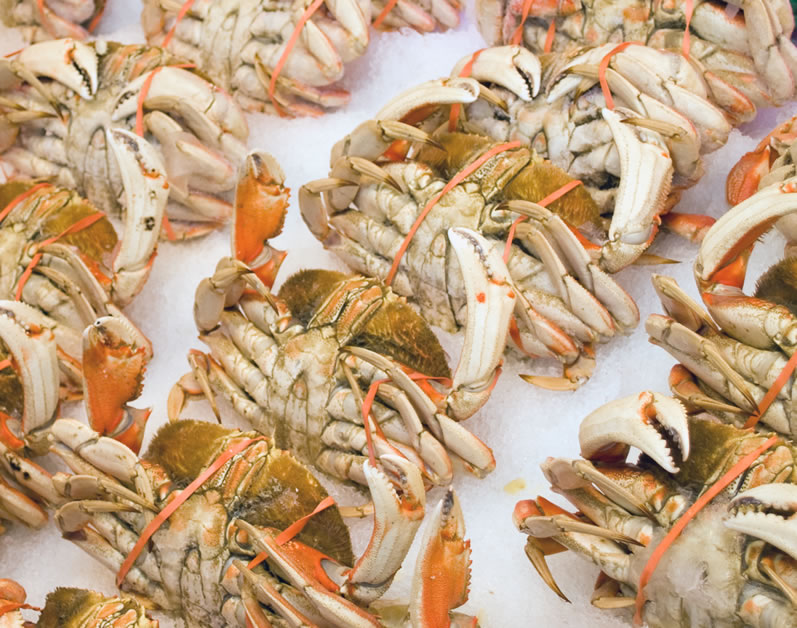 I am not a fan of precooked Dungeness crab, but they are also available live. I will share with you sometime the “best” way to dispatch and cook a crab, which I learned from Frank Bradley (MauiJim’s Dad) while he was living on beautiful Birch Bay. Now that I have tasted the difference, I always buy them live, rush them home in a cooler, and then quickly and humanely dispatch them with a knife. No boiling water (cruel!), which causes the pungent gastric juices to permeate the flesh, thus muddying the otherwise pristinely clean flavor.

So an entire month has passed and now it’s April. I bundled up this morning and rushed off to the University District Farmers Market to check out the local produce scene. Surely something must be growing by now. 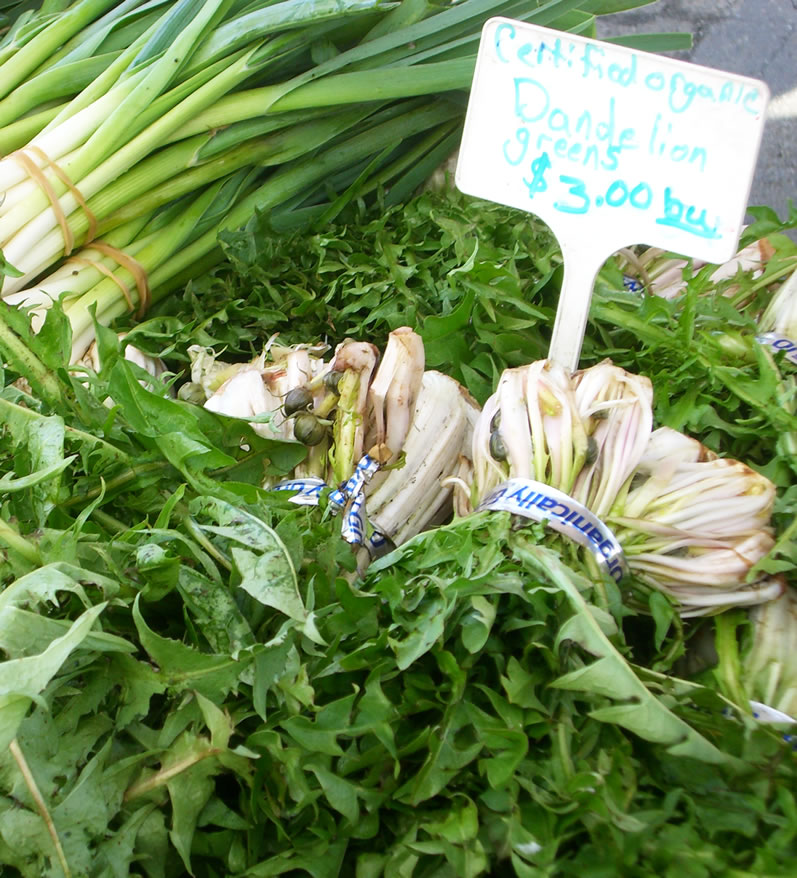 Well, dandelions never stop growing, right? They are delicious served as a wilted salad with a hot, garlic-infused vinaigrette and toasted hazelnuts.

I was amazed at the variety of produce that is available this early in the season. One of the growers told me that after the flood, he took a look at his beaten down crops and decided to plow them all under and begin again. True grit! With the help of a thick insulating material to jump start germination and then an improvised plastic tunnel to keep the young plants from freezing, this grower had several heaping tables of produce to sell, including … 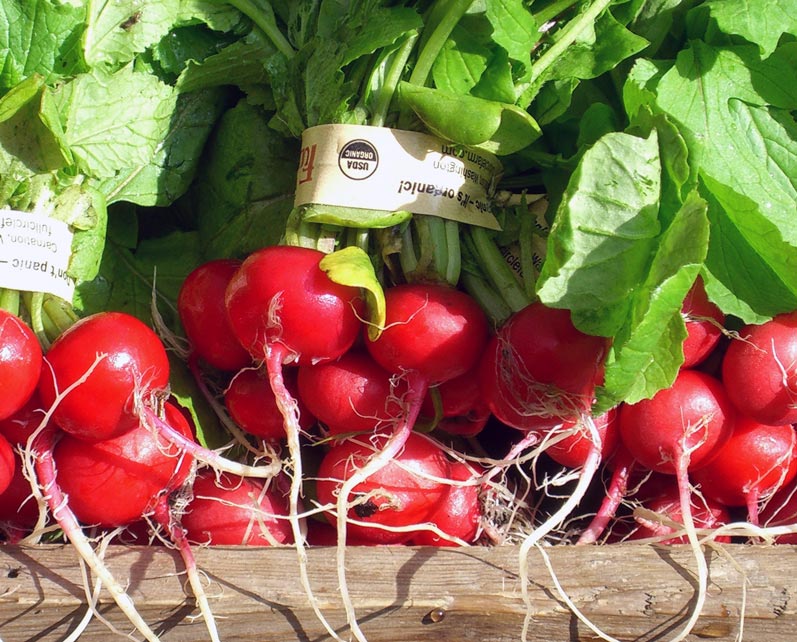 … the most beautiful baby radishes I have ever seen. I wanted to grab a bunch and beg some salt off someone so I could eat them immediately. 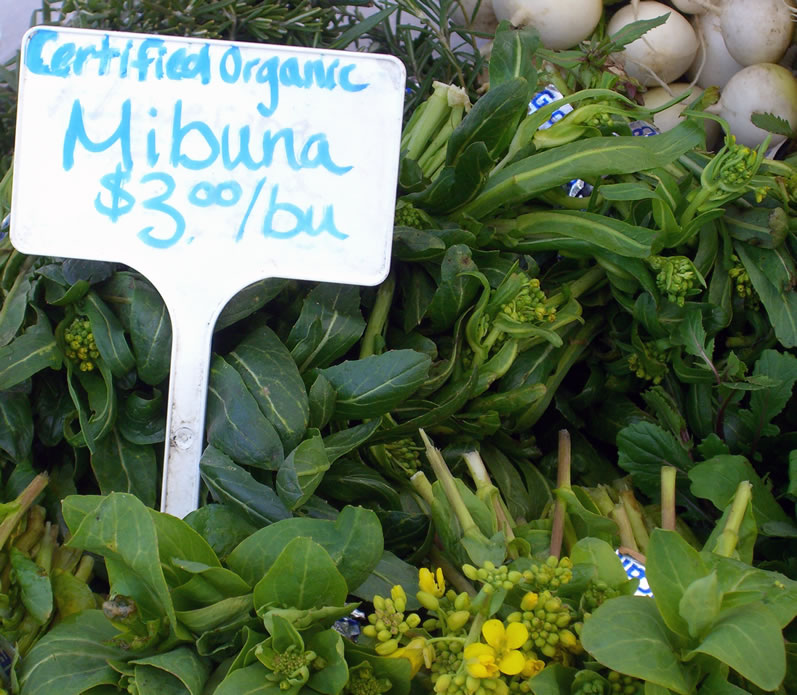 Mibuna? I admit, I had never heard of it. But thanks to Green Living and the Royal Horticultural Society, I now know that Mibuna is a rather recent entry to the western garden. It can be eaten raw, lightly steamed, stir-fried, or in soup. Young flowering stems can be cooked like broccoli. It can also be pickled. It has a nutty, mustard-like flavor and is similar to mizuna. It is excellent as a garnish or as part of a salad. Next week, I’ll buy a couple of bunches and give them a go in the OtherWorldly Kitchen.

Sautéed Greens Trim and clean two bunches of mixed greens (chard, turnip greens, mustard greens, kale, mibuna, or spinach). Sauté in olive oil; add minced garlic, salt, black pepper, and a splash of balsamic vinegar. When tender, remove to a serving plate with a slotted spoon. Reduce the juices in the pan until syrupy. Add a squeeze of lemon juice and drizzle over the greens. 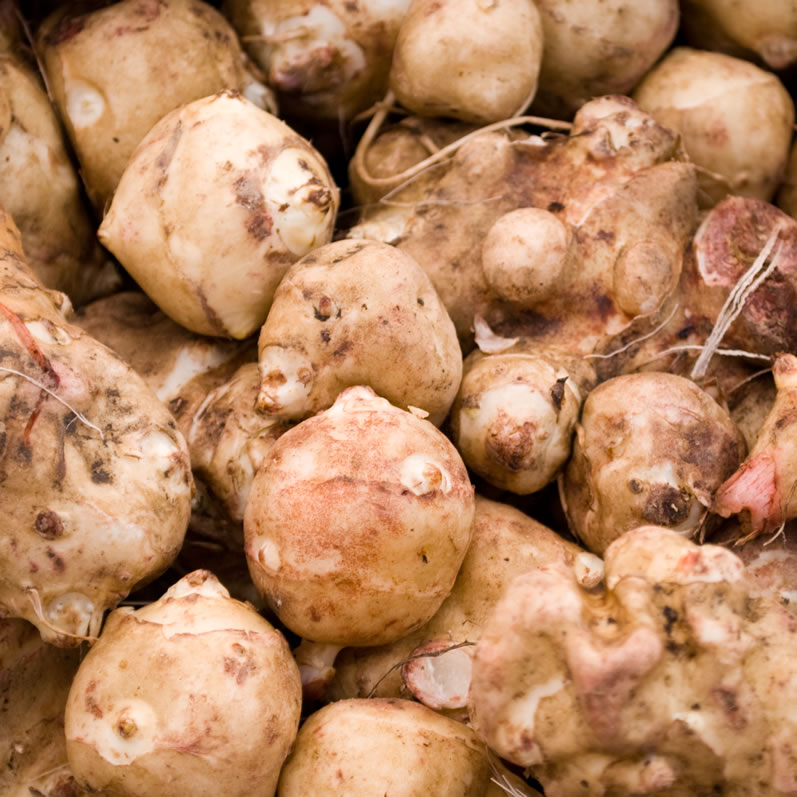 I do, however, know what to do with sweet, earthy, nutty-flavored sunchokes (Jerusalem artichokes): sauté, roast, deep fry, raw in salad, puree into soup, bake in gratin, grate into pancakes, whip with potatoes. Try them in Potato and Five Onion Soup, using half potatoes and half sunchokes. 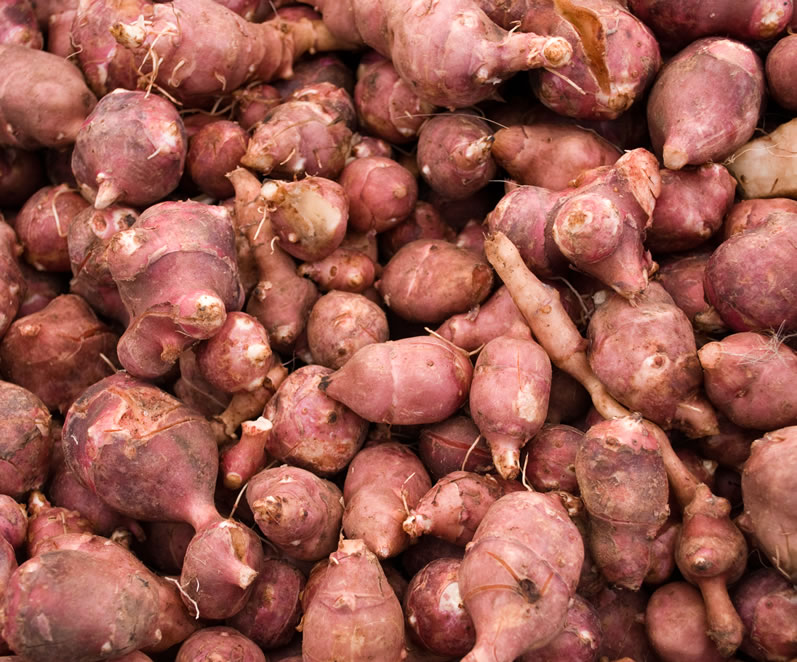 In addition to the more typical creamy-colored sunchokes, there is also a red-hued variety. They both looked young, tender, and fresh. 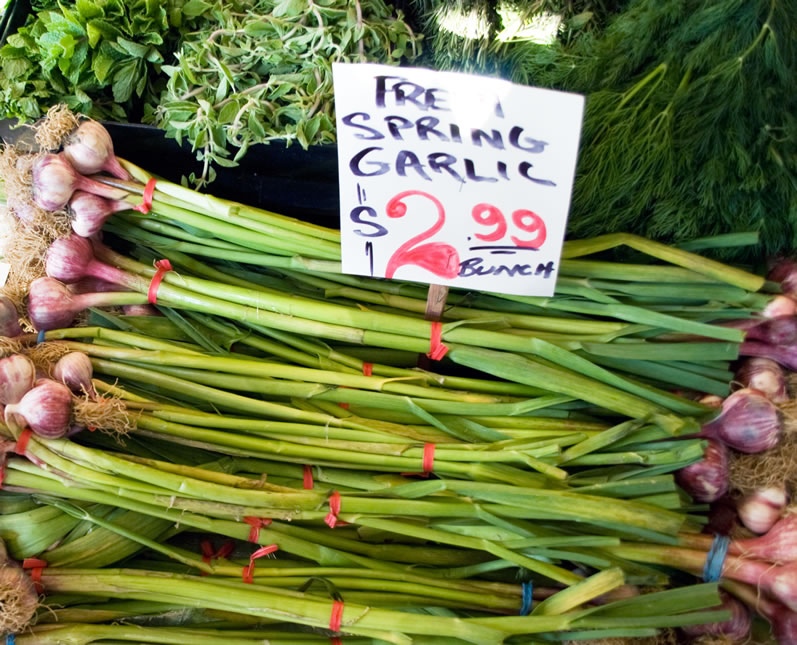 This fragrant young garlic (also called green garlic) is milder and sweeter than later season garlic. It can be used almost in its entirety, as with green onions or leeks. You will find a recipe for Garlic Soup with Sage Leaves and Herb Profiteroles in my cookbook, Pacific Northwest Palate: Four Seasons of Great Cooking. Miners Lettuce Salad, with Baby Beets, Beet Greens, Rapini, & Spring Garlic also sounds wonderful. 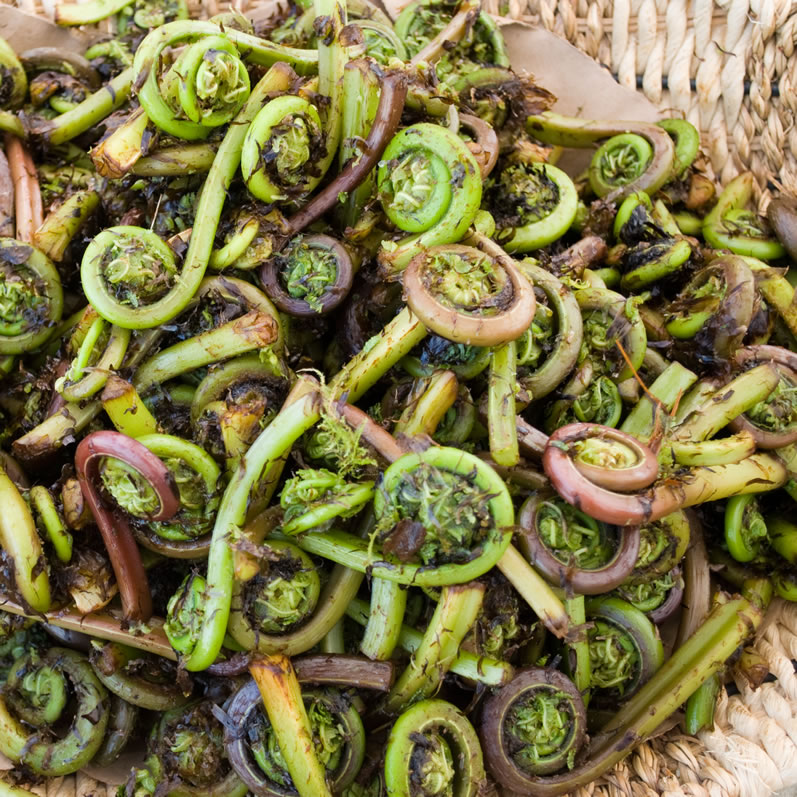 You know it’s spring when you begin to see fiddlehead ferns on local Northwest menus and in the farmers markets. Buy soon though because the season is short. I LOVE the fresh pickled fiddlehead ferns that are served in season at Higgins in Portland, Oregon as an accompaniment to Herb-Marinated Chèvre Cheese with Olives & Parmesan Toasts. Sensational!

Parsnips rarely look this young, tender, and delectable. You might like to try these in Spicy Roasted Parsnip Soup or Parsnip and Potato Rosti. 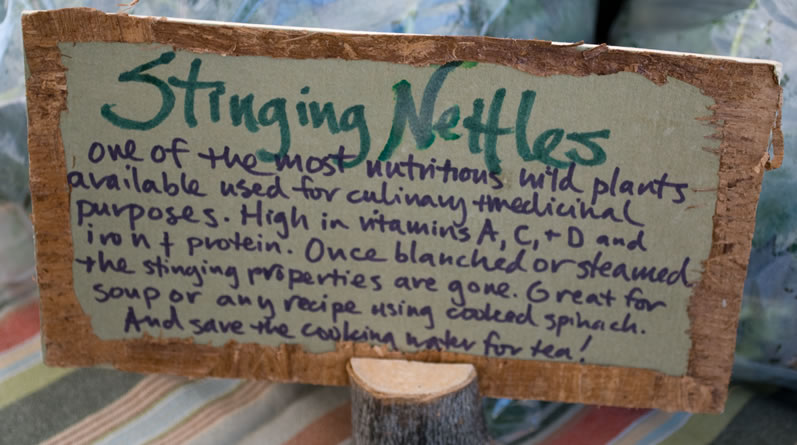 I’m showing you only the sign here because the nettles were packaged in plastic bags, as a safety precaution for unwary shoppers. We live part of the year on five acres in the Cascade foothills and the woods are filled with nettles. I have yet to actually harvest them, however. I may have to step gingerly into the woods now though, because Dana Zia of The Go Lightly Gourmet just posted a recipe for Spring Nettle and Leek Frittata, which looks delish.