My mama never made skillet cornbread like this.  It’s a cross between cornbread and spoonbread, with a lovely crust and wedges that come out moist but intact. The textural contrast  is heavenly. 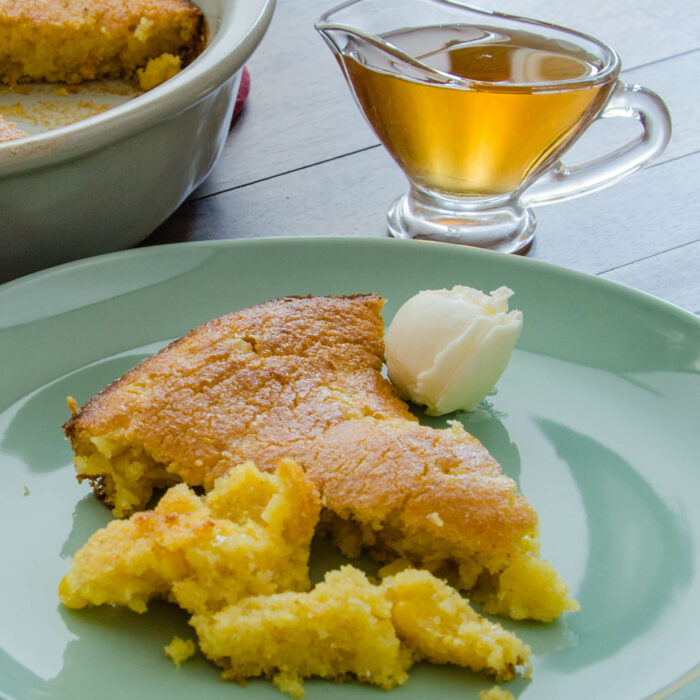 I have a serious thing for cornbread, as you know if you read Aunt Elfred’s New Year’s Eve Corn Bread and Chipotle Cheddar Corn Bread. I’ve spent years, nay decades, in search of divinely inspired cornbread recipes. I even have a copy of Crescent Dragonwell’s The Cornbread Gospels.

So just when I think I’ve experienced every type of cornbread under the sun, something new and wondrous makes its way into my life. 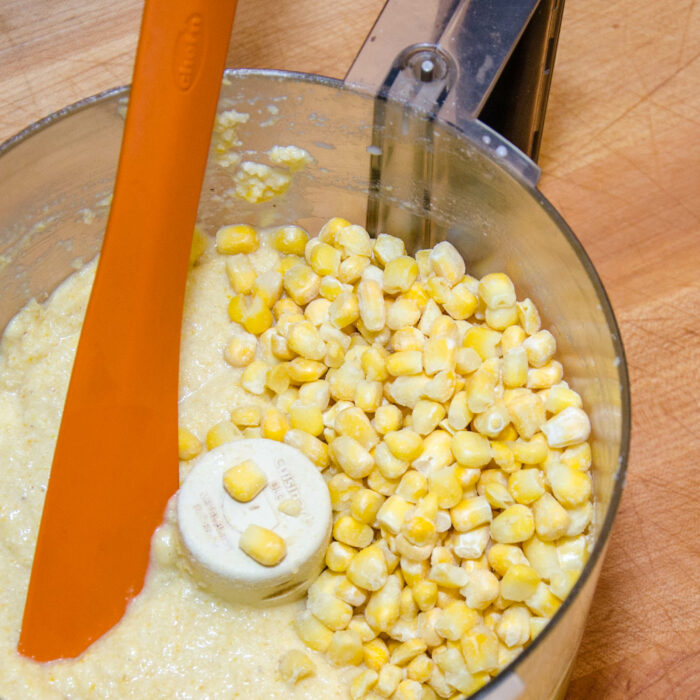 We move to Portland and end up one evening at a local Mexican chain restaurant called Chevy’s. As I swoon over the unimaginably thin, crisp tortilla chips, out comes Wild Mushroom Enchiladas with this tiny scoop of golden yellow cornmeal “something” nestled alongside.

It’s called Sweet Corn Tomalito, and it’s so incredibly tasty that my mouth waters just thinking about it. It’s really more of a sweet spoonbread than the typical cornbread though. You can find the recipe in Chevy’s Fresh Mex Cookbook.

And then recently, I’m having dinner with friends at Chef John Gorham’s Tasty & Alder in downtown Portland when out comes a cast iron skillet containing the most delectable cornbread ever. My sweet mama made a mean cornbread, but it was nothing like this. 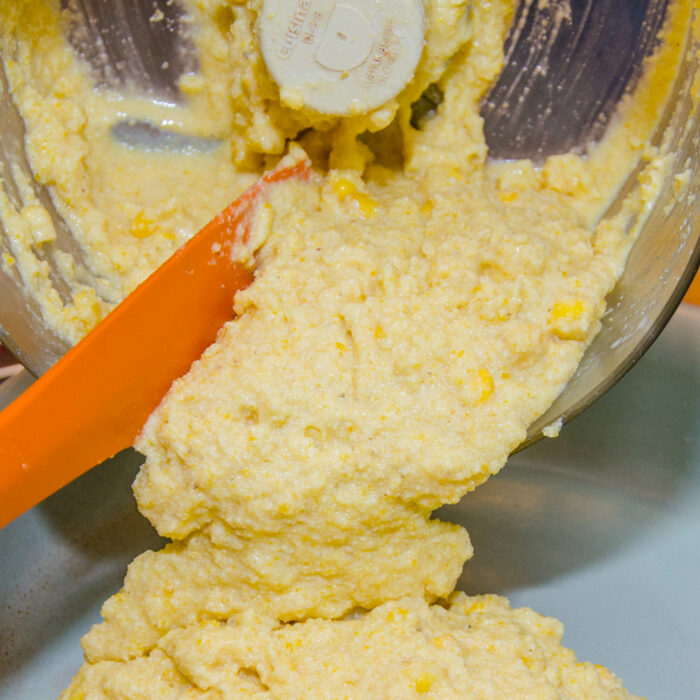 It reminds me of Chevy’s Sweet Corn Tomalito. But it’s more cornbread than spoonbread or savory pudding; it has a lovely crust on top and the wedges come out moist but intact. The contrast in texture between the crispy outside edges and the very moist center is heavenly.

So that’s what I’m trying for here. And by gosh, I think even mama will approve. 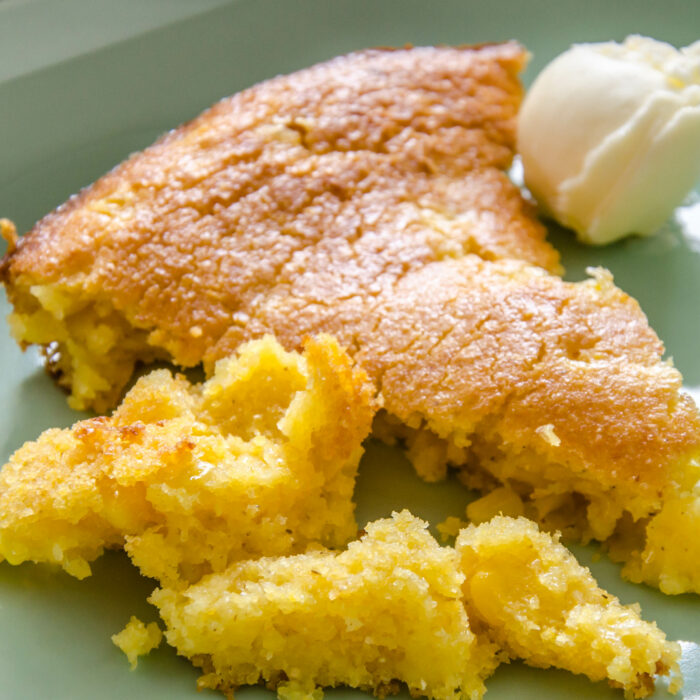 This is not the usual skillet cornbread. It’s super moist, sweet, and almost chewy at the center. The combination of masa harina, cornmeal, and fresh corn give it an over-the-top, crazy good taste.