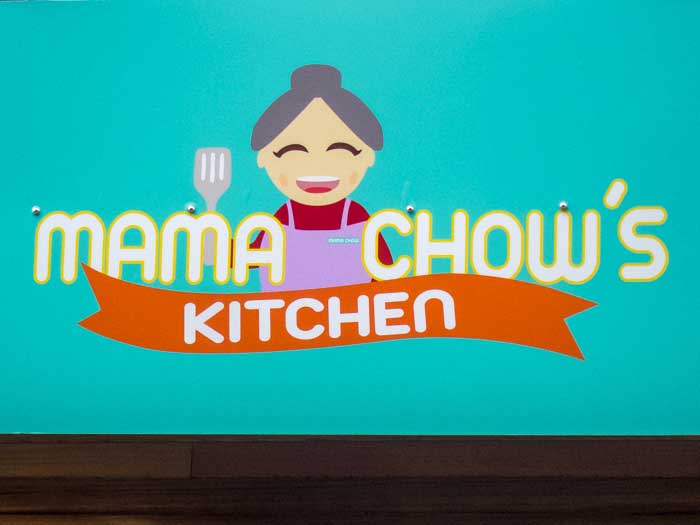 If there’s one dish in the universe that I never tire of, it’s Wonton Soup. But not just any run-of-the-mill Wonton Soup with week-old broth and three or four mushy wontons. There’s way too much of that sorry slop around.

No way. I want Wonton Soup that’s worth walking a couple of miles for, anticipation mounting with each step. I make Wonton Soup myself, so mediocre won’t cut it.

I want the broth to be fresh, clean, full-flavored, and well-seasoned. Maybe even a little spicy. 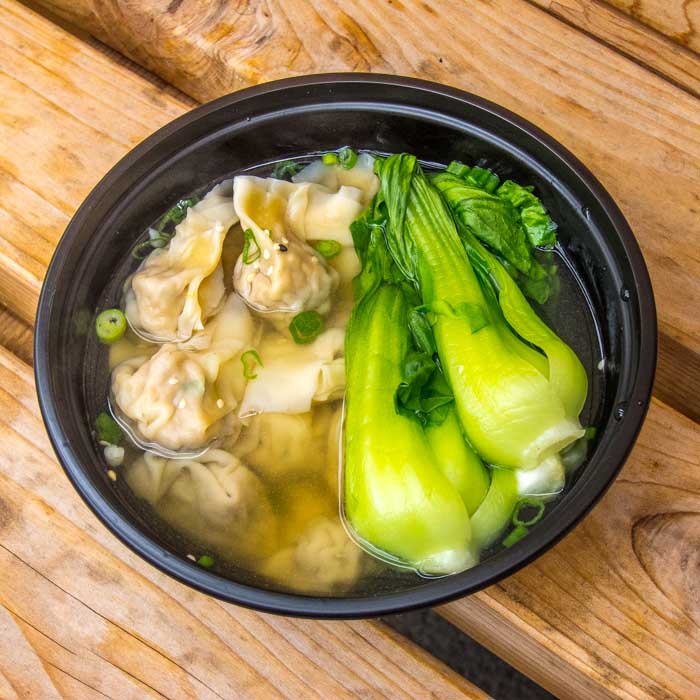 And if there are a few vegetables thrown in to appease that finger wagging voice in my head that loves to ruin every indulgent meal, so much the better. Make it perfectly steamed baby bok choy, and all resistance evaporates.

Enter Mama Chow’s Kitchen, the food cart brainchild of ebullient chef and culinary entrepreneur, Jeff Chow, with an able assist from his mother, Lalie Chow, who is famous for her life affirming, soul lifting Wonton Soup. 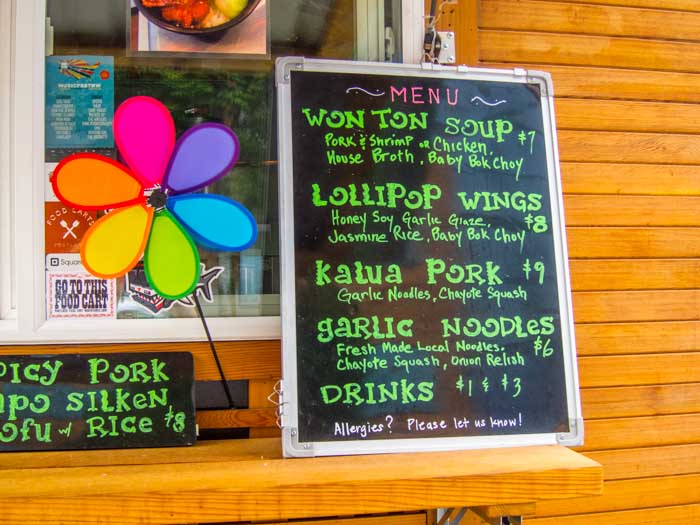 Jeff and Lalie’s Wonton Soup is so far beyond ordinary that you may find yourself looking for excuses to eat it three times a week.

You know, like you just happen to be walking down SW 2nd and Stark between 11-3 on a weekday. You haven’t had lunch. You’re starving. You have only $7.00 in your pocket. 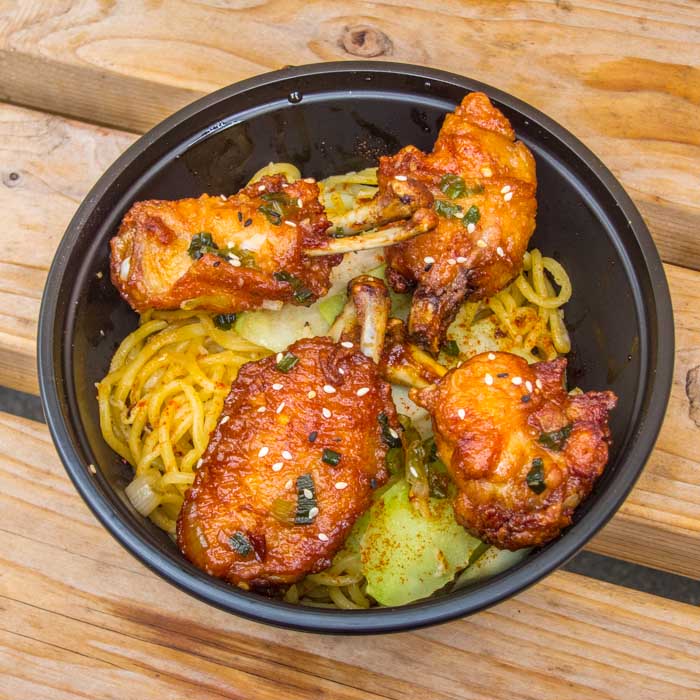 And for some unfathomable reason, this unlikely sequence of events happens every Monday, Wednesday, and Friday. Only on Friday you buy an extra bowl of soup to tide you over the weekend.

And by this point, you are also regularly ordering the crisp, succulent, tender, sweet, and savory Lollipop Chicken Wings. You know, for an appetizer. 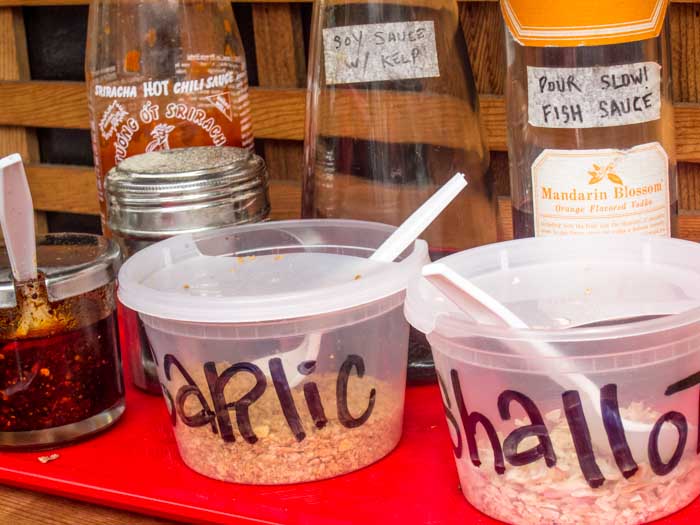 And the deceptively simple but also incredibly delicious Garlic Noodles. Because, well, noodles are known to increase happiness. And happiness will make you a better human being. Which will benefit the entire world. 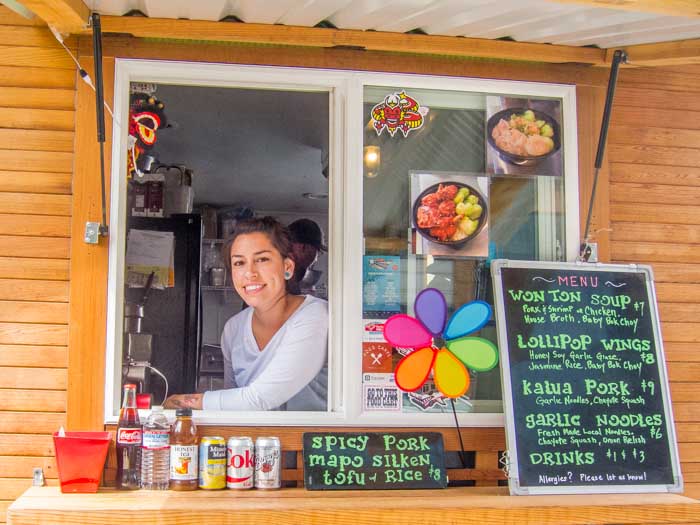 Just look at Mena there behind the counter. She gives that genuine, heartwarming smile to everyone who ventures up to her window. She’s changing the world, one customer at a time. Because she’s happy.

And I’m sure it’s all because of Mama Chow’s Kitchen and their inspired Wonton Soup. 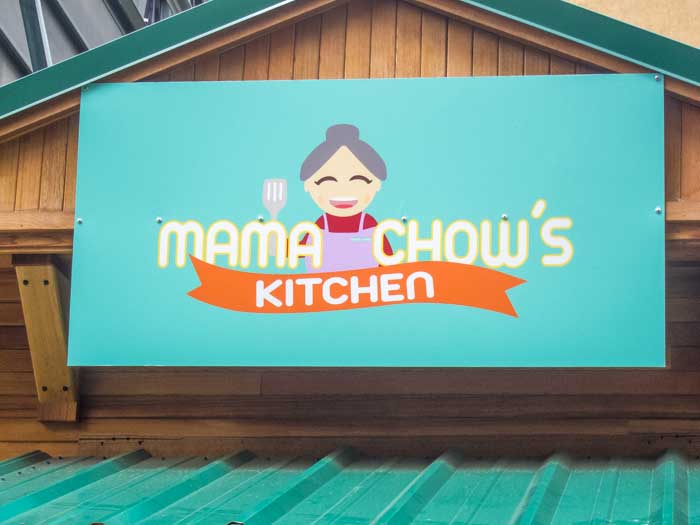