The following directions for roasting and skinning peppers will become second nature after you’ve roasted a couple batches of peppers. 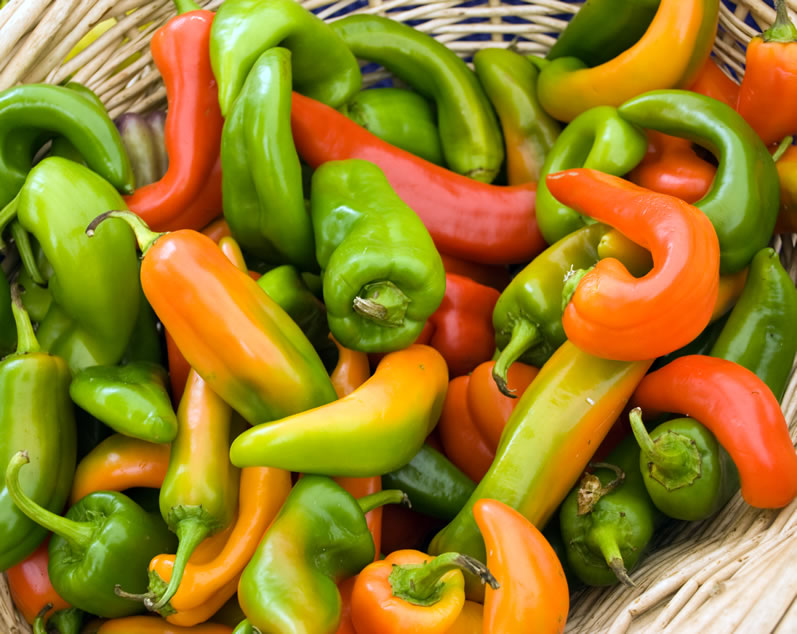 When Columbus first set foot on the Caribbean island that is now shared by Haiti and the Dominican Republic, he was hoping to find black pepper, the world’s most costly spice. Instead he found the genus Capsicum which the native inhabitants called aji. Probably a little frantic that his expedition was going unexpectedly awry, he quickly renamed the spicy vegetable, pepper, and while he was at it, the Arawak natives, Indians, to support the idea that he had indeed found a western trade route to India. 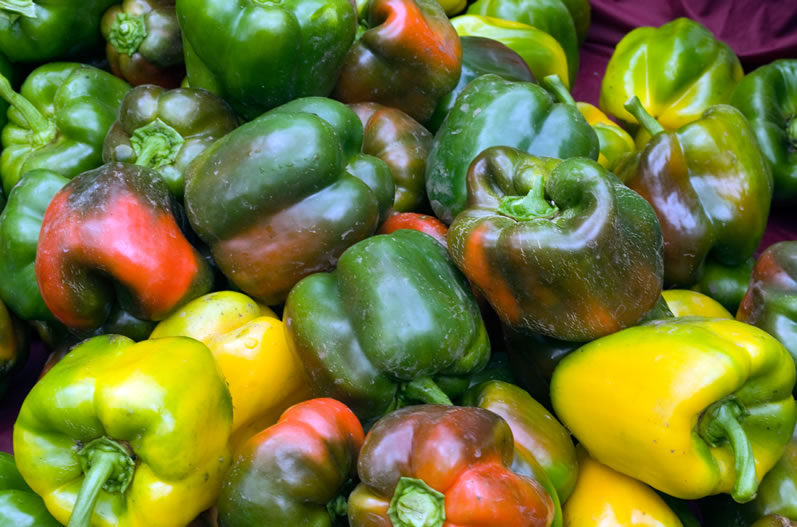 Columbus may have been mistaken on both counts, but the discovery of Capsicum peppers was perhaps the most fortuitous food discovery made by early explorers. Today the genus (which includes peppers both blindingly hot and mild as summer rain) gives the world its most widely used flavoring. 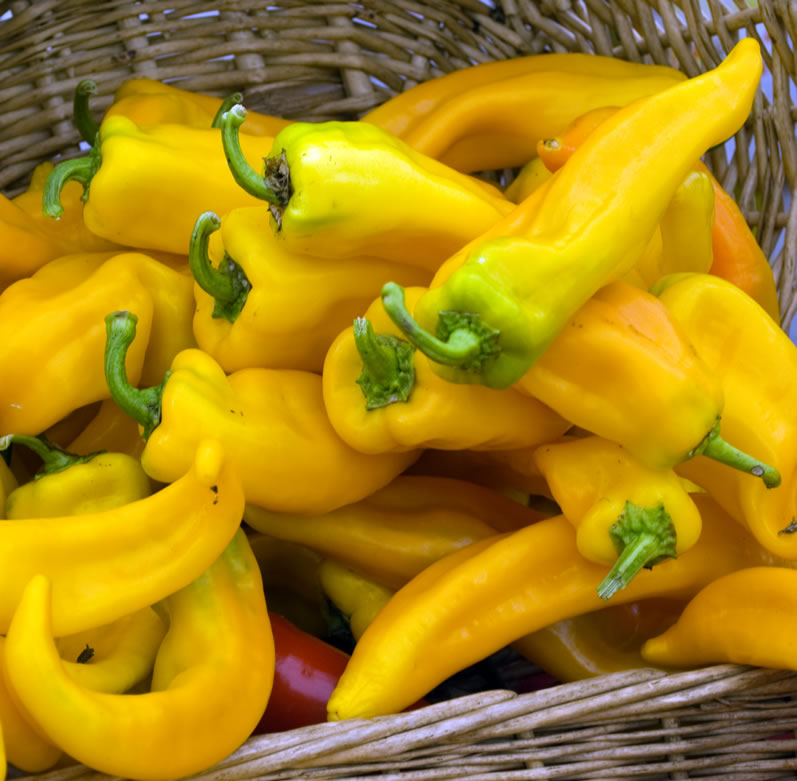 In the mild category, sweet bell peppers are used extensively in their countries of origin, namely Central and Latin America, as well as in Mexico and the American Southwest. Spanish and Portuguese traders first introduced the new genus to countries where spice appreciation was already well established, namely India, the Middle East, and the Far East. Hungary was an early sweet pepper enthusiast as well, followed closely by Spain, Italy, France, Germany, and finally, England, which reintroduced the vegetable to American soil with the early colonists. 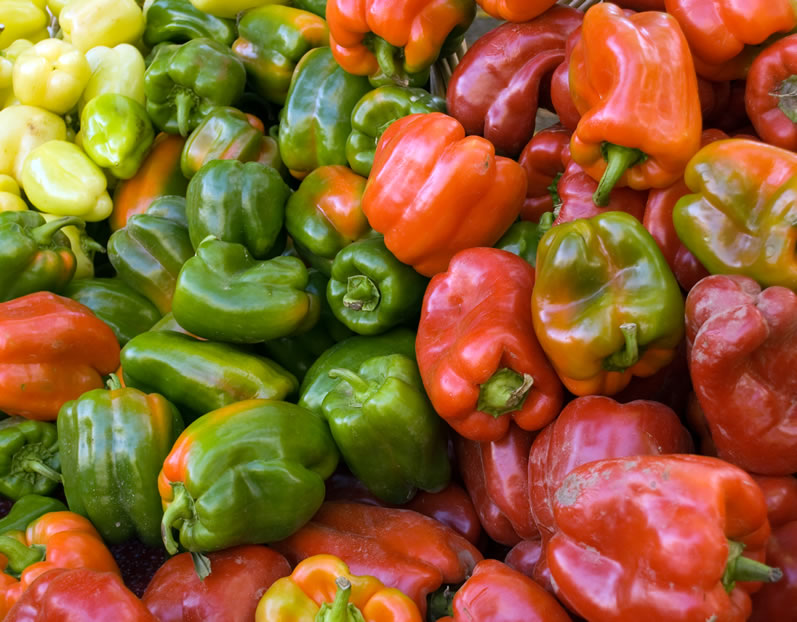 Though peppers were not a popular crop in colonial America, American cooks eventually warmed to the idea of including them in their developing regional cuisines. By 1888, Burpee’s Farm Annual offered some twenty varieties of pepper seeds. Today there are over one hundred sweet pepper cultivars on the market. California and Florida produce most of America’s sweet pepper crop, so it is understandable that both of these regional cuisines represent the sweet pepper well. Exemplary use is also made of sweet peppers in Northwest cuisine and Creole-Cajun cuisine. 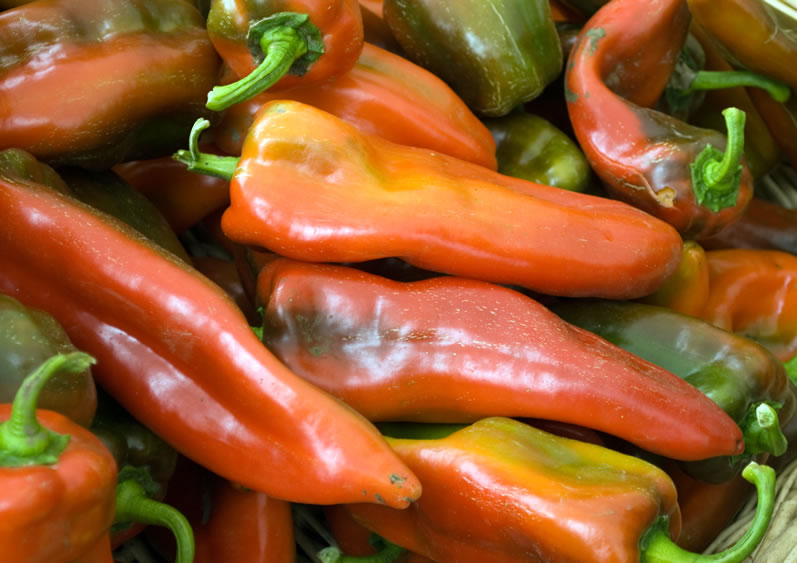 At some point in early culinary history, cooks (probably Native American cooks) noticed that the skins of many peppers, particularly the sweet varieties, toughen and become less digestible when cooked slowly in a liquid environment. Since campfires were close at hand, it would have been noticed that this papery skin separates when charred, making it easily removable. Good cooks in every corner of the world have been roasting and skinning their sweet bell peppers ever since. 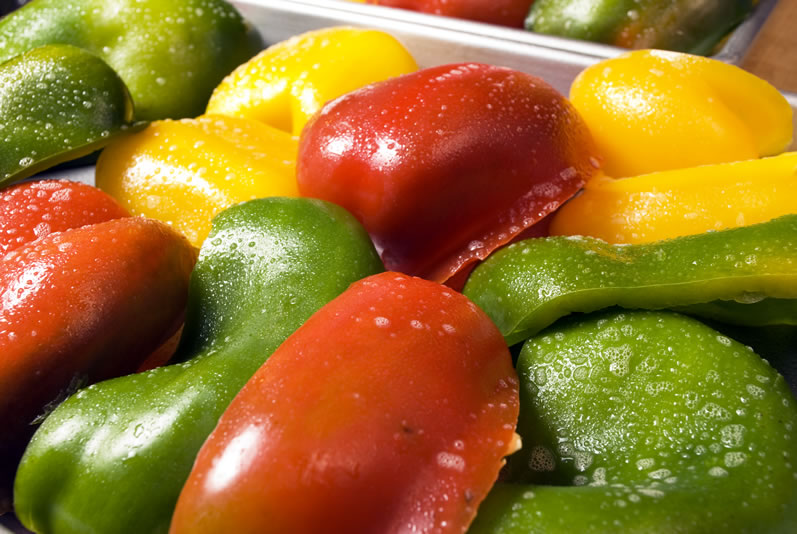 While you lose the bright taste and crisp texture of fresh peppers when you roast them, you obtain in exchange an irresistible smoky flavor and a lush, almost meaty texture. In fact, peppers become an entirely different ingredient when treated in this manner.

The rule of thumb is this: If you plan to use the peppers raw or in a quick sauté or stir-fry, leave them as is. Otherwise, roast and skin them.  And now that you know the rule, you may of course break it any time you wish. 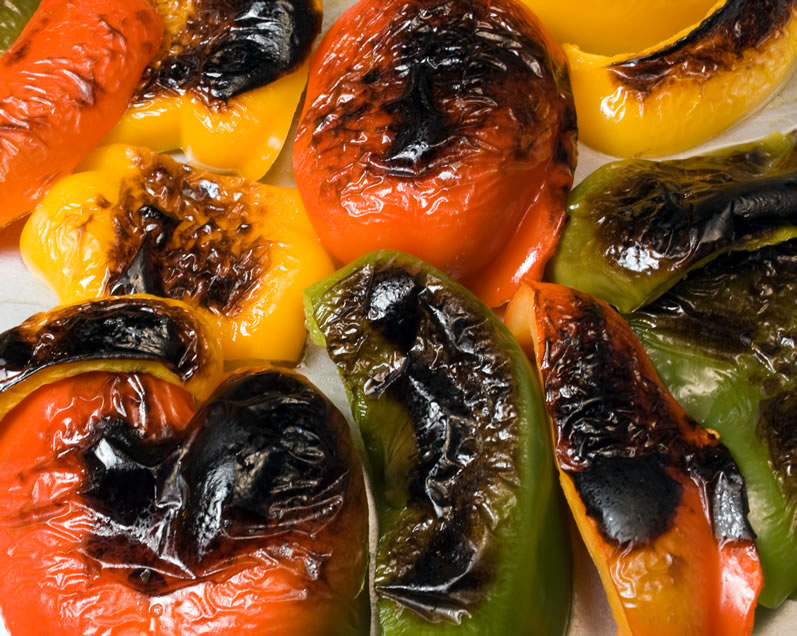 The following directions for roasting and skinning peppers will become second nature after you’ve roasted a couple batches of peppers. Cutting the peppers in half before roasting saves a lot of tedious rotating in the oven and provides perfect results every time.

Note If you are handling hot peppers, wear disposable plastic gloves, and be very careful not to touch your face. Also, some supposedly mild peppers, such as poblanos, can on occasion be quite hot. If in doubt, wear gloves.

This method is preferred for large quantities of peppers. It’s quick and relatively easy.

This method is useful if you need to roast only 1 or 2 peppers. It requires an open flame, as in a gas stove top. 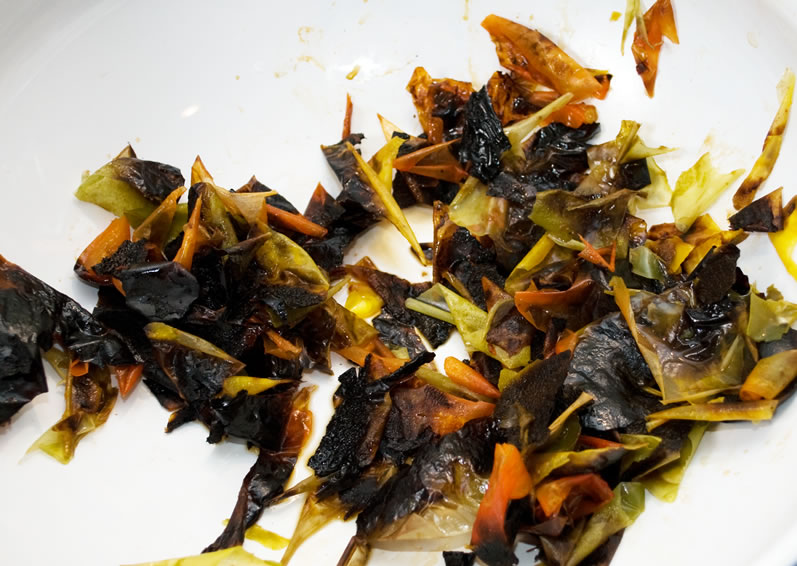