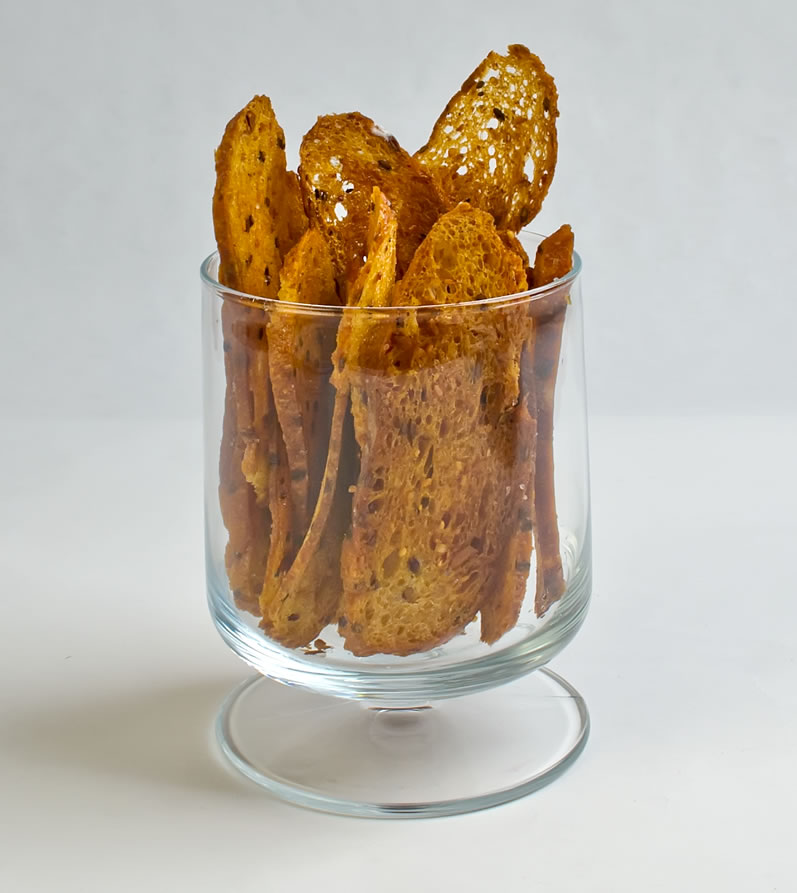 Have you ever had a dish haunt you for years and years? Or perhaps one particular component of a dish? Have you tried repeatedly to reproduce that dish and failed miserably every time? Have you feigned innocence with one after another server to see if you could wheedle out the EXACT instructions for making that elusive something? “This is delicious. What type of bread is it?” “Really? But it’s SO crisp. How long does it bake?” “Parmesan too, eh?”

If so, you will understand why I am elated to share this seemingly simple recipe with you today. I have tried again and again over the years to duplicate the exceedingly light, open-textured, crisp “toast” that is part of one of my favorite restaurant appetizers, Herb-Marinated Chèvre with Olives & Parmesan Toast at Higgins in Portland, Oregon.

But no matter what I try (varying oven temperatures, different breads, with and without parmesan, and so forth), until this past week, I could not duplicate that elusive texture, which literally shatters in the mouth and dissolves into shards of buttery, toasty goodness. In fact, I had given up. 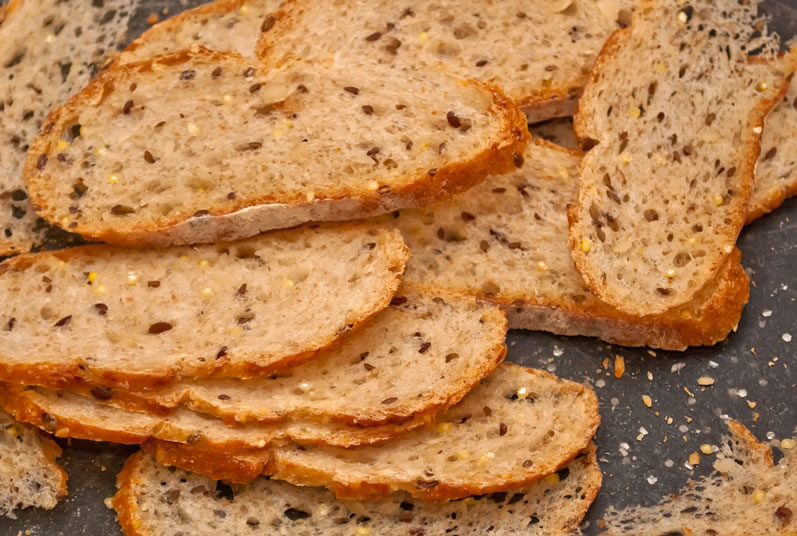 I was, however, becoming curious about the toasted bread thingies that are showing up these days in upscale markets at astronomical prices. They aren’t crackers. Instead, they are very thin, very crisp slices of bread, studded with seeds, dried fruit, and other colorful goodies. Here are some particularly lovely examples: Raincoast Crisps, from Lesley Stowe Fine Foods.

Then, for a photo shoot of warmed brie with Spiced Rhubarb Chutney, I bought a more affordable box of Raisin Rosemary Crisps at Trader Joe’s. Then at the last moment, I opened the box and discovered that the crisps are a mere 1-inch square. That wasn’t going to cut it for the photo.

So in desperation, I noticed a forgotten, 2-day-old seeded baguette on the counter. I turned on the oven, sliced the stale bread as thinly as possible, arranged it on a baking pan, slathered melted butter on both sides, ground sea salt over the bread and shoved the pan into the oven. Within 15 minutes, the photo styling was complete, and I breathed a sigh of relief.

Then, as MauiJim was doing his magic in the photo studio (well okay, combined offices/kitchen/studio crammed with photo equipment, table, props, and other incredibly important junk), I began eating the crisps. Holy Moly!

These are the elusive Higgins bread crisps, without the added parmesan topping. The quest is over. And I will never throw out a stale baguette again. 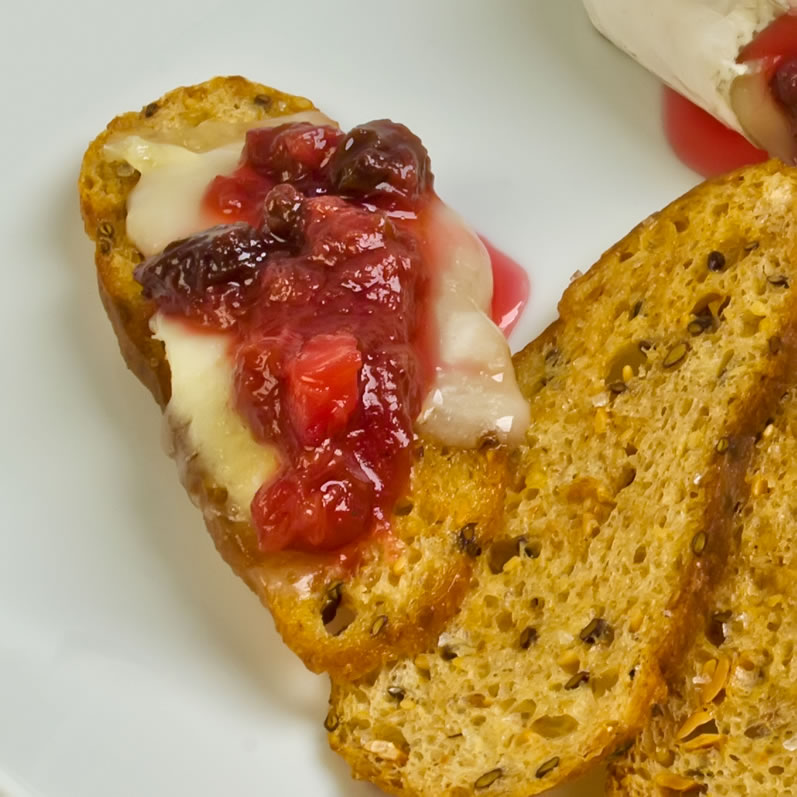 You will treasure these crisps as an adjunct to creamy cheeses (double and triple crèmes, brie, camembert, fresh chevre). Add an assortment of olives, pickled veggies, and a fruit chutney, and a lovely snack becomes a light dinner.

Technique Note   The bread must be stale and firm in order to be able to slice it as thinly as needed here.