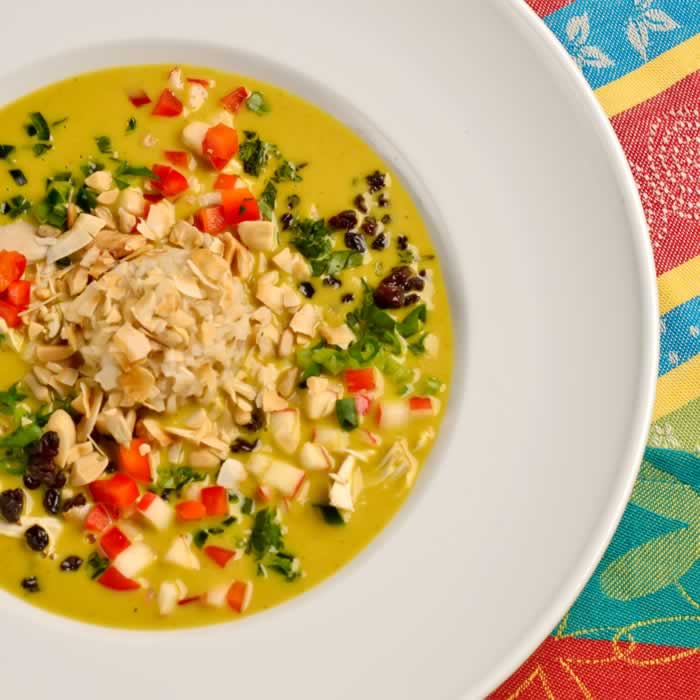 Do you remember that Seinfeld episode where Elaine and Kramer were kibitzing about Mulligatawny Soup?

Elaine: “Do you need anything?”
Kramer: “Oh, a hot bowl of Mulligatawny would hit the spot.”
Elaine: “Mulligatawny?”
Kramer: “Yeah, it’s an Indian soup. Simmered to perfection by one of the great soup artisans in the modern era.”
Elaine: “Oh. Who, the Soup Nazi?”
Kramer: “He’s not a Nazi. He just happens to be eccentric. You know, most geniuses are.” 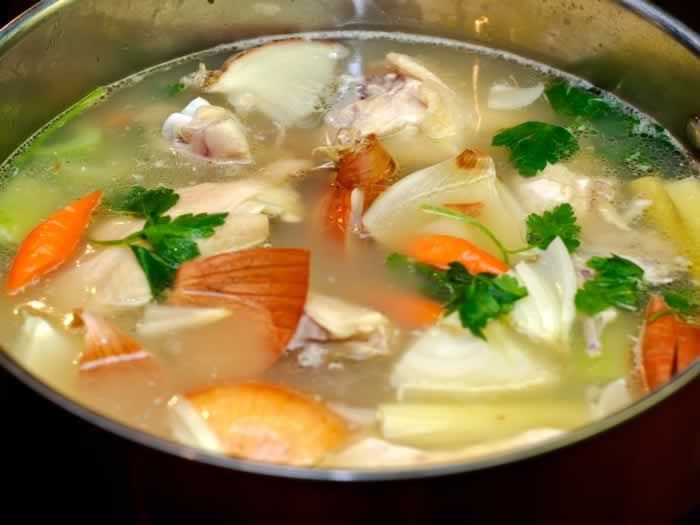 I bet that episode sent thousands of people to the web in search of the recipe. The name alone is an inducement. As it happens, the name Mulligatawny derives from what was originally Mullaga (pepper) Thanni (water). In the eighteenth century, during the British Raj in India, Brits inspired its creation by insisting on a soup course, which before that time was not part of Indian cuisine. Then, they brought the concept back to Britain and forgot how to spell it. Okay, I made that last bit up, just to see if you’re paying attention. The spelling “evolved.”

There are so many different recipes for this most English of Indian soups that it was difficult to get a clear sense of the essential elements. Nevertheless, my arduous two hours of research (while simultaneously surfing the web, drinking tea, and watching the food channel) revealed that Mulligatawny Soup frequently consists of chicken stock, sundry veggies, rice or lentils, curry spices, chile pepper, garlic, fresh ginger, and something creamy (coconut milk or cream). 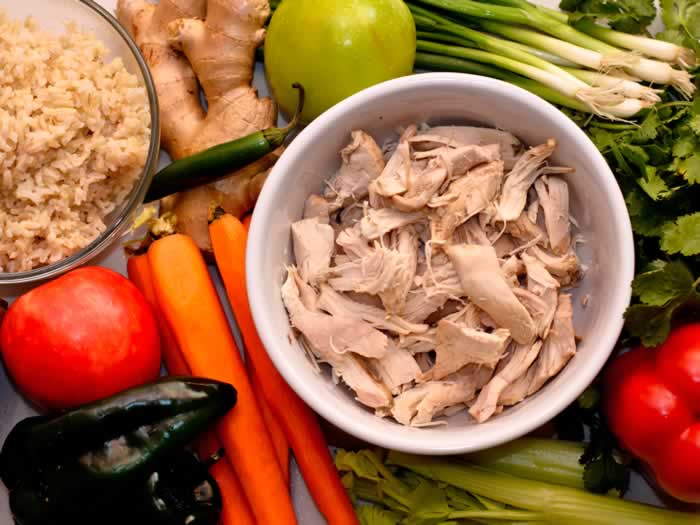 Sometimes it is presented as a silky smooth cream soup and other times chunks of veggies and chicken are bobbing in a creamy base. Mulligatawny Soup can be rather thin or lightly thickened with pureed veggies or flour slurry. Occasionally, tomatoes are part of the mix and lamb may take the place of chicken. (It can also be meat free.) The soup is often enhanced with lentils or rice. It is usually golden yellow, brick orange, or russet red.

But no matter how many recipes for Mulligatawny Soup I encounter on the web and in cookbooks, the version that has a permanent place in my heart is one that was presented at a long ago wedding reception of a good friend and culinary associate. 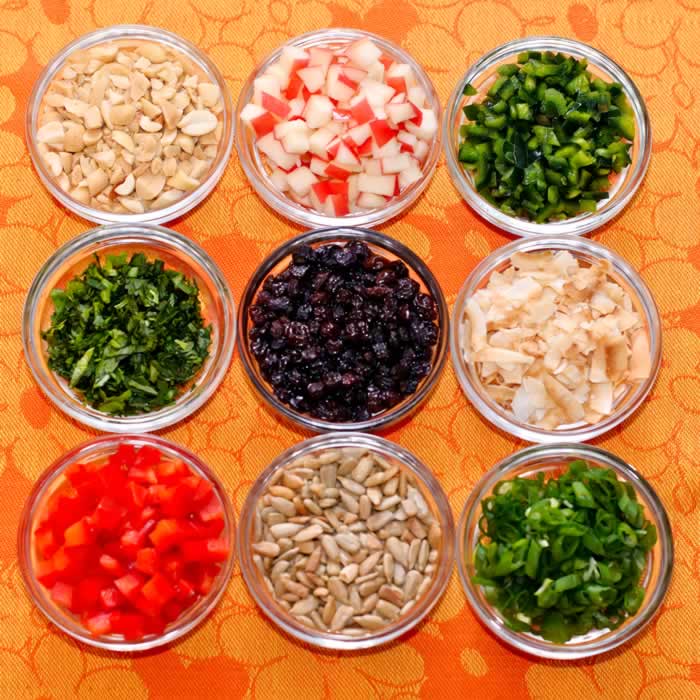 On a long vegetable-and-herb bedecked table, she presented a silky smooth, lightly thickened, curried soup redolent with fresh ginger, garlic, and garam masala. The aroma was intoxicating. And the entire table was covered with mountains of embellishments: shredded chicken, basmati rice, chopped cilantro, sliced green onions, raisins, toasted coconut, roasted chopped peanuts, roasted sunflower seeds, diced chiles, diced red and green bell peppers, and at least a dozen other goodies. It was simple, yet stunning, and more satisfying and memorable than any grand feast I have experienced since.

Part of the appeal of this soup is surely the do-it-yourself aspect. So, if you plan to wow and entertain your guests, be sure to make a big to-do about the embellishments—the more the better. 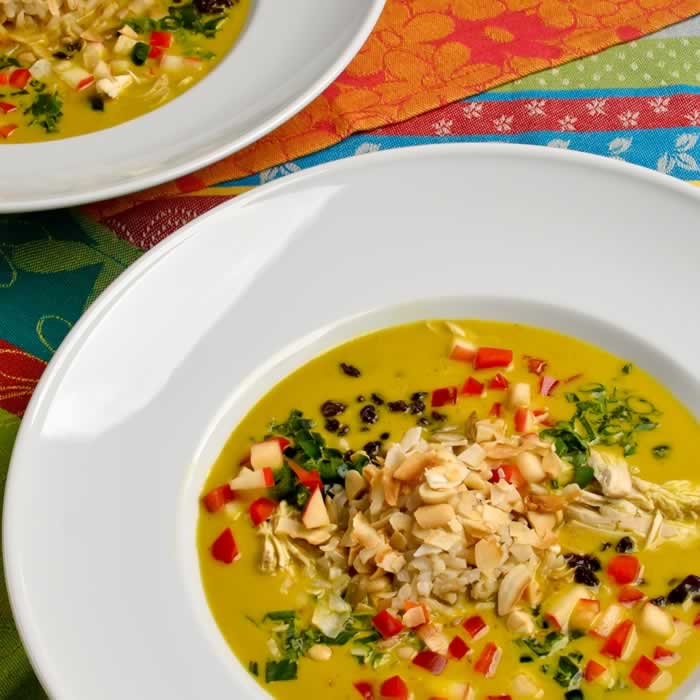 This golden yellow meal-in-a-bowl is as festive as soup gets. A dozen crunchy, spicy, chewy, crispy, salty embellishments compete for attention in this exotically spiced, chile-hot, lightly thickened, silky smooth soup. For simpler meals, you can include only a few embellishments or forgo them altogether. The rice seems essential to me, however.

8 cups chicken stock from above, plus more if needed

This meatless version is as good as the original, some say even better.