If there is one soup that is an absolute must for me in summer and early fall (in addition to Gazpacho of course), it is the cold, silky, incredibly reviving amalgam called Vichyssoise (vih-she-swaz). 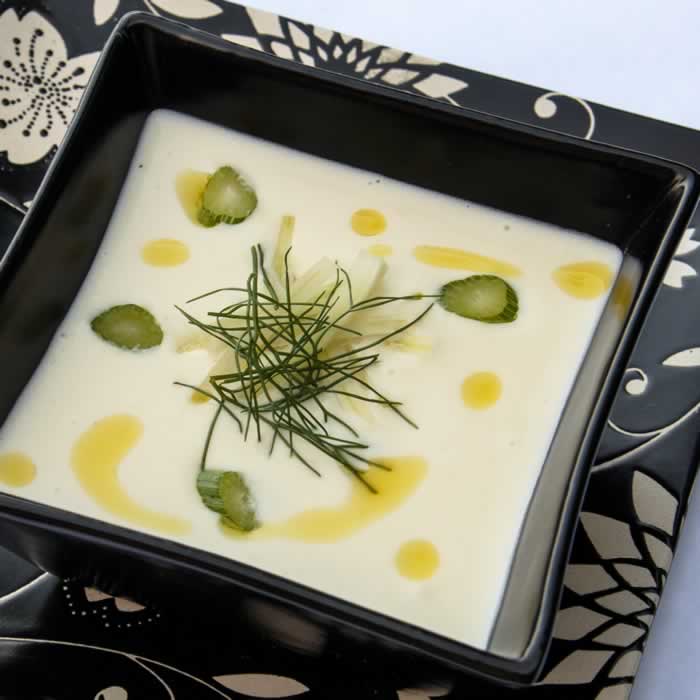 I have been known to make a gallon at a time and polish it off easily in a week. (Luckily, one can actually survive healthily on a diet of only potatoes supplemented with dairy.) 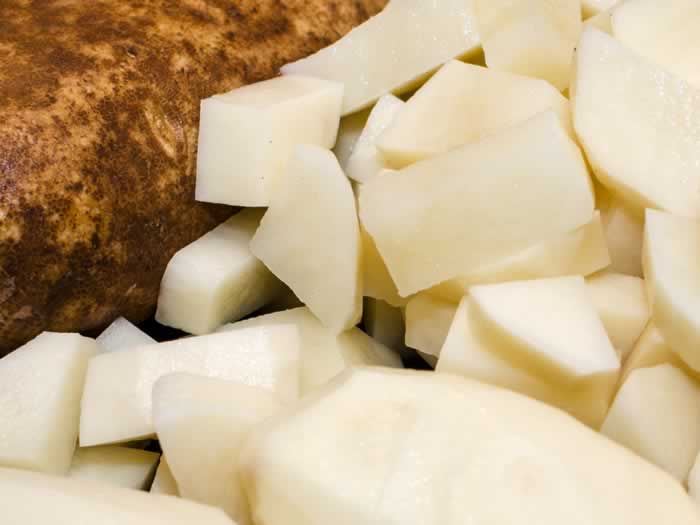 The origin of the soup is contested, but seriously, how much creative invention was required to take a sip of leftover hot potato soup that had been refrigerated and decide, wow, this is incredibly delicious? As far as thinning the congealed soup with milk or cream to get the desired consistency, that’s a no brainer too. This soup must have been invented shortly after the domestication of the potato. 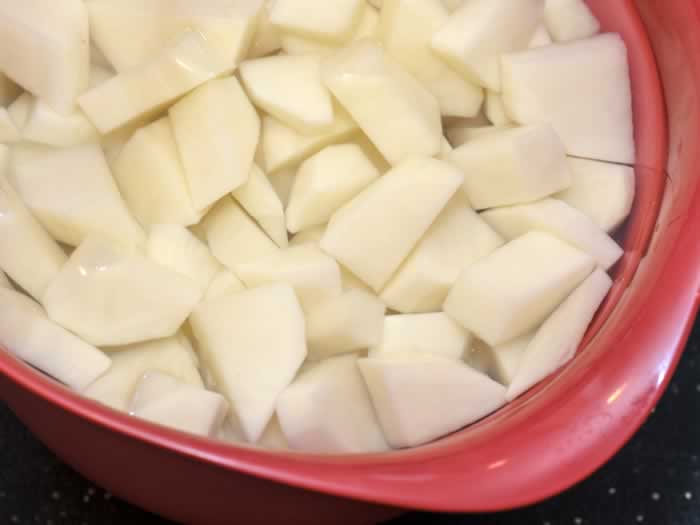 Nevertheless, what surely began as poor man’s leftover cold soup was elevated to the culinary stratospheres in 1917 when Chef Lois Diat of the Ritz Carlton in New York City reimaged the cold, leftover potato and leek soup of his French childhood and served it to the swank patrons of the Ritz. On that fortuitous occasion, one of the great soups of the world was officially, if not born, well then, baptized. 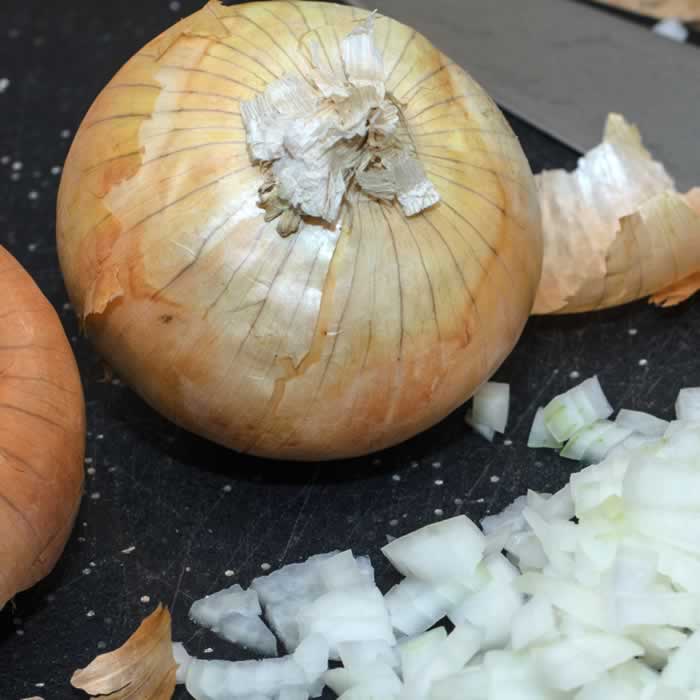 Essentially, Vichyssoise is one of the simplest, most basic soups in a cook’s repertoire. It’s just potatoes, onions or leeks, stock or water, and a bit of milk or cream to finish. Anyone can make it and the ingredients are almost always on hand. 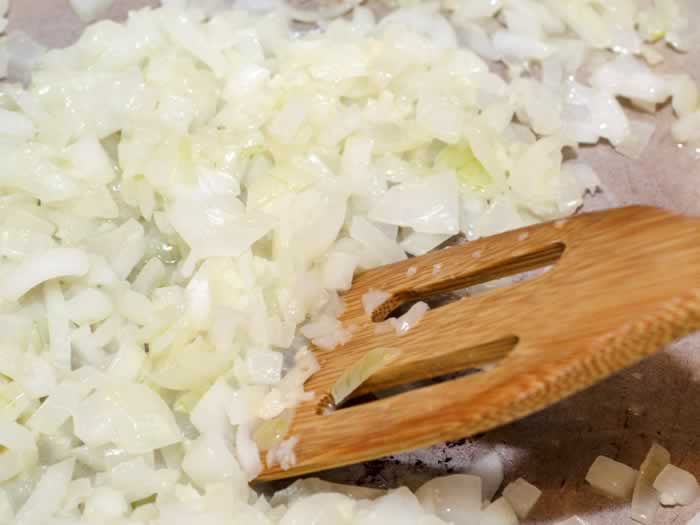 But don’t let the simplicity fool you. Because the soup is so basic and because potatoes and onions have such wide affinities for other flavor partners, Vichyssoise is one of the most versatile soups ever. There are five variations below, but you can dream up dozens more. Just keep the following Tips & Tricks in mind. 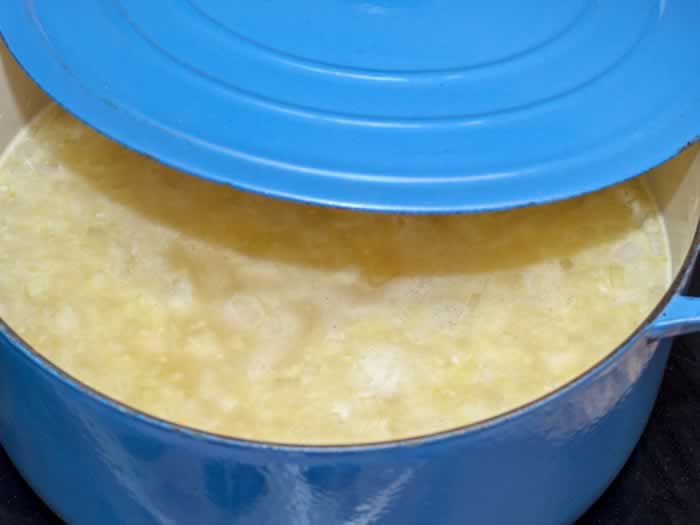 Tips & Tricks for the Best Vichyssoise Ever 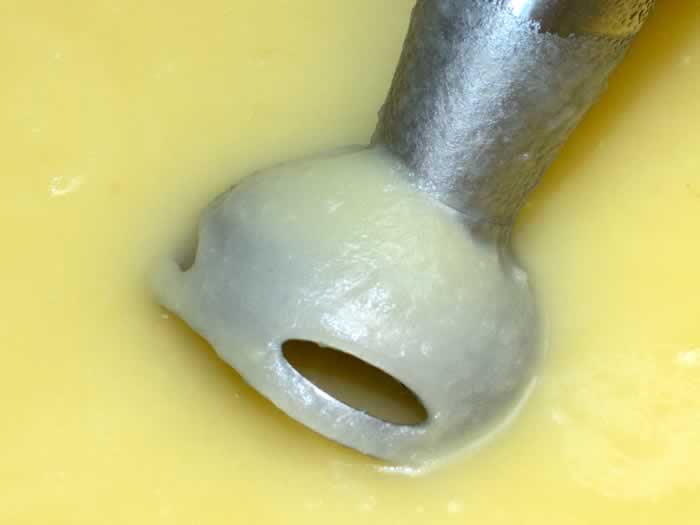 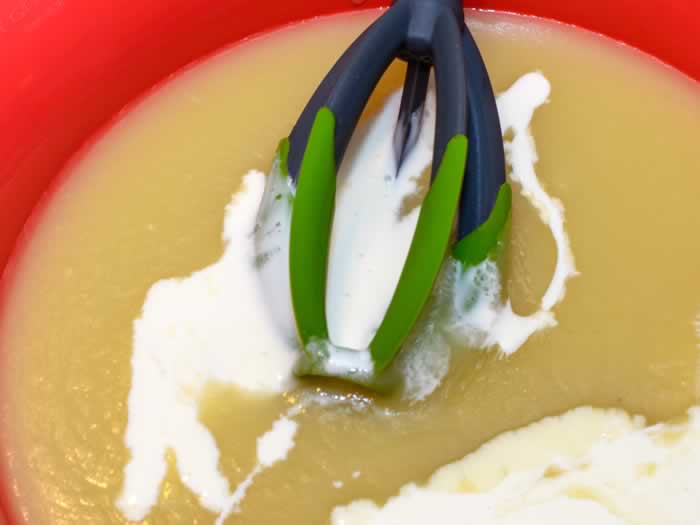 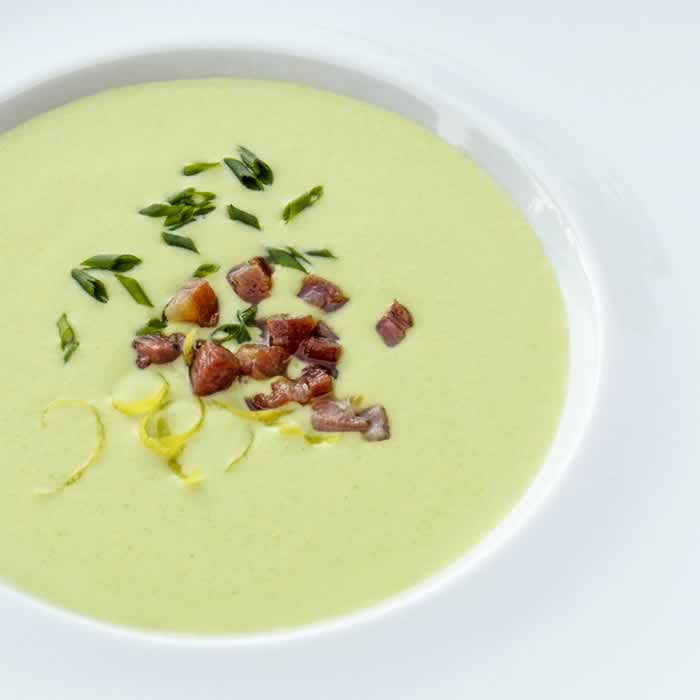 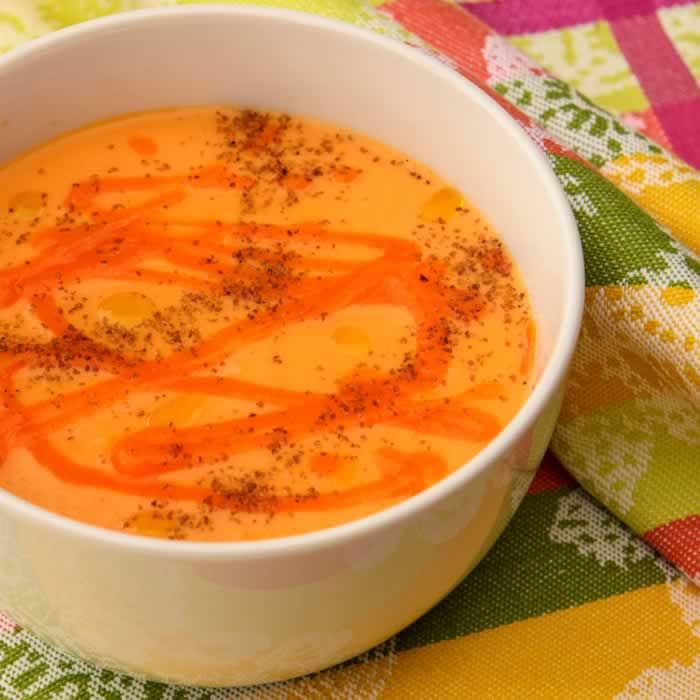 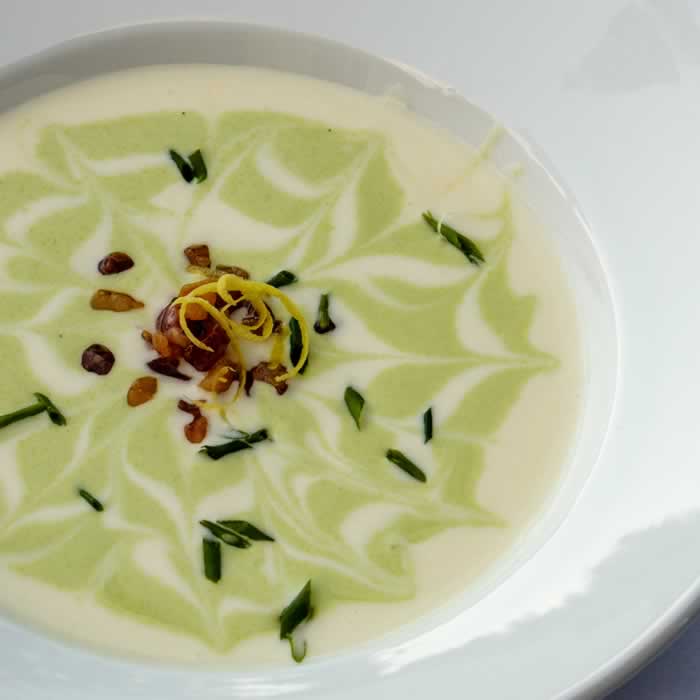 Vichyssoise is one of the simplest and most versatile cold soups ever–basically a silky smooth puree of potatoes, onions or leeks, stock, and cream, well chilled. After you master the basic recipe, be sure to try the variations below.

6 large garlic cloves, peeled and pressed or minced
3 pounds peeled, cubed russet potatoes (about 8 cups cubed or 4 large potatoes)
8 cups chicken or vegetable stock (or water for you purists out there), plus more as needed

NOTE   This soup improves over time, as long as it is stored airtight in the fridge. It will keep for about a week.