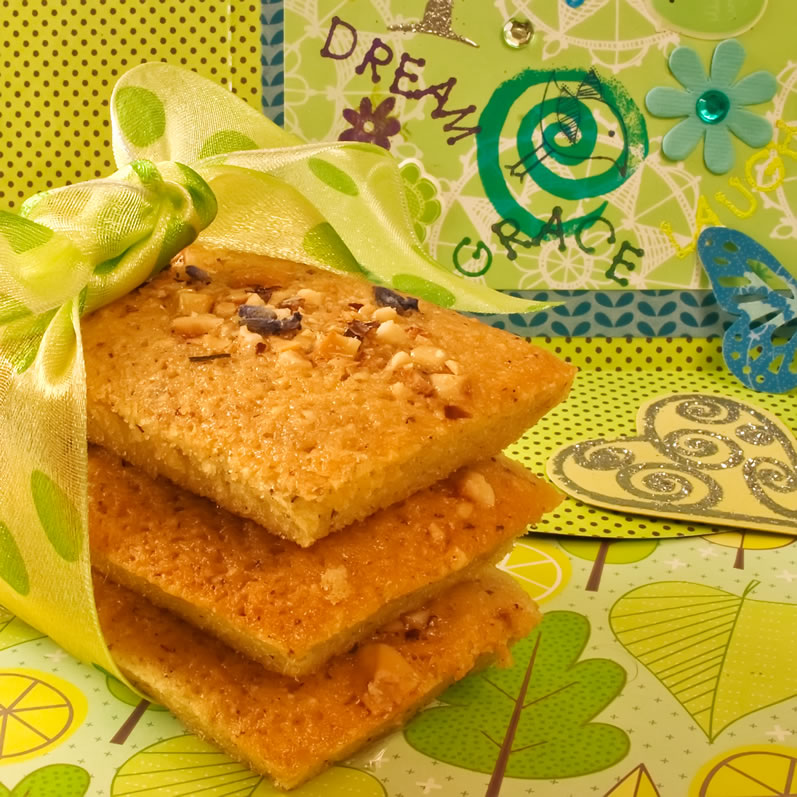 Miss Lillian (as she has already been dubbed) will arrive in a couple of months, so it’s time to brush up on my tea party repertoire. The invitations to our daughter Rachel’s baby shower were still under construction when the thought of these wonderful cakes came to mind. The next thing I knew, the invitations were forgotten, and I was in the kitchen spooning batter into tiny molds. Lily will LOVE these–as soon as she’s big enough to hold a teacup. 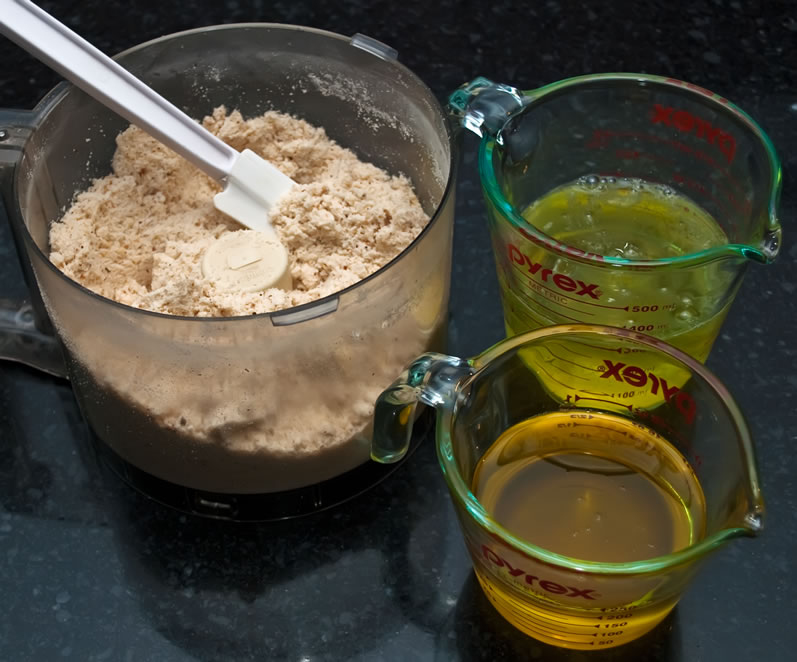 I first tasted the classic version of these small almond cakes many moons ago at Le Panier Very French Bakery in Seattle’s Pike Place Market. I liked them so much that I would make the trek to the market (about a 30-mile drive from our house in the Cascade foothills) mainly to buy a few friands and enjoy them with an espresso. Of course, strolling the market is its own reward, but the thought of those excellent little morsels still provides extra incentive to get me to Seattle.

When I began looking for recipes for this little French delicacy, I could find no reference to it in any of my French cookbooks. The web was in its infancy at that time and culinary sites and chats had not yet surfaced. Finally, I did locate a single recipe for friands in Gaston Lenotre’s Lenotre’s Desserts and Pastries. 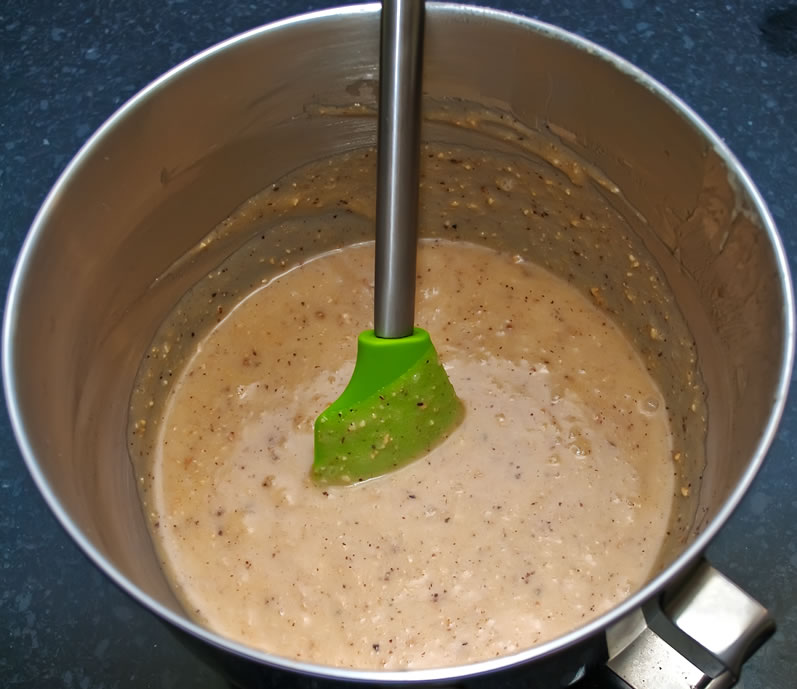 I was surprised by the ingredients and mixing method. Basically, friands (French for small mouthfuls) are comprised of melted butter (often browned), ground almonds, a small amount of flour, and egg whites, all whisked together quickly to a consistency of a cake batter. The batter is poured into small, shallow, metal molds and then baked at high heat to develop a crunchy crust. The interior remains moist and a bit chewy. 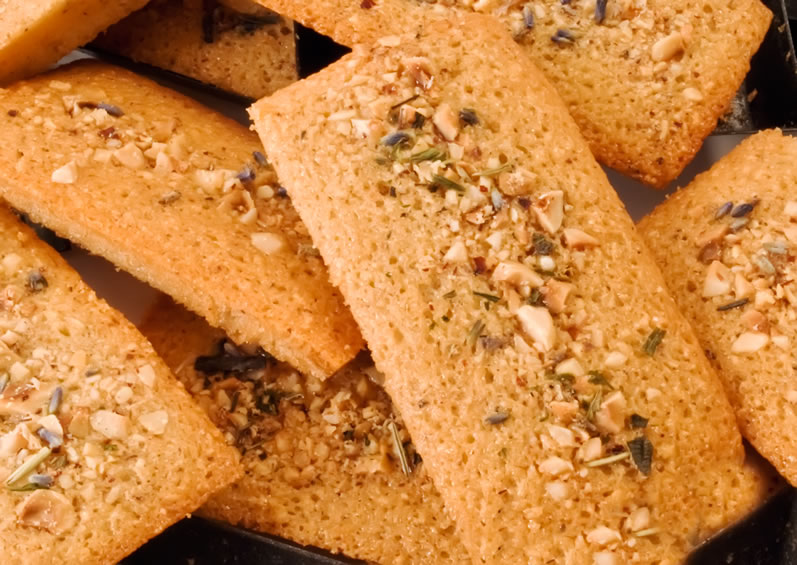 Now that I use the web extensively for recipe research, I know that next to Madeleine’s, friands (free ya(n)) are probably the most popular morning or afternoon snack cake in France. It’s a mystery why there are so few recipes available for them in cookbooks. Thank goodness for the web! They are also called financiers (fee-nahng-syehr or fee-nahn-see-AY), so if you are searching for recipe ideas for friands, look under friand, financier, and almond cake.

Before you make your first batch of friands, you need to know that they are not likely to amaze and delight you at first bite. You will probably think that they are quite simple (true), not very sweet (true), and rather plain (also true). You must eat at least three of them to become addicted. You have been warned. 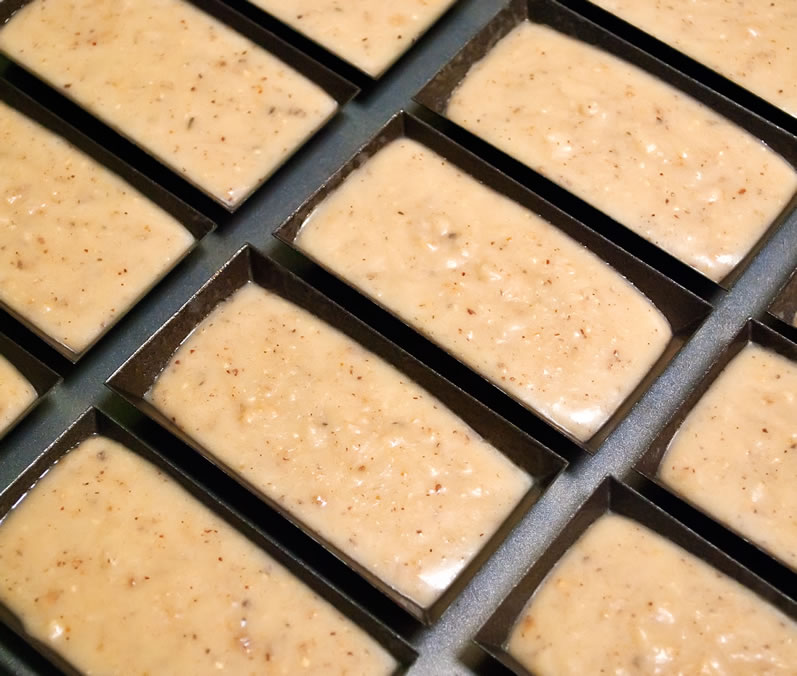 Whether you know these rich, springy, crunchy, moist little tea cakes as friands, financiers, or almond cakes, they are the perfect, understated accompaniment to afternoon tea or espresso.

Note   Before you begin the recipe, locate or purchase a dozen rectangular friand molds. These measure about 4″ by 2″ with a depth of ½“. They hold 3-4 tablespoons of batter. If you can’t find the rectangular tins, look for other shapes that are shallow and in the same size range. Don’t be tempted to use deeper tins, because you won’t get the proper ratio of crunchy crust to chewy interior.

And a Dozen More!