This buttery garam masala brittle is unlike any I’ve ever experienced. It’s great on its own but also as a garnish for any creamy dessert, such as a mousse, panna cotta, ice cream, pudding, crème caramel, or pot de crème. 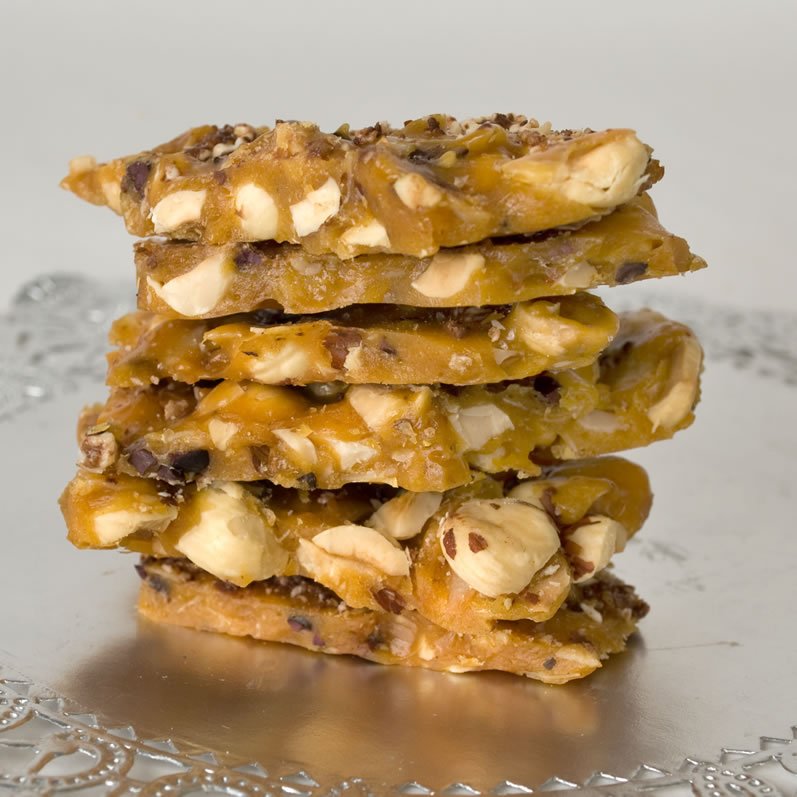 Well, the year is almost at an end, and I still have numerous resolutions to check off my list. Let’s be honest; some of them will just have to wait until next year.

I didn’t get that cool Electra Townie bike I promised myself, and thus I didn’t ride it once.

I walked a fair amount, but not 5 miles a day, 5 days a week, every week of the entire year.

I didn’t give up my 2 cups of morning coffee. In fact, I often drink 3 cups. I mean, seriously, why did I put THAT on the list?

I didn’t get back into a weight training routine or go to the gym regularly to work out on the machines. Bor–ing!

But as I perused further, I saw one resolution that I could easily accomplish TODAY. It said: “Make peanut brittle. No peanuts. Must be exceptional.” Aha! (Did I mention that I have never made peanut brittle or any kind of brittle before?) 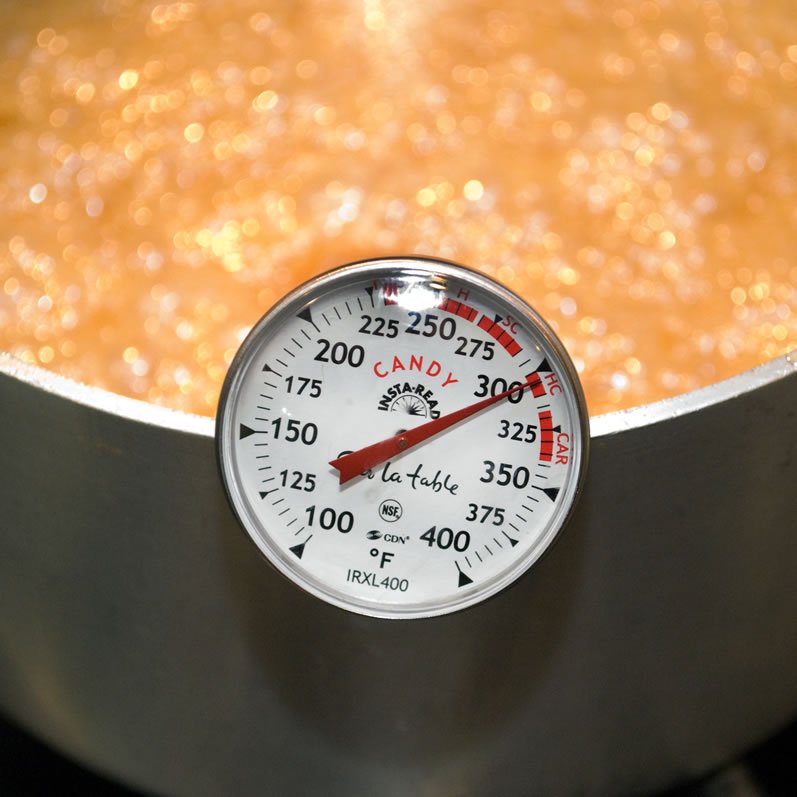 So I began researching all of my dessert cookbooks this morning. Then I hit the web and looked around there. That took hours and more than 2 cups of coffee. Everyone makes it slightly differently and naming conventions are all over the place. 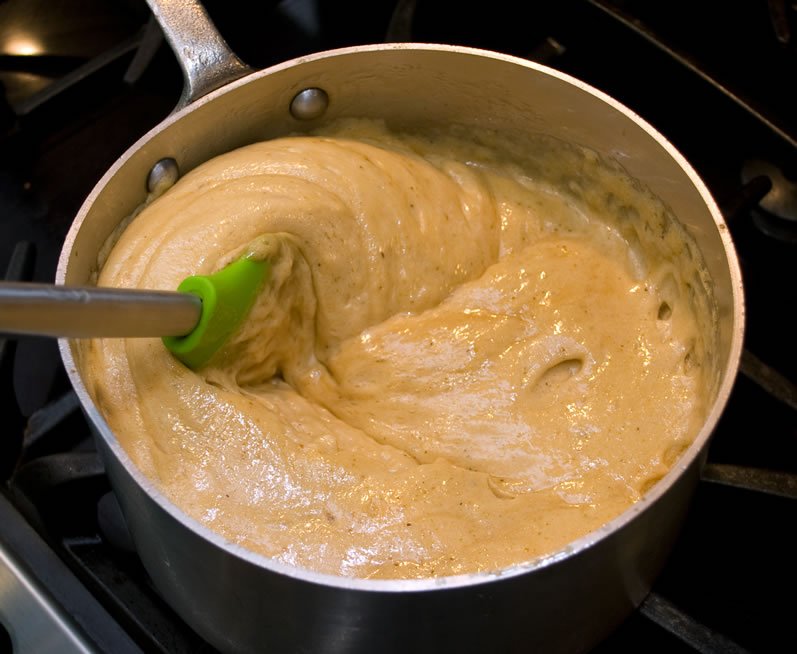 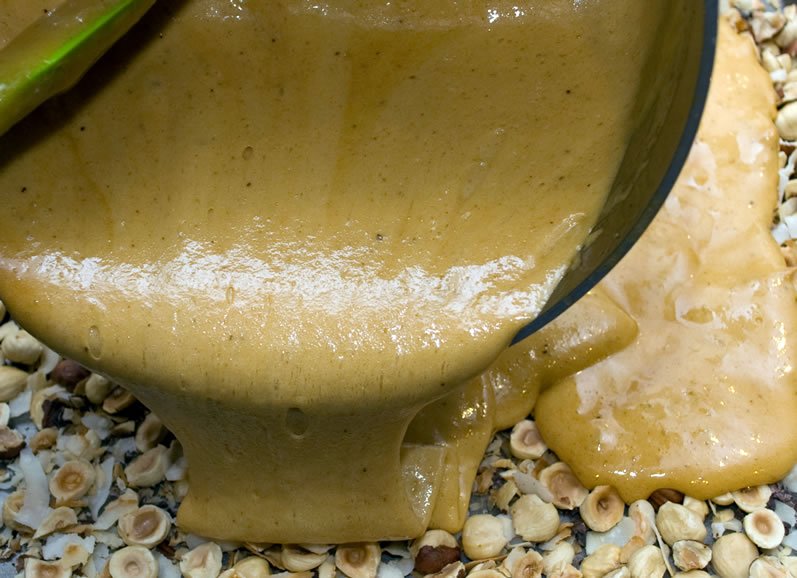 Thus, the first thing I had to do was to determine what brittle is and is not. After much fusing, fuming, and cross checking of resources, here’s what makes sense to me. 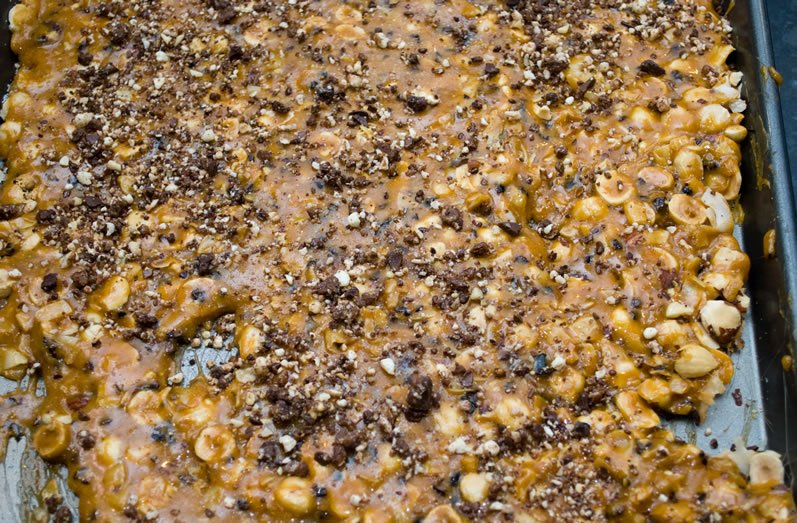 NOTE   The photos show cocoa nibs in the brittle and a mixture of finely chopped bittersweet and white chocolate on top of the finished brittle. Both turned out to be extraneous and actually get in the way of the other flavors. Thus, I’m not including either in the final recipe.