If there’s a more perfect vanilla pudding in the universe, I haven’t encountered it. Light, delicate, decadent, luscious, and perfectly creamy, with a voluminous mouth feel, this is the best vanilla pudding I have ever eaten. 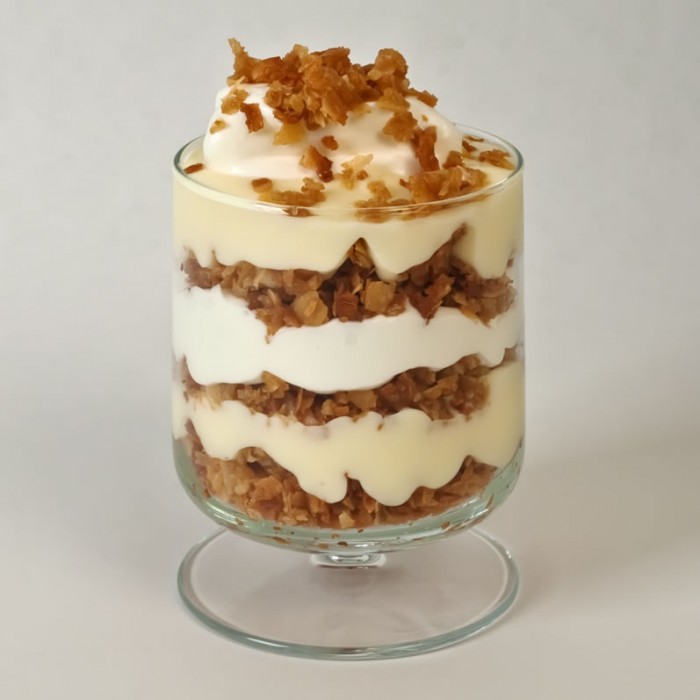 I intended to do a quick pudding post but, well, one thing led to another, and now I’ve done a mountain of research instead. The exploration began with a simple hankering for Caramel Pudding. I grabbed a standard formula from somewhere, went straight to the kitchen, and whipped it up in less than 10 minutes. 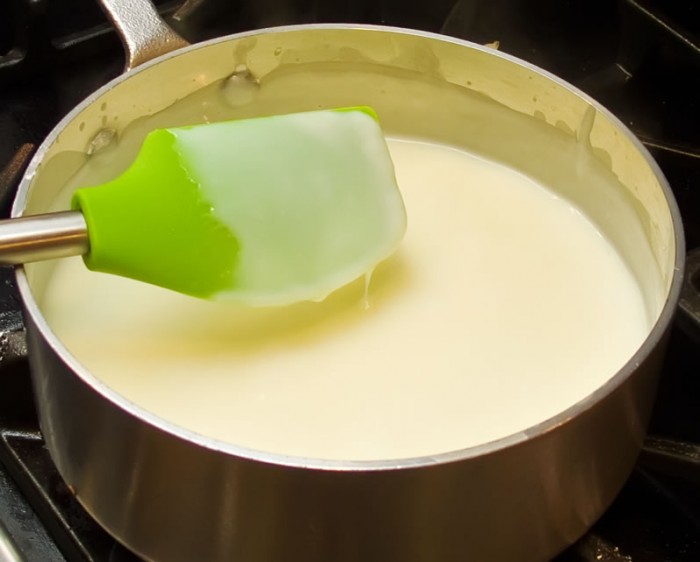 So that fiasco got me pondering processes and proportions. And even though I did later perfect the Ultimate Salted Caramel Pudding (with Butterscotch Pudding Variation), I’m now more focused on understanding the underlying science, so that I can easily and successfully create any pudding flavor I want in the future.

I’m not considering chocolate here, however, as I did a ton of research and testing on that theme earlier. If you are interested in the best Chocolate Pudding in the known universe, see LunaCafe’s Ultimate Chocolate Pudding.

As I referred back to my work there, I was reminded to perfect an easy to remember formula that can be expanded as necessary. Sometimes you want pudding for one and sometimes for six. 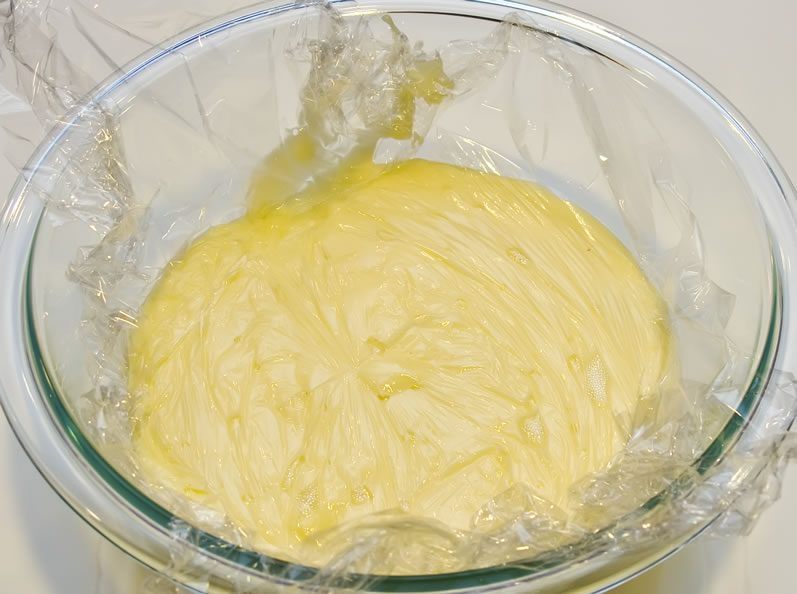 I was also reminded to adopt the easiest process possible to produce the desired result. It is rather astonishing to see how many ways fine cooks can think of to step through such a simple technique.

Basically, all we are trying to do here is melt sugar in milk and then thicken it with cornstarch and egg yolk. The cornstarch should be introduced before the egg yolk, although simultaneously will also work.

Without the cornstarch, we can’t bring the custard anywhere near a boil. In fact, if you want to use egg yolks alone to thicken your custard, the custard must not exceed 165°. Otherwise, the egg yolks will curdle.

Cornstarch, on the other hand, begins to thicken at 203° and needs to go to 208° for full activation. Even a slow simmer is fine for the egg yolks though, as long as sufficient cornstarch is present. 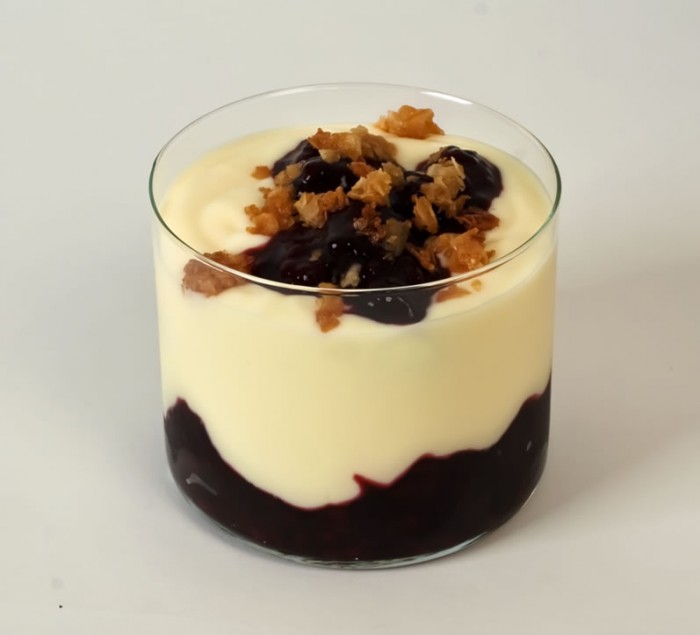 Pudding is not a dessert fit for a queen–although if I were a queen (Swamp Boogie Queen!), I would insist on having it nearly every day. It’s supposed to be homey, comforting, quick, and EASY. It should be one of the first dishes a young cook learns to make at the stove (perhaps with a cool induction burner). 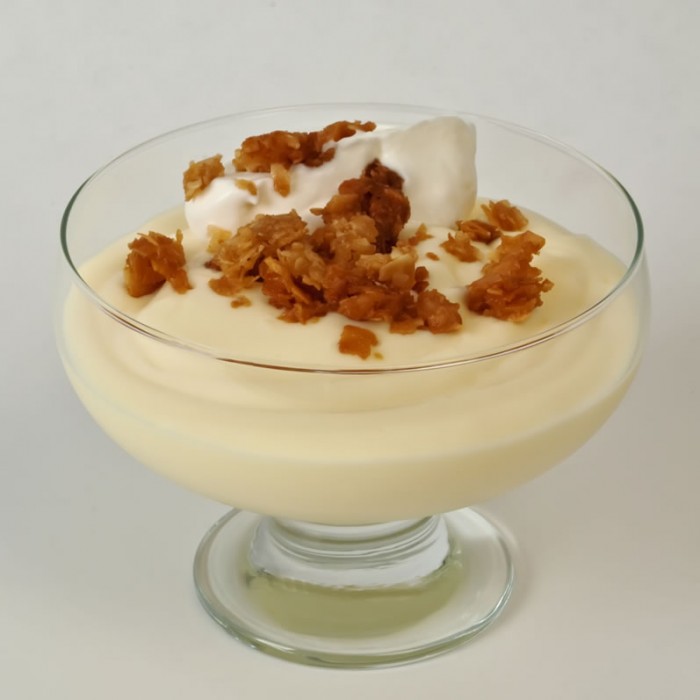 As long as we are considering pudding, we may as well fit it into the hierarchy of stove-top custards. For instance, what’s the difference between Custard Sauce (Crème Anglaise), Custard Pudding, Custard Pie Filling, and Custard Filling (Crème Pâtissière)?

First of all, each of these custard derivations is prepared on the stove-top, rather than in the oven. The stove-top method gives these custards a particularly silky texture and luscious, voluminous mouth feel.

The most significant difference between these custards is their degree of thickness. They can each be made more or less rich by increasing or decreasing the proportion of egg yolks and other fat (cream for a portion of the milk and optional inclusion of butter). So from thinnest to thickest, here they are:

Custard Sauce (Crème Anglaise)   Custard Sauce is a simple mixture of egg yolks, sugar, and milk, brought to just 165° on the stove-top. You may find recipes that specify a tiny amount of cornstarch in addition, but this is only a safeguard to help prevent the egg yolks from curdling. The tiny amount used does not alter the somewhat thickened but still flowing consistency of the sauce.

With additional egg yolks and heavy cream for a portion of the milk, this sauce is the time-honored base for the smoothest, silkiest ice creams.

Custard Pudding   Custard Pudding is similar to Custard Pie Filling in ingredients and process, but it is not quite as thick. Typically, the proportion is 1 tablespoon of cornstarch per cup of milk.

Custard Cream (Crème Pâtissière)   In contrast to Custard Pie Filling, Custard Cream contains a significant amount of flour (rather than a lesser amount of cornstarch) and perhaps additional egg yolks as well. Because of the added starch, it can be brought to a boil without fear of curdling the egg yolks. Typically, the proportion is 5-6 tablespoons of flour per cup of milk.

Custard Cream is very thick and best utilized as a thin base for a fresh fruit tart; or, lightened with whipped egg whites or heavy cream, it can be used as a filling for cream puffs or in a layered dessert. To my palate, it is an abomination to use this filling in a dessert that should be light and voluminous, such as Coconut Cream Pie. But such things are done, even in otherwise fine restaurants.

And now that we’ve learned so much about stove-top custards, let’s have some pudding, shall we?