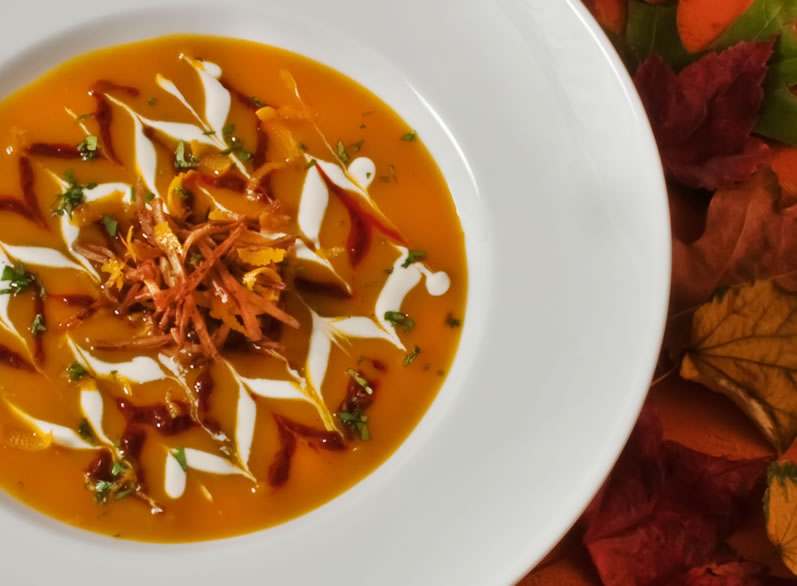 Did you have a chance to read the recent post: Eat. Boston. Winter Squash Soup.? I was so inspired by the winter squash soup creations we encountered in Boston in October that I couldn’t wait to get back to the OtherWorldly Kitchen to create my own offering to the seasonal gods. 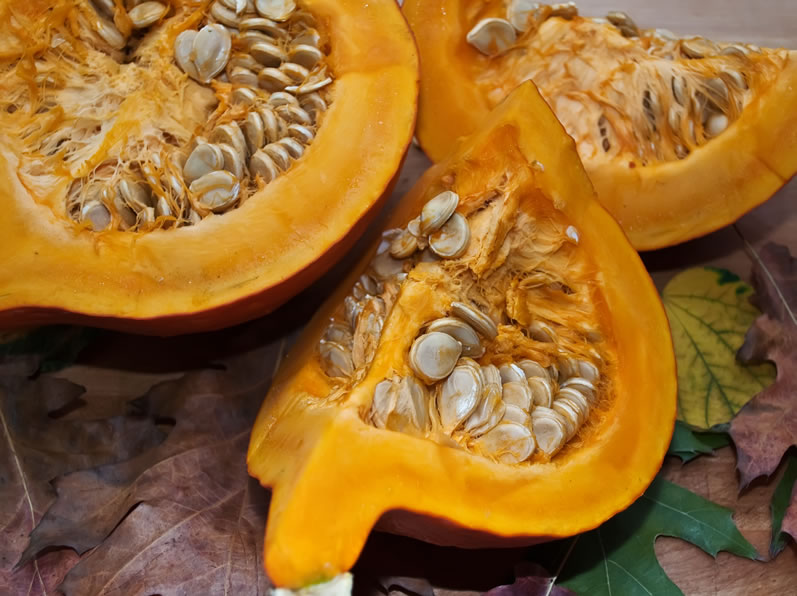 I chose to work with Red Kuri squash, because, of all the winter squash, it is the one with which I am least familiar. It’s beautiful au natural and holds its gorgeous orange color when cooked. 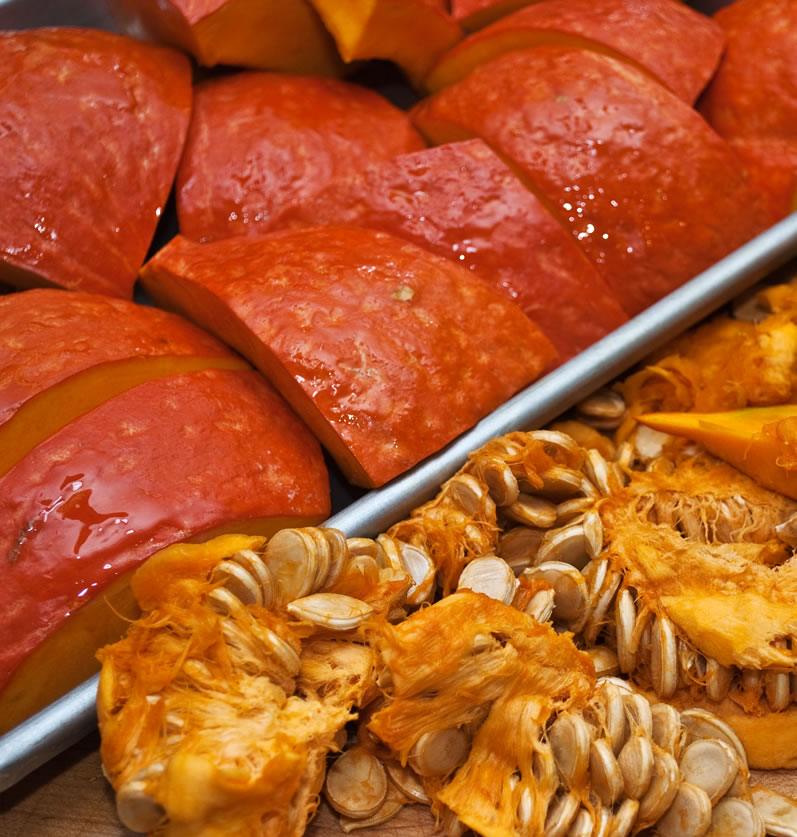 Roasting the squash, rather than boiling or steaming it, helps to concentrate the flavor. To roast, cut the squash in large or small chunks, as you wish. 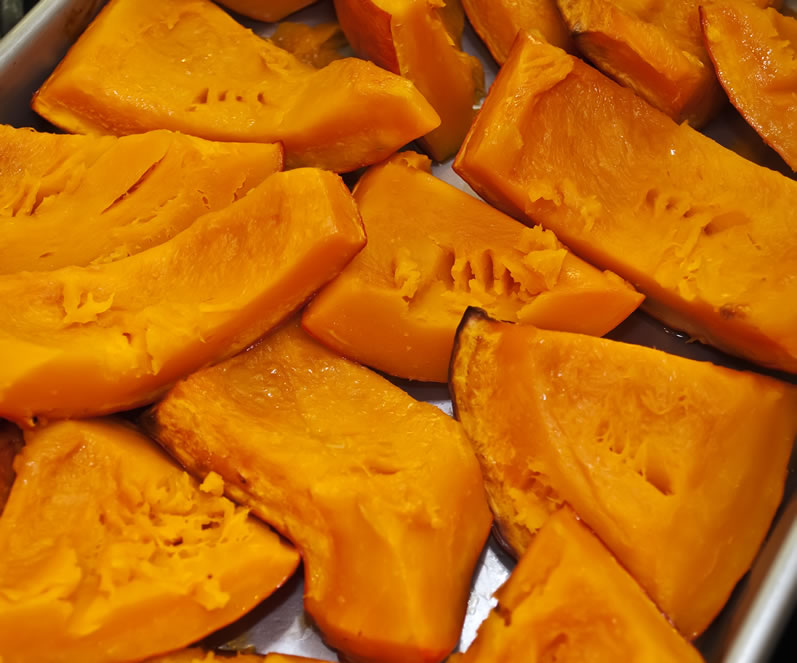 You should end up with a luscious, think squash puree. 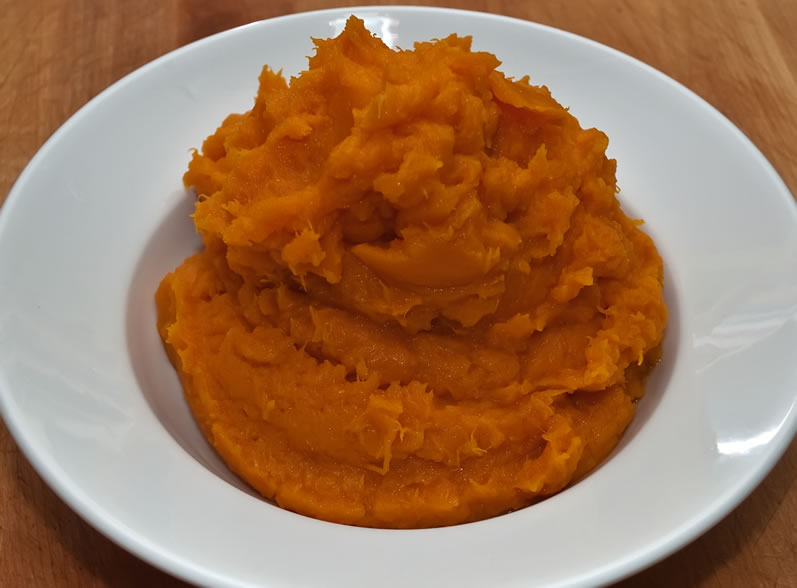 Which will result in an equally luscious, velvet-textured soup. 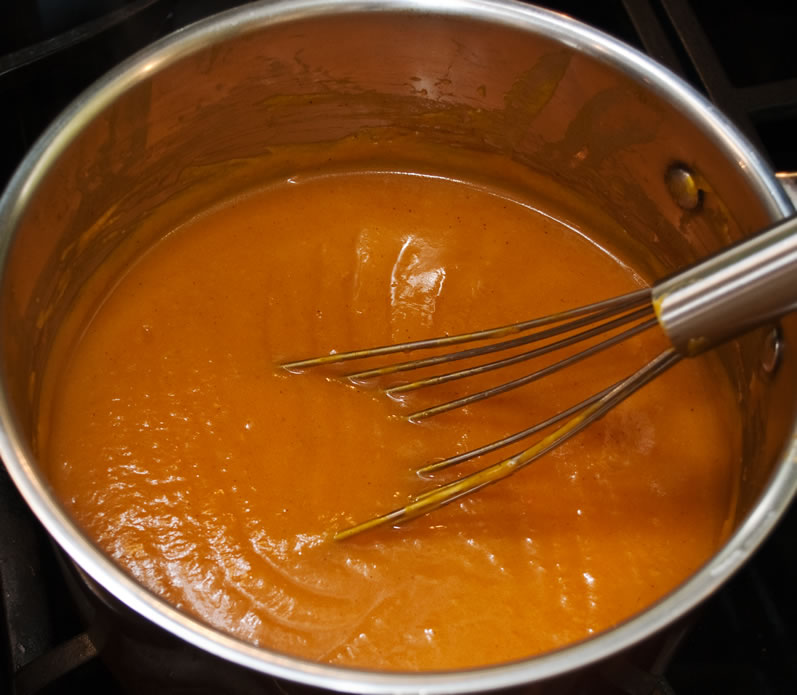 This lush, silky soup is redolent with warm winter spices, honey, orange, and lemon. The honey and lemon lend a sweet-tart element, while the contrasting Cinnamon Harissa, a blend of hot peppers, oil and various spices, adds drama. It’s a flavor base for curries and stews, as well as a condiment, in Libya, Tunisia, Algeria and Morocco, according to Middle Eastern food expert, Paula Wolfert. A sour cream garnish keeps the palate on high alert to the last spoonful.