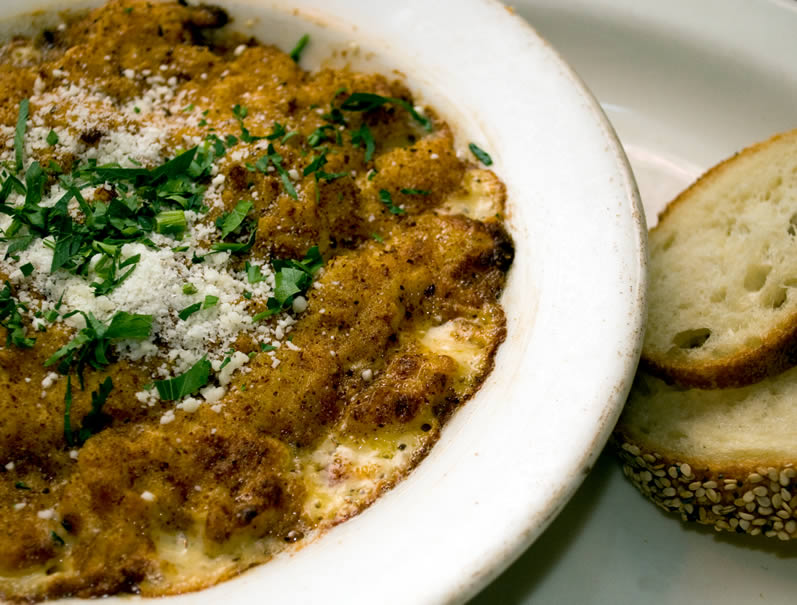 This just in folks. In our continuing search for the very best  Macaroni and Cheese that Northwest (and beyond) restaurants and cafes have to offer, we have another winner!

Rather than make you wait a full year to learn which renditions make it into the roundup, we are sharing the versions we love as we discover them.

Chef, Kelly Maclein, clearly knows her Mac & Cheese! Her creation consists of radiatori pasta and FIVE cheeses (cheddar, Swiss, cotija, parmesan, and cream cheese) all brought together in a sauce so ooey, gooey, creamy, rich, and delicious that you may go into a little revelry as you are eating each bite.

I actually found myself consciously slowly down so that all that amazing deliciousness wouldn’t disappear too quickly. I was also having difficulty curbing the little animal-like sounds of pleasure that seemed to be emanating from my vocal cords, something like this. 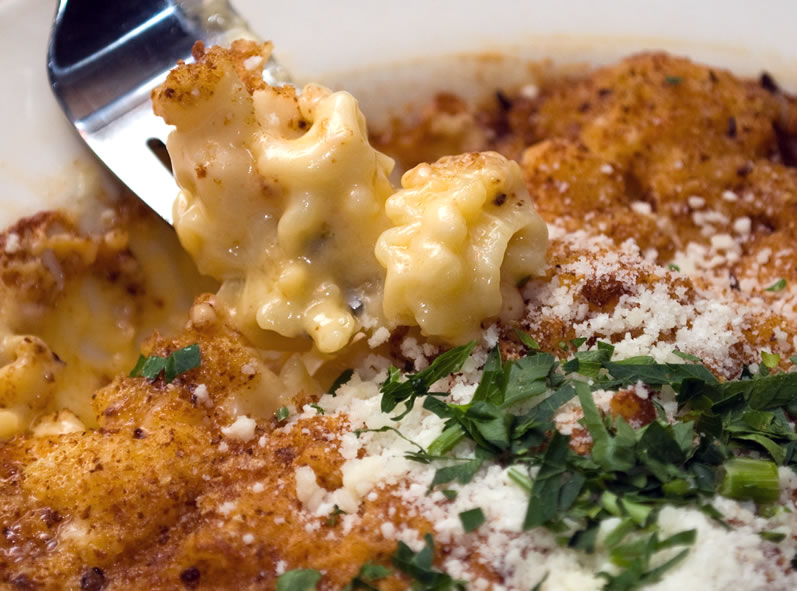 Here are the Mac & Cheese renditions that have rocked our world so far this year and are thus queued up for the LunaCafe 2009 Mac & Cheese Roundup.

Penne with gruyère, cheddar, Parmesan and green chile, with a raw egg on top.

Stove-top (not baked) mac and cheese with shaved truffle and Oregon white cheddar.

For those of you searching for the recipe (LunaCafe receives a ton of Google referrals for this), Green Chili Macaroni is in Robert McGrath’s most excellent cookbook, American Western Cooking: From the Roaring Fork and here.

And here are last year’s winners.

NOTE: LunaCafe receives continuing Google referrals for this recipe. You can find the recipe for this excellent Mac & Cheese in The Tillamook Cheese Cookbook: Celebrating 100 Years of Excellence.

NOTE: LunaCafe receives continuing Google referrals for this recipe. You can find the recipe for this excellent Mac & Cheese in Pure Flavor: 125 Fresh All-American Recipes from the Pacific Northwest.

Macaroni with four cheeses, tomatoes, and breadcrumb and cheese topping.

Could this be the sole mac & cheese only restaurant in the U.S.? Ten varieties, all made with excellent cheeses, served in a cast iron skillet. Worth a plane trip to New York? Tempted.

To check the continuously updated list of Mac & Cheese renditions that we hope to sample for this year’s roundup and those that have already sailed into the best-of-the-best circle, click  Quintessential Mac & Cheese (under the Dining tab).

If you have a favorite restaurant Mac & Cheese that you would like to recommend for review, please Contact Us. Thanks!