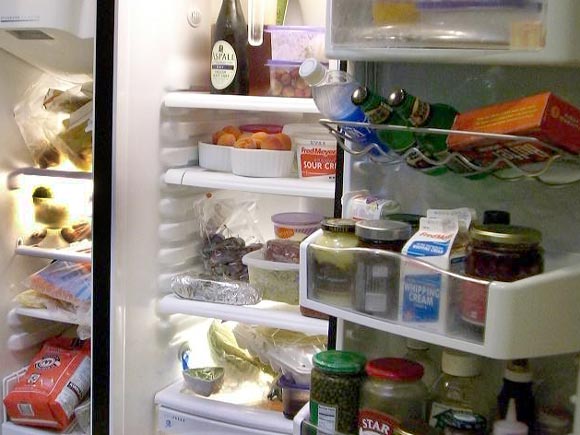 NOTE   I wrote this post in July (before the blog launched), as you will see below.

MauiJim is at a geek-nerd class (C# programming), and I have the evening all to myself. Sweet! I’m nestled in my favorite chair, the floor piled high all around with cookbooks and culinary magazines. The first one I pick up is edible Seattle, the Summer 2008 issue. I love the edible series and subscribe to Seattle, Portland, San Francisco, and Boston. The series doesn’t have the glam of the food mags and is instead about regular folks working on various local, sustainable food fronts. Good stuff. Keeps things real.

Flipping through the pages, I’m intrigued by an article on Ethan Stowell, chef of Seattle’s Union, Tavolata, and How to Cook a Wolf restaurants. He’s not just any super-star chef to me. He’s the chef who makes those soups. And I am talking specifically about two soups I tasted at Union a couple of birthday celebrations ago. I passed on the soups and chose an appetizer, when surprise, the server took it upon his good-sweet-self to bring me not one, but two, demitasse cups to sample, one filled with a cold pea soup and the other with a cold tomato soup. Both soups took my breath away. I mean seriously! Intense, impossibly silky, and mind-heart-palate-filling amazing. The chef who made these soups is–and I say this without an iota of reservation–an artist and a genius.

Ethan, now that I’ve poured it on so thick that you need some pancakes to go with, how about you share those soup recipes with LunaCafe? J

So naturally, when the article took a surprising turn and ventured into the contents of Stowell’s refrigerator, I was hooked all the way to the end–where I found out about the fudgesicles and the shrimp-flavored fish balls. You can tell a lot about a person by surveying the contents of his frig. Maybe even the secret behind those soups–or at least the mind that created them. Call it culinary voyeurism if you must, but who doesn’t relish a good peak behind the “stainless steel door?”

Take mine, for example. Ok, it’s a mess. There isn’t enough room for everything, thus it’s all stacked, crammed, and shoved onto the shelves in a precarious balancing act. (What possible lapse in mental acuity caused me to buy a side-by-side?) However, and this may give you a clue to my dual-personality, if you look a bit deeper, there does appear to be at least an attempt at order. The cheese drawer, for instance, contains mostly cheese, the vegetable drawer mostly vegetables, and the fruit drawer all fruit. But yes, cheese, vegetables, and fruit also spill beyond their designated drawers. For what it’s worth, I wasn’t surprised by anything I found in the frig, and that in itself was a surprise.

The frig is well stocked in the items that are essential to my culinary adventures, such as a full range of dairy products, citrus and other fruits, a wide variety of nuts, basic veggies, and various condiments. So I guess that means that I like being prepared. At a moment’s notice, I can whip up an omelet, quiche, sweet custard, cake, mousse, soufflé, pie, fruit crisp, quesadilla, soup, salad, sandwich, snack, or any number of other good things to eat. It’s unlikely that I will actually do that, but you know, I could. In my fantasy, if someone (like Ethan) drops over, I hand him an interesting beer. I pull out some orange-marinated olives, chunk up some cheese and serve with salami, tomato-chili jam, and water biscuits. From a food perspective, this is possible.

Tonight the frig contains more cream and half-and-half than is maybe typical, because I am working on ice creams this week. This accounts for the green tea and corn custard sauces as well. When they are very cold, I will turn them into ice cream and then eat sample them. Also, I clearly have some intention for those Mexican cheeses, and maybe I’ll remember what that is someday soon.

However, the only thing that embarrasses me even slightly in the frig–beyond the glaring disorder–are the hot dogs. But hey, MauiJim loves a fully loaded dog now and then, and this woman wants to keep her C# man happy.

OK, so now it’s your turn. Reveal to the world the 10 most interesting and/or embarrassing things in your frig right now; those things that give us a clue to your quirky, cool self.