Even folks who aren’t Mac & Cheese fans, love this hot and spicy, chile-laden version. Inspired by the famous Roaring Fork in Scottsdale. 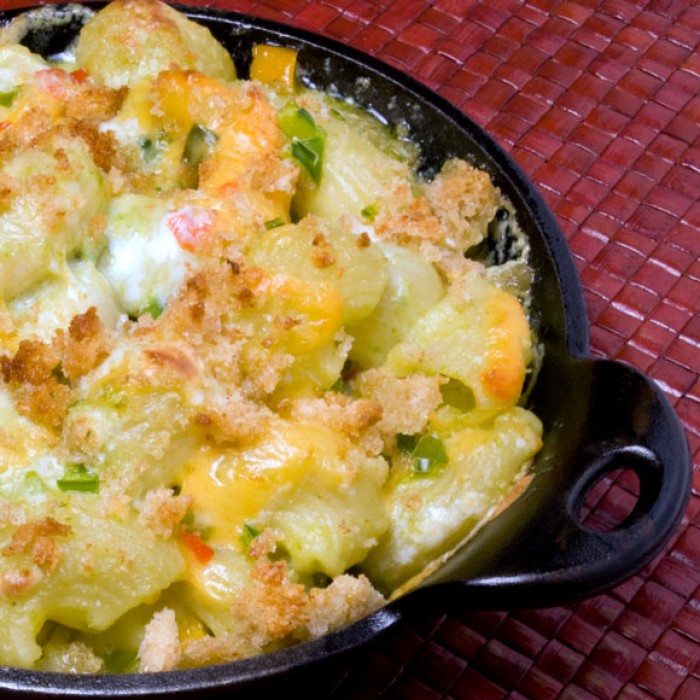 If the great number of Google searches from around the globe that land on LunaCafe’s doorstep each week signify anything, then EVERYONE IN THE WORLD is looking for Chef Robert McGrath’s Green Chile Mac & Cheese recipe, which is a specialty of the Roaring Fork restaurant in Scottsdale, Arizona.

This frantic searching is a bit perplexing because the recipe is readily available in Robert’s most excellent homage to cowboy cuisine, American Western Cooking, which should definitely be in every good cook’s library. So, for the price of a cookbook, which is chock full of bold and delectable dishes that you will make again and again, you get the Green Chile Macaroni recipe. (If I haven’t convinced you to buy the book, you can go here instead and get the recipe for free.)

But before you shout HOORAY and run off to get the recipe, I must in good conscience tell you this one little thing. 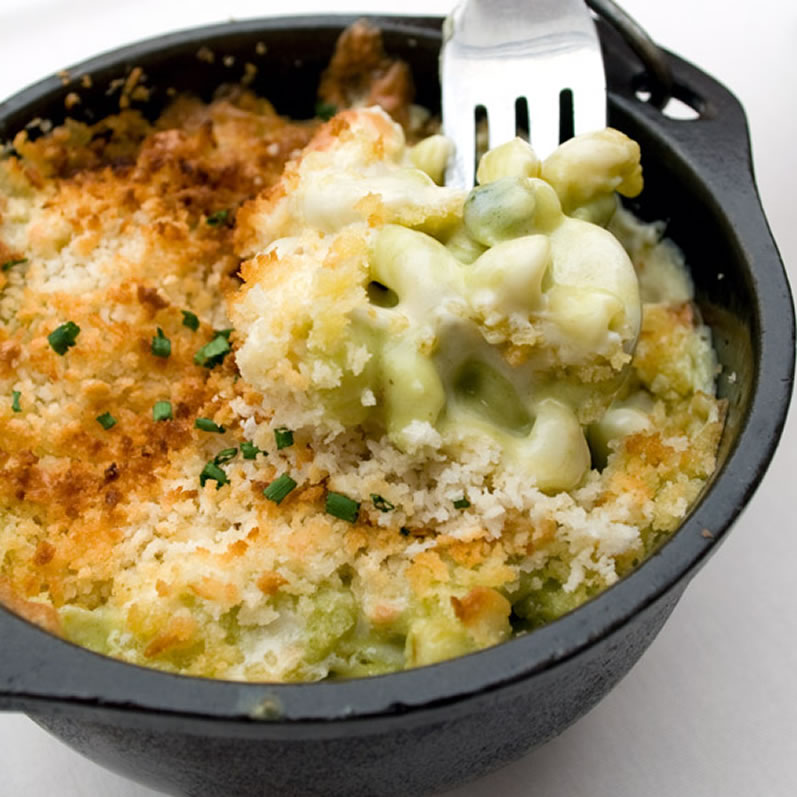 I know this because I’ve tested the recipe THREE TIMES, revising each test in the direction of my taste memory and photos of the dish. The basic issues with the available recipe, as compared to the restaurant version, are as follows: