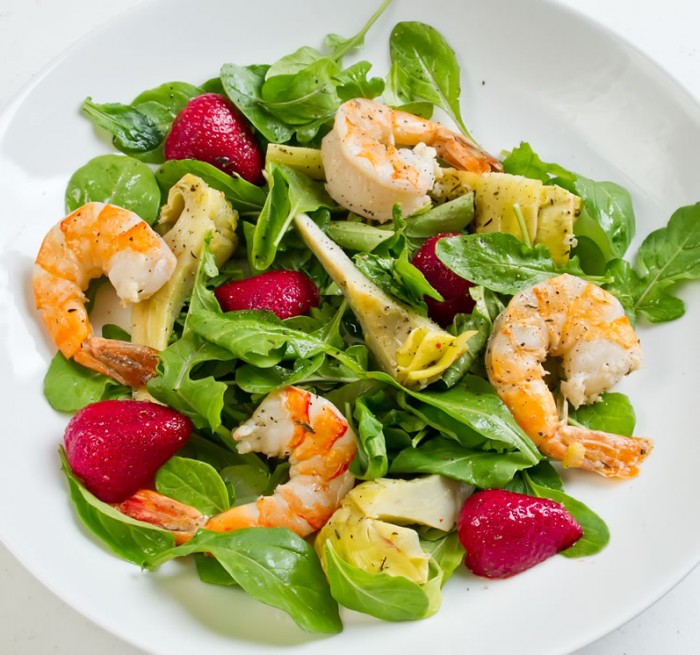 I think of myself as a component kind of cook. Just as I prefer a wardrobe full of separates that I can mix and match as fancy strikes, I also like to mix and match culinary components. What I learn from one dish always has ramifications to another dish later.

Take this new salad for instance. I am in the lingering thrall of the Lemon & Thyme Marinated Artichokes posted last week. They were so good that I can’t get them out of my mind. We had barely finished the first batch of artichokes, and I had another batch marinating in the fig.

But what to do with them? An arugula and prawn salad came to mind almost immediately. Then an odd idea occurred. How about including strawberries? 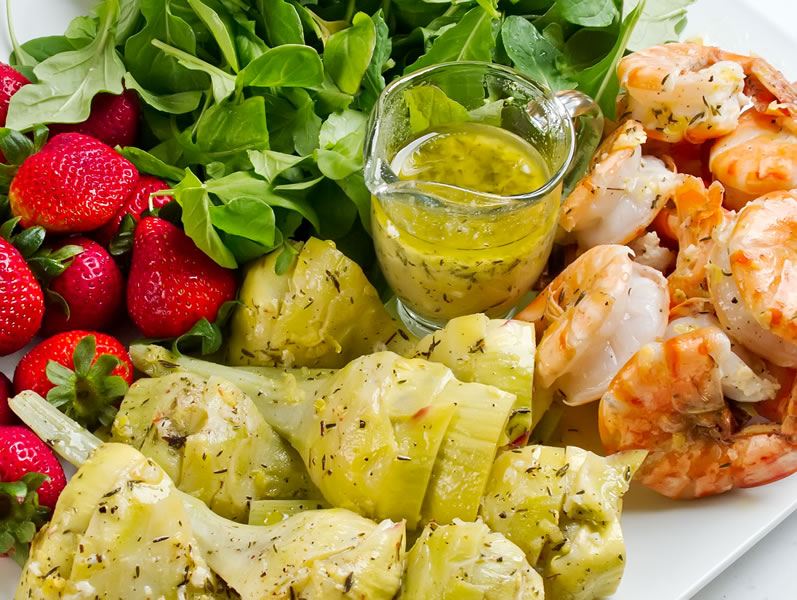 After all, foods that grow within the same region and in the same season usually make wonderful pairings. Plus, tomatoes and artichokes are great flavor partners, and oddly enough, molecular scientists now say that strawberries and tomatoes are so similar molecularly that they can be used almost interchangeably.

The salad looked and smelled wonderful, but I took the first bite with some trepidation. Strawberries with artichokes? No need to worry. The combination is divine, with the strawberries adding just the right measure of bright pop to every other bite of the salad. It’s like having the palate cleanser in the same dish with the richer ingredients.

I have just enough of everything left to make this salad again tomorrow. I hope MauiJim can wait that long.

Even though the artichokes take a bit of time to prepare, the result here is well worth it. Large globe artichokes are specified, but baby artichokes will work beautifully as well. You will notice that the prawns are sauteed in the shell. This method intensifies the flavor of the prawns, and thus I heartily recommend it. If you have guests to impress, this salad should do it.