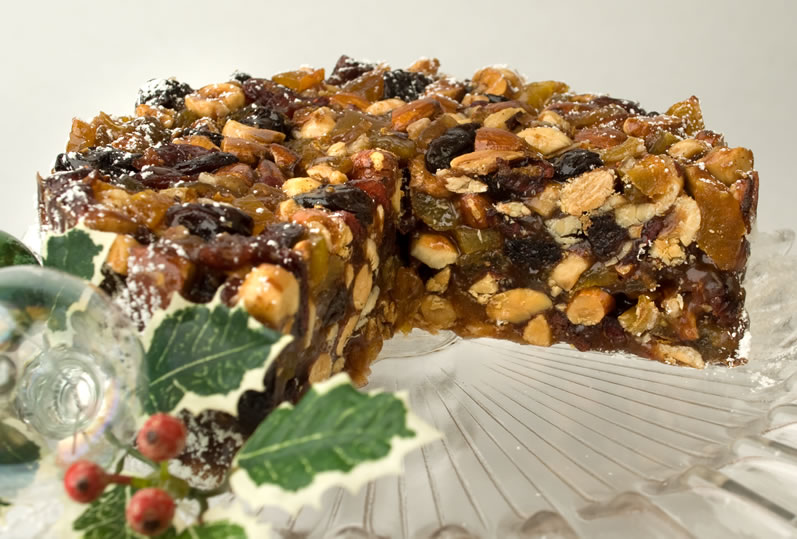 A dried fruit and nut laden Christmas specialty of Siena, Italy, panforte (pronounced pan-FOHR-teh; variously called Panpepeto, Siena Cake, Panforte di Siena, Panforte Nero, and Panforte Margherita) is often described as a type of fruitcake. To call it a cake of any type, however, is misleading. It doesn’t fit my definition of cake.

It also reminds me nothing of Lebkuchen, a German gingerbread-type cookie, which it is also said to resemble, probably due to the inclusion of honey and warm winter spices in both. But no, it’s not a cookie. 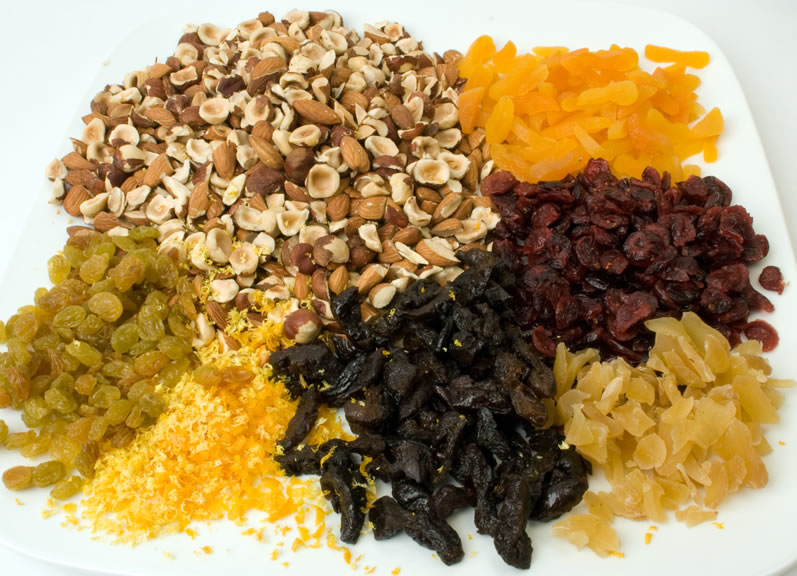 Instead, panforte, as I have just recently discovered, is a fantastically chewy, honey-caramel enrobed mixture of a luxurious variety of toasted nuts, dried fruits, and magical spices, usually dusted generously with powdered sugar.

In essence, it’s a caramel confection. And I can’t think of anything I’ve EVER eaten (including all those fabulous cookies I just finished baking) that shouts CHRISTMAS more than this highly aromatic, chewy, gooey, distinctively spiced, and glistening confection. It’s pure magic!

Panforte dates back to at least 13th century Tuscany and many stories claim even earlier and more exotic origins. According to documents dated 1205, Panforte was paid to monks and nuns of a local Italian monastery as a tithe, which was due on the seventh of February that year. There are also references to the Crusaders carrying panforte with them on their quests and to the role of panforte in sieges in which the food supply became depleted. 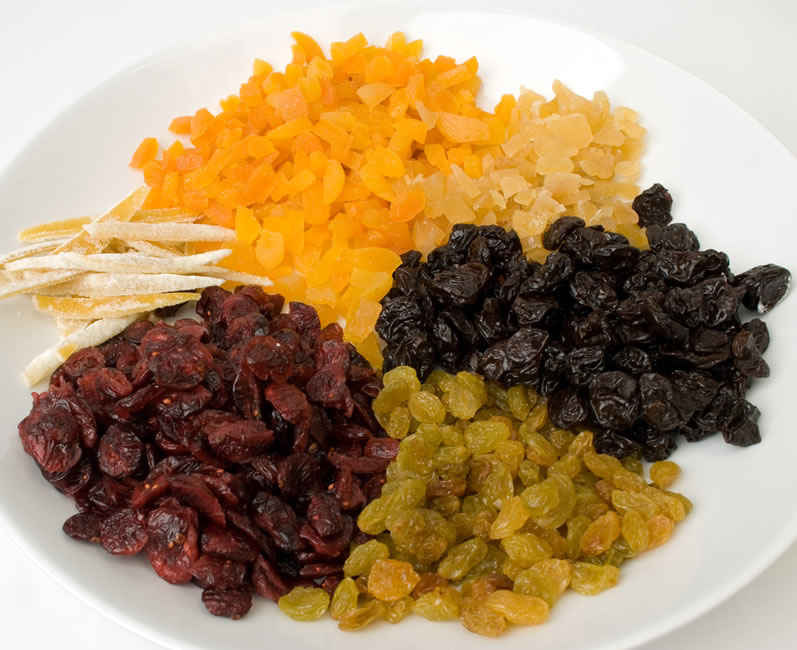 Panforte literally means “strong bread” which refers to its heady spicing. The original name was panpepato (peppered bread), due to the large amount of pepper used in medieval renditions of the confection. Today, this type of panforte is often called panforte nero (black strong bread), and along with panforte Margherita, is one of the two most popular versions of this Tuscan specialty. Panforte Margherita is the lighter version and typically does not contain pepper, cocoa, or chocolate.

Today, there are many shops in Italy that produce panforte, and each recipe is a closely guarded secret. Typically, a small wedge of panforte is served after dinner with coffee or a dessert wine. However, as I’ve recently discovered, if you have it on hand, it’s difficult not to snack on it ALL DAY LONG. To save myself, I have had to wrap it in several layers of plastic wrap and foil (to keep the aroma inside the wrapping), remove it from the kitchen, and store it outside on the covered deck in the cold pantry cabinet. We’ll see if that helps. 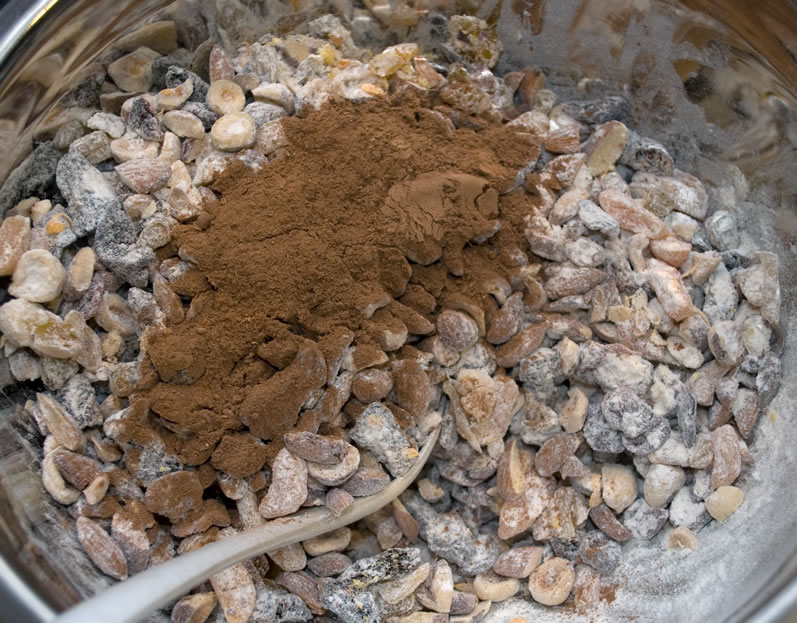 How to Make Panforte

The process of making panforte is fairly simple. Toasted nuts and dried fruit are combined with candied or freshly grated lemon and orange peel, a heady mixture of ground spices, cocoa (often), and flour (usually). Then honey and sugar are boiled to the soft ball stage to make caramel syrup. The syrup is poured over the nut and fruit mixture, mixed thoroughly, spooned into a baking pan, and baked for a short while to bring the caramel to the hard ball stage, at which point it will hold its shape when cold. 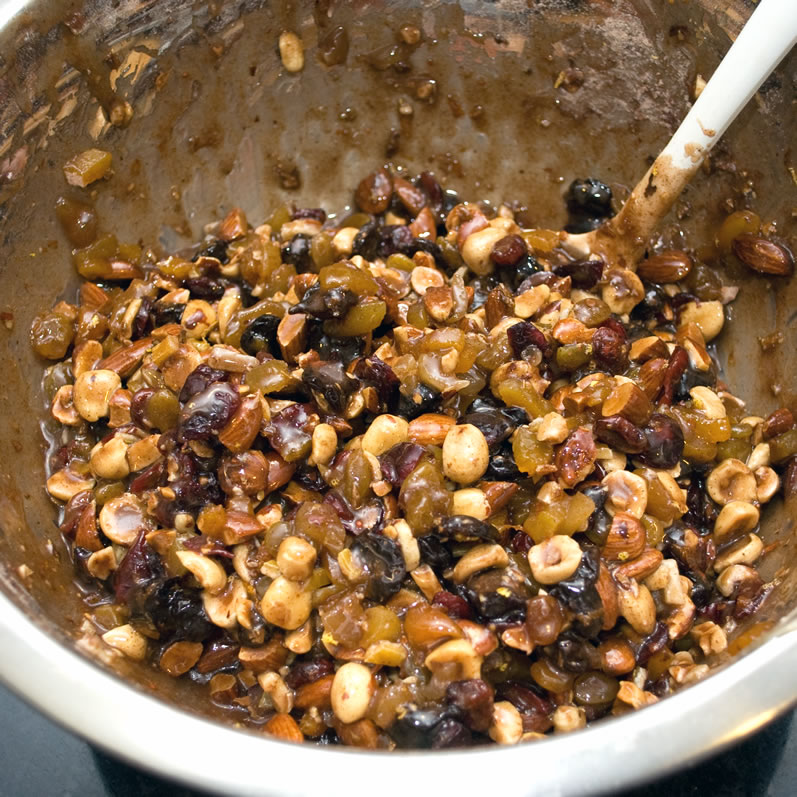 Nothing to it, eh? Well, maybe not, but as I surveyed a wide range of excellent resources to try to zone in on the best method, I notice a lot of variation in the most crucial aspect of this confection, namely the making of the caramel, which is begun on the stove and completed in the oven. If you blow the caramel, you blow the panforte. 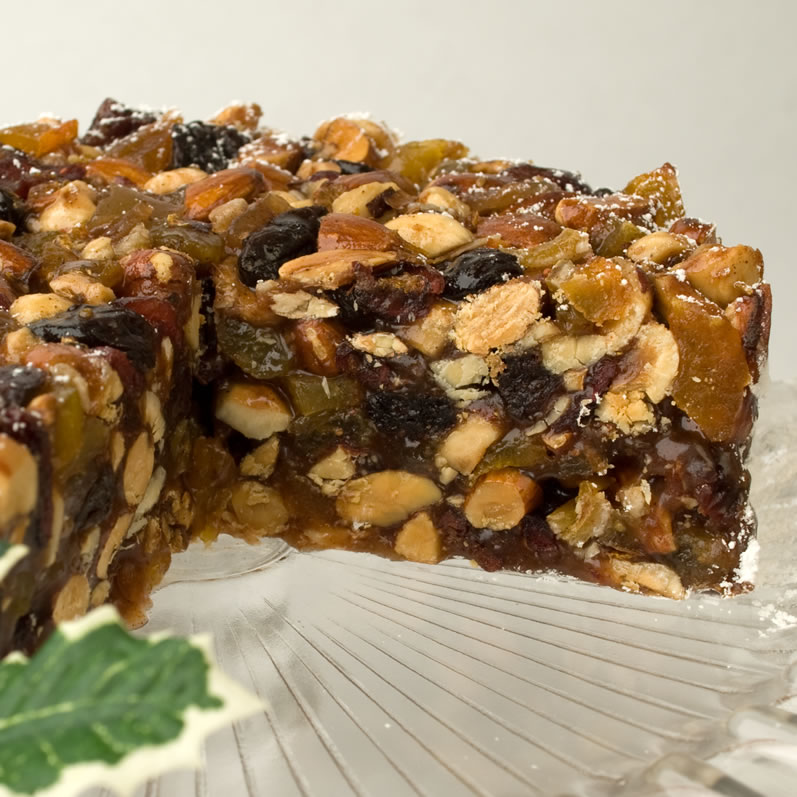 What top culinary pros say about this critical step

Paraphrased, with my notes in red text:

So after repeated testing, I am proposing Alice Medrich’s no thermometer method in my recipe below. 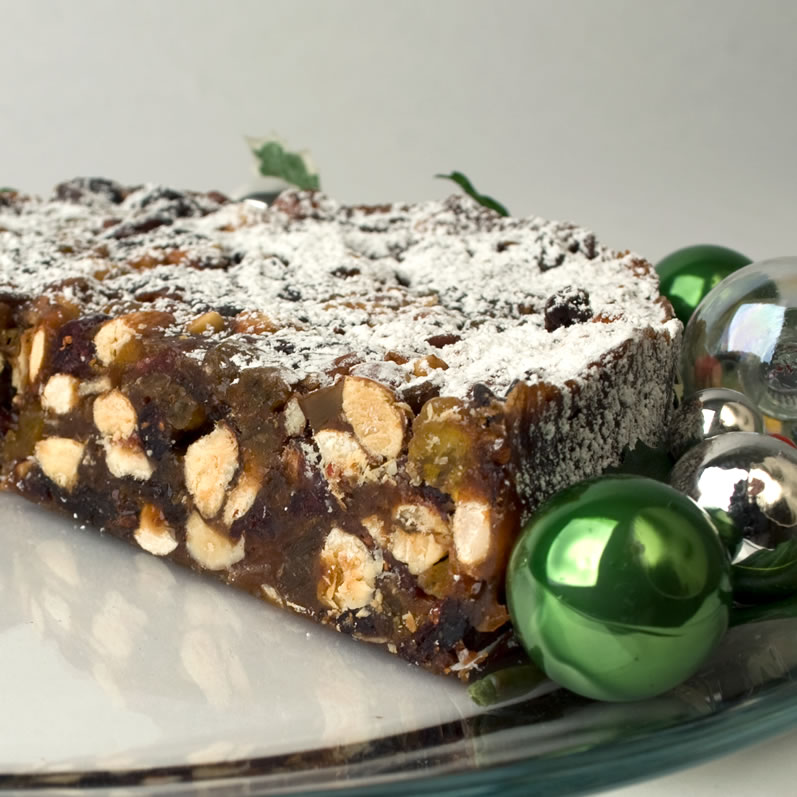 A few other things I verified in testing