This warm, Asian-inspired salad with Creamy Sesame Ginger Dressing looks as pretty as it tastes. 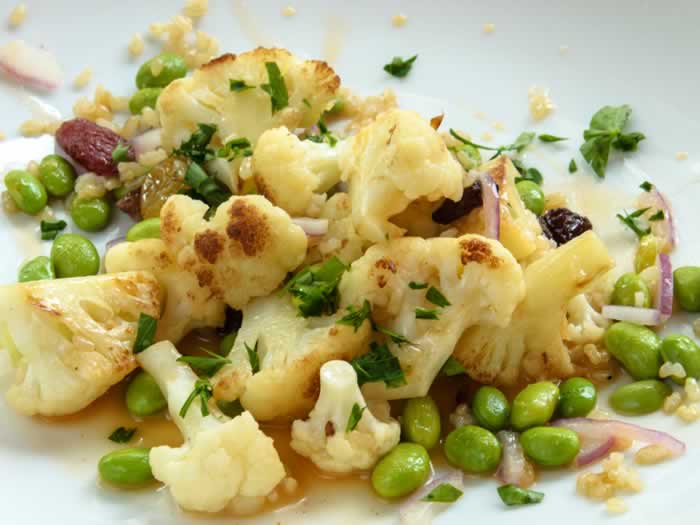 Too often, I stare at creamy white, firm heads of cauliflower in the market and then pass them by for lack of inspiration.

Well, not this week. Enough is enough. I pounce on the most beautiful head of cauliflower in the stack and set it in my cart. 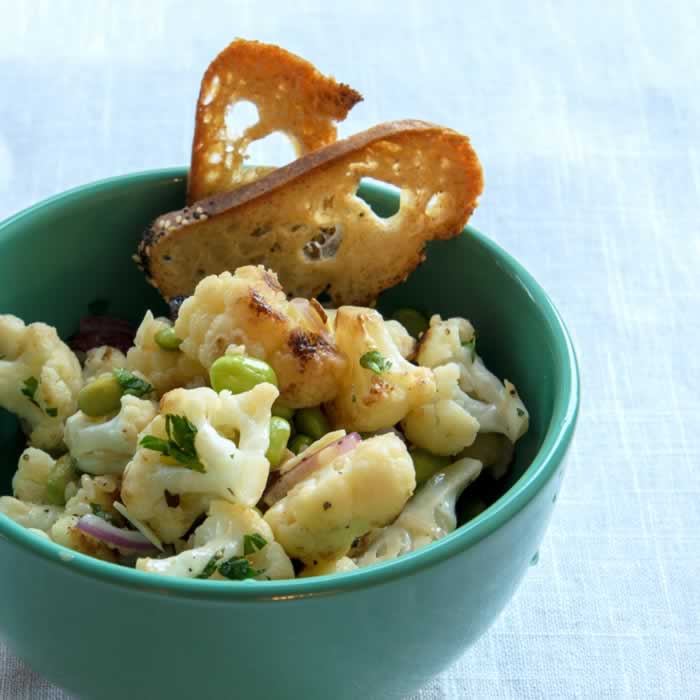 Then, as often happens with a clear decision, the next step presents itself. A carton of shelled Edamame beans appear. What a gorgeous green! Now I have two ingredients, and an Asian theme is emerging. 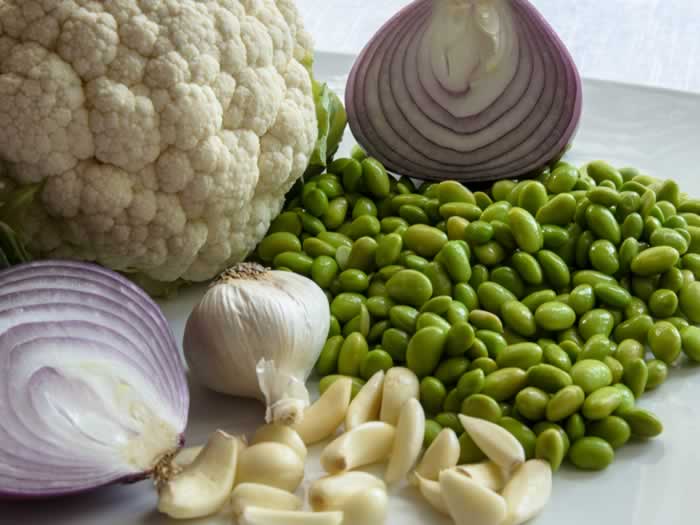 But I’m a bit nonplused when a bag of huge multicolored raisins makes its way into the cart. They sparkle like translucent jewels in the see-through packaging. MauiJim is crazy for raisins. 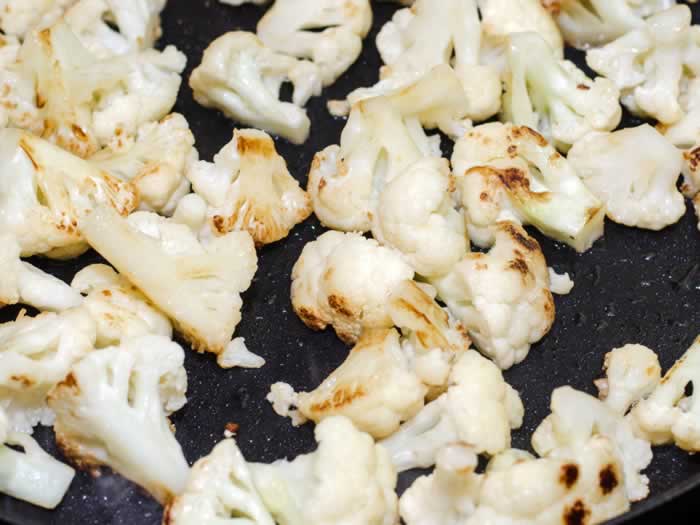 So even though I can’t recall an Asian-inspired dish containing raisins, I give it a go with cauliflower, edamame, and creamy, spicy sesame ginger dressing, and voilà … warm cauliflower salad with edamame and raisins. 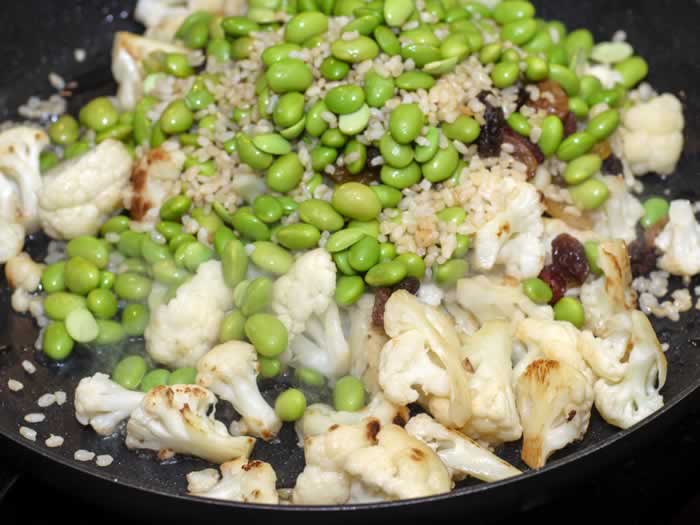 There are several ways to cook cauliflower. You can boil it, steam it, roast it, deep fry it, stir-fry it, or saute it. I love the saute method, because you control the crunch level of the cauliflower and also give it a little color. 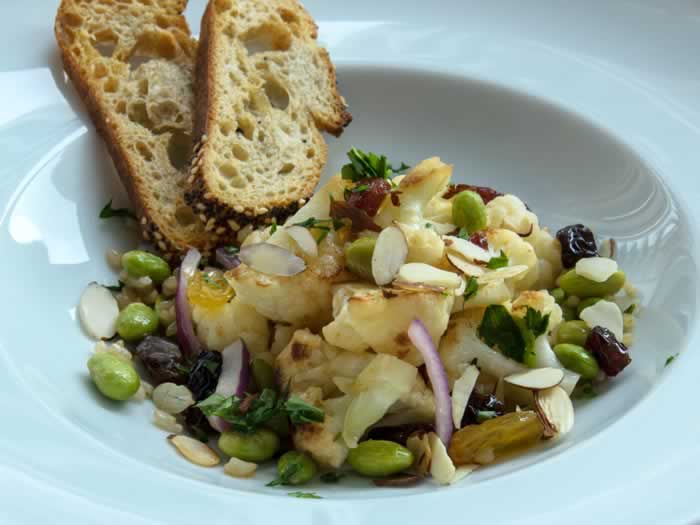