The lightest, fluffiest, springiest, tastiest, best ever marshmallows in the entire universe. 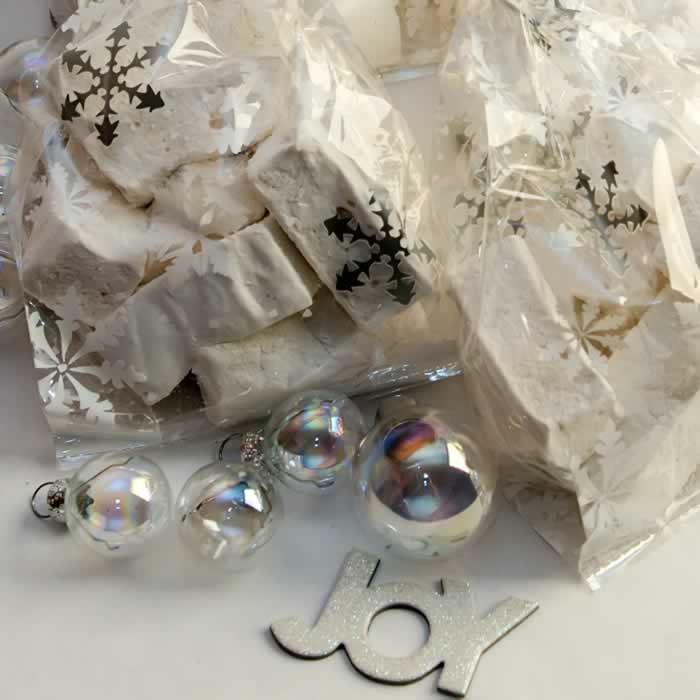 Okay, I know there are a zillion recipes for homemade marshmallows on the web, each claiming to be the lightest, fluffiest, springiest, tastiest, BEST marshmallows in the entire universe. But I’m giving you a marshmallow post this holiday season anyway, because:

Formulas abound, but as simpler is often better, I planned to start with the simple recipe presented in Sticky, Chewy, Messy, Gooey. If you don’t have this marvelous little cookbook, run-don’t-walk to your local bookstore and grab a copy (or several for presents).

But then, in the nick of time, I noticed that the formula does not specify egg whites. What? No egg whites?

A quick expedition to the pages of Oh Fudge and then The Craft of Baking verified that this is not a mistake. (And here I was ready to blame some over worked, completely innocent editor.) This was perplexing, because many of the homemade marshmallow recipes I see on food blogs incorporate egg whites and several are close derivatives of this homemade marshmallow.

I had always assumed that marshmallows were kissing cousins to meringue. Don’t they look and taste like heaven-kissed meringue? The idea that traditional marshmallows contain no egg white at all is just—well–unimaginable. 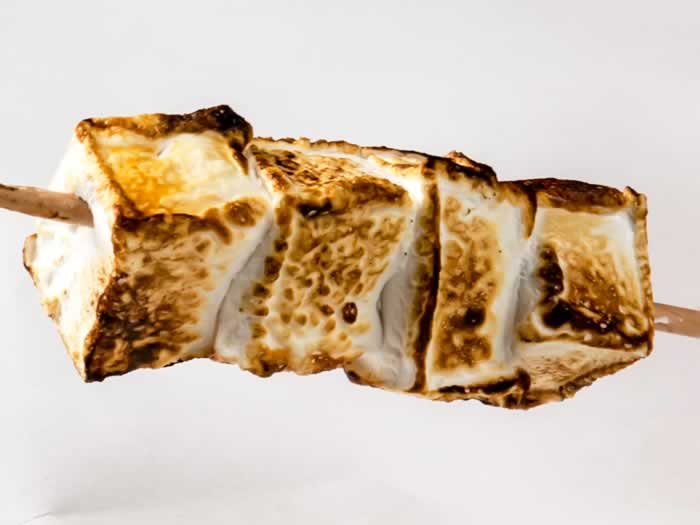 Deb Perelman of Smitten Kitchen fame claims that egg whites make marshmallows loftier, fluffier, and easier to make. She had a heck of a time on her first attempt with the traditional no egg white formula. Then on her second try, she added egg whites and voila: springy, fluffy marshmallows with a fraction of the mess.

However, I went about this exploration in the opposite way, first testing the traditional, no egg white formula. (I may never get to the egg white formula, as the results as the marshmallows I am sharing with you are perfect in every way.) 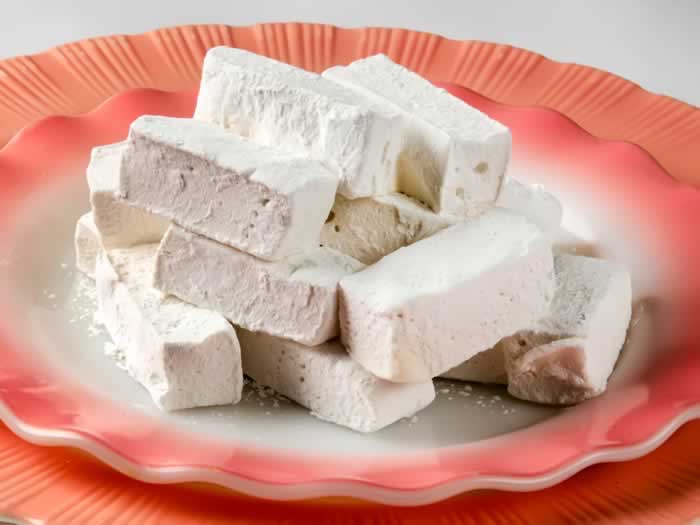 Inspiration from Around the Web